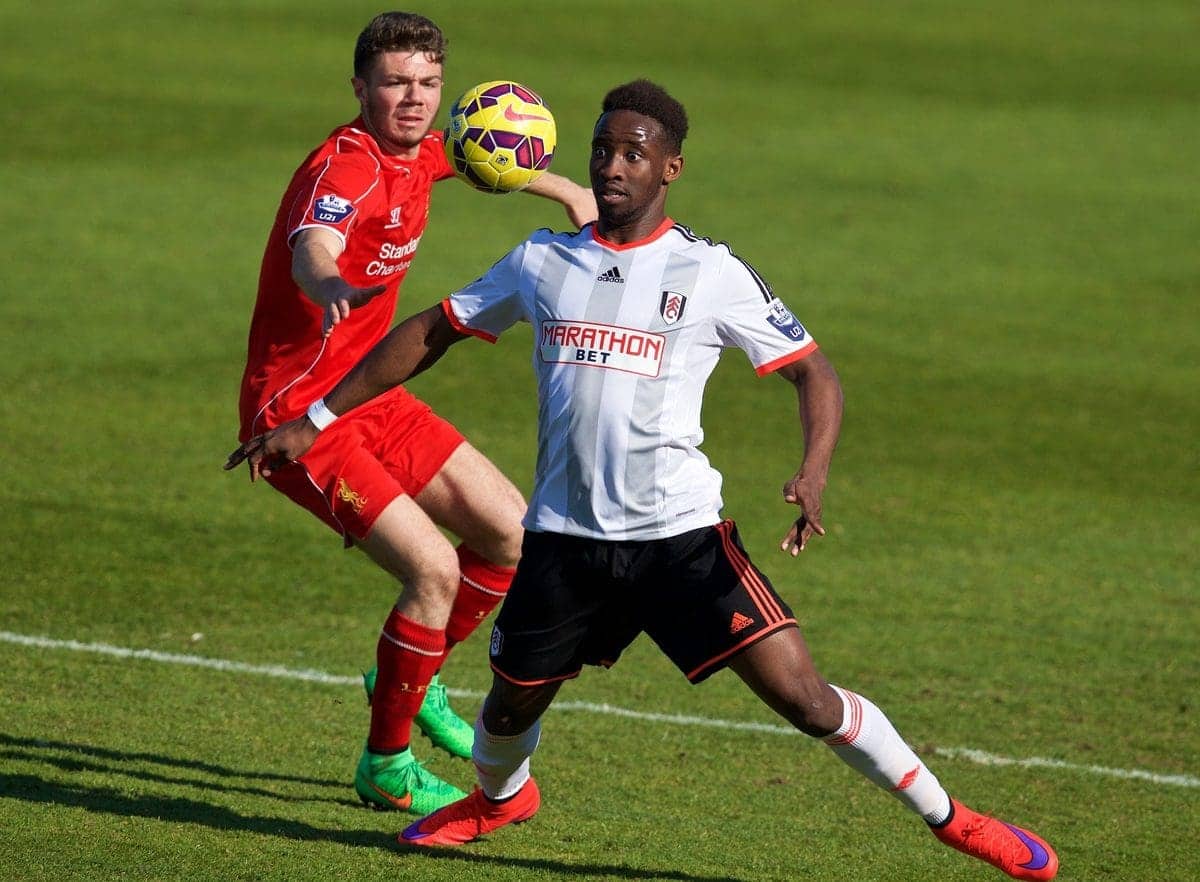 Fulham’s 19-year-old striker Moussa Dembele is one of the most promising young talents in French football, and could be on Liverpool’s radar this summer.

Dembele joined Fulham from Paris Saint-Germain in 2012, and has enjoyed a steady progress into the Cottagers’ first team, having made 57 appearances for the club so far in all competitions.

At just 19 years old, this underlines Dembele’s potential, and despite Fulham’s best attempts at keeping him at Craven Cottage beyond the end of the season, the striker looks likely to leave on the expiry of his contract this summer.

According to French newspaper L’Equipe, this has seen Liverpool declare their interest, though the Reds could battle other top European sides, such as Juventus, for his signature.

A pacy, powerful, 6’0″ striker, Dembele has all the attributes to become one of Europe’s most formidable attacking stars.

This season, he has scored 12 goals in 36 Championship appearances as Fulham battle relegation from England’s second tier.

Fulham’s precarious position is no marker of Dembele’s quality, however, with the clubs believed to be interested in the Pontoise-born striker a more accurate measuring stick.

Both Liverpool are Juventus are said to be pushing to sign Dembele this summer, while Bayern Munich have registered their interest in the past and the striker himself has declared his long-term ambition to return to PSG.

Most prominently, Tottenham Hotspur saw a January move for Dembele dissolve at the 11th hour, after Spurs rejected Fulham’s negotiation of a loan move back to the club for the rest of the season.

Having undergone a medical at White Hart Lane at the end of the winter transfer window, Dembele could return to Mauricio Pochettino’s sights this summer—where his signing would require a tribunal fee.

With Christian Benteke likely to leave Liverpool this summer, Dembele would provide Klopp with another centre-forward option in the mould of Divock Origi and Daniel Sturridge.

But whether Dembele is the ideal option to bolster the Reds’ attacking line remains to be seen.