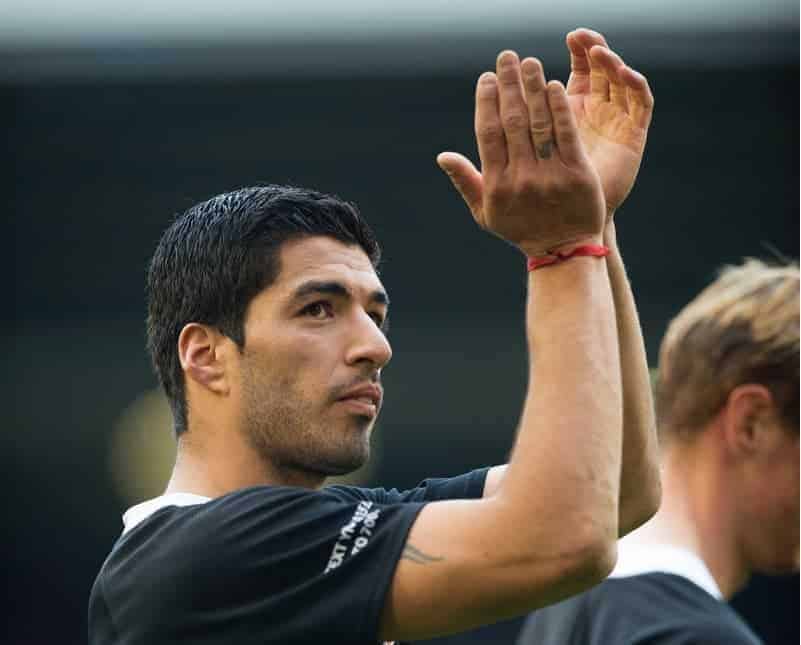 Former Liverpool striker Luis Suarez returned to Melwood on Tuesday morning, with Mamadou Sakho sharing a video of the Uruguayan on social media.

With Barcelona enjoying a rare free week without a game, Suarez decided to come and catch up with ex-teammates and watch his former club training.

Suarez spent the morning at Melwood, accompanied by his son Benji and daughter Delfina, and an Anfield source told the Liverpool Echo: “Luis is on holiday from Barcelona, and so has come to spend time with his old friends. We have relaxed the visitor regulations for him. He’s just chilling out in the canteen with his little girl and boy and will watch training.”

Defender Mamadou Sakho uploaded a snapchat video to his Twitter account, with the Frenchman adding the caption “Special visit at Melwood this morning.”

The fact that Suarez wanted to return to Liverpool during a few days off says a lot about how highly he regards the club.

He recently told Jamie Carragher, in an interview with the Daily Mail, that “if I had to return to the Premier League, I would only go to Liverpool.”

‘El Pistolero’ is enjoying a stunning season with Barcelona, scoring 42 goals in just 41 appearances, and there is a strong argument to say that only Lionel Messi is better in the world currently.

The South American enjoyed three and a half wonderful years as a Liverpool player, scoring 82 goals in 133 matches. To some, he is the Reds’ most talented player in history.

Who knows, we may one day see him back in a Reds shirt. We can all dream.

It was a pleasure to see you at Melwood today, @LuisSuarez9! pic.twitter.com/UGKbcg5PnW