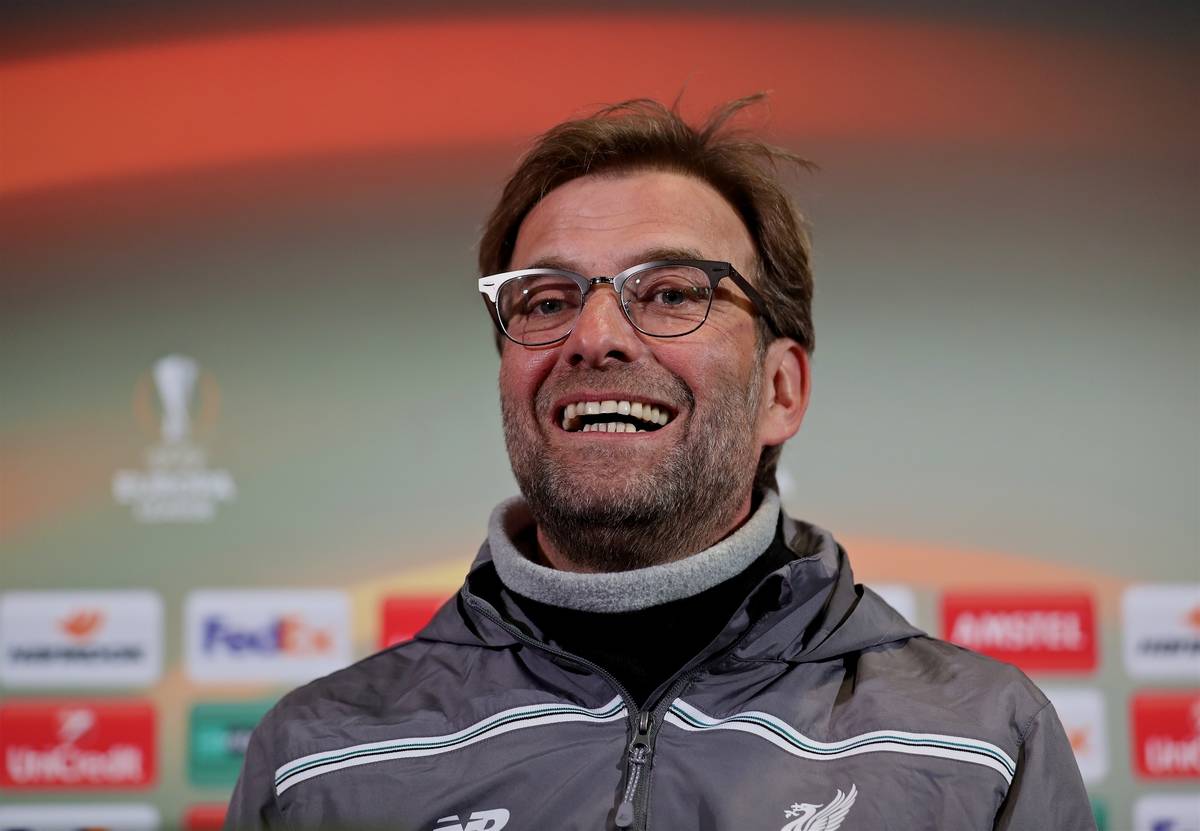 Jurgen Klopp says he has no anxieties ahead of Liverpool’s Europa League tie against Manchester United on Thursday night.

The Reds take a 2-0 lead into the second leg after goals from Daniel Sturridge and Roberto Firmino sunk Louis van Gaal’s side at Anfield a week ago.

Speaking at his pre-match press conference at Old Trafford, Klopp was asked whether he has any worries ahead of the conclusion of the tie. “Not worry, no. It’s football and the ball is round!

“Everything can happen and that’s how it is. But I’m not scared or afraid, it’s football!”

“We have the chance and we made our position better in the first leg.

“It’s really hard work. I have no problem with this, I knew it before the draw, after the draw, before the first leg, and now we are here.

“But it’s better now. We don’t have to wait another five days for the game.

“We want to take this chance for us, that’s all.”