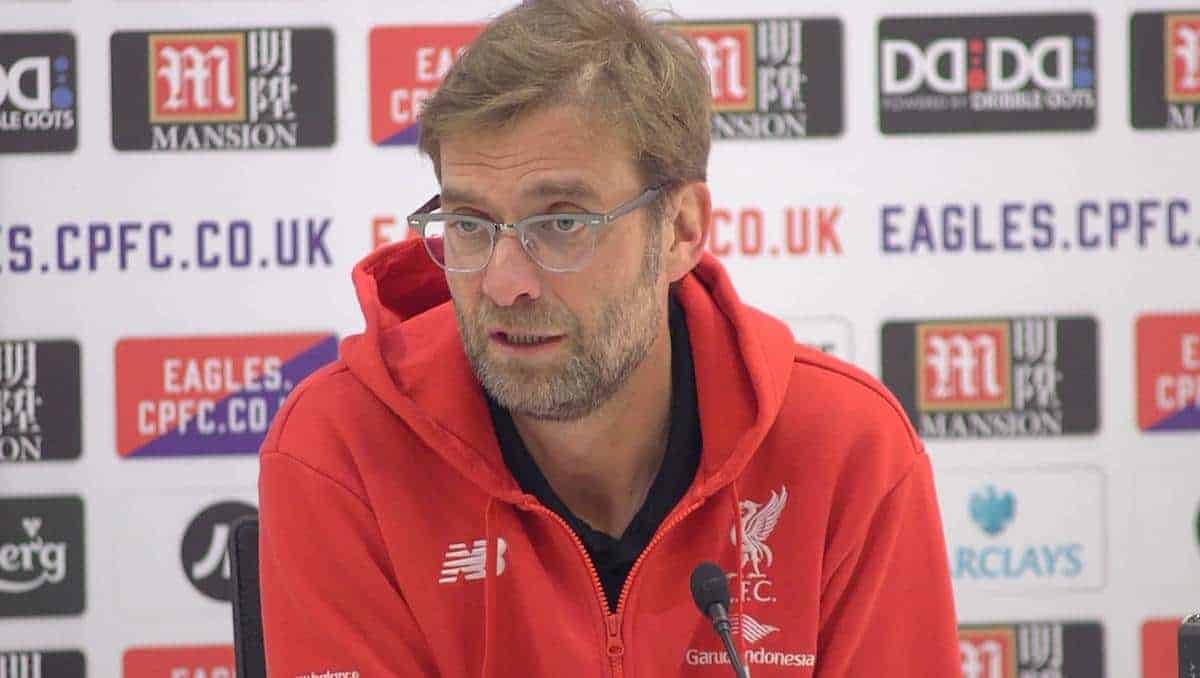 Much of the questioning was around the last gasp penalty awarded to the Reds in stoppage time, which Christian Benteke cooly dispatched to give Klopp’s side a third successive league win for the first time this season.

“If you run and you get this touch – you fall down!” said Klopp.

The boss was delighted with his side’s attitude to come from behind despite being a goal and a man down, saying: “We concede the goal, then we get the red card, then you have nothing to lose anymore.”

Klopp also discussed Alex McCarthy’s mistake that led to Roberto Firmino‘s equaliser, the Reds’ defending on set pieces, and the strength of the bench.

“If someone is angry they don’t start – no problem, show it on the pitch,” said the German.