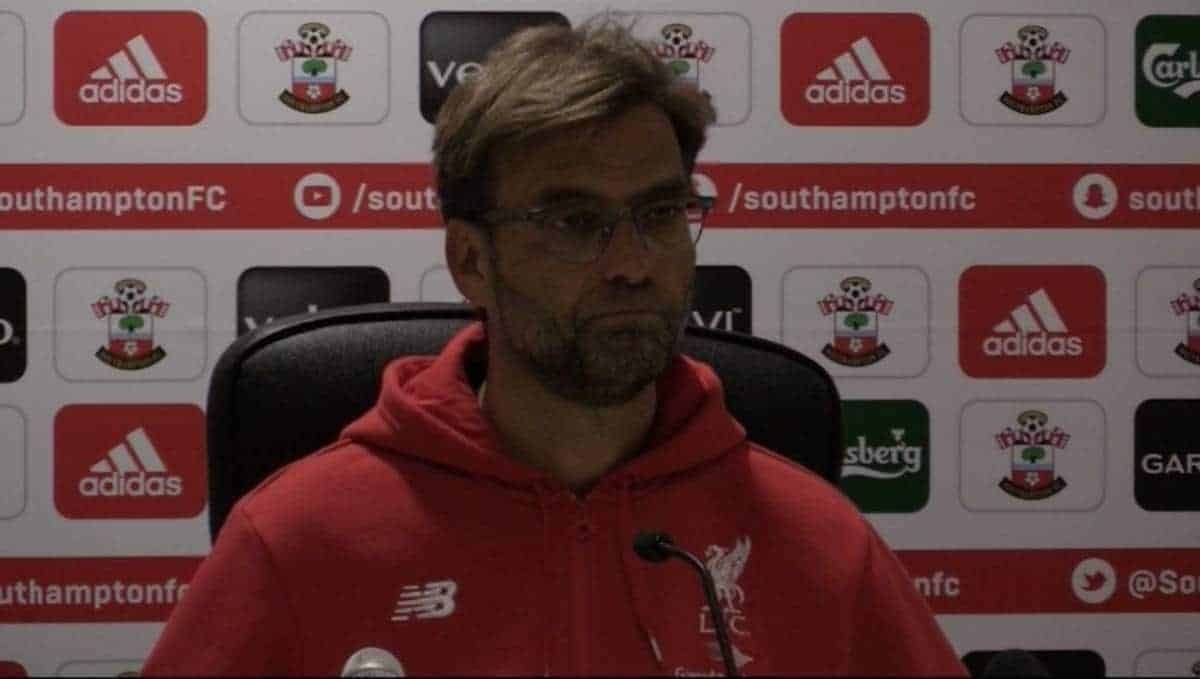 Watch Jurgen Klopp reflect on Liverpool’s 3-2 defeat at Southampton in the Premier League.

This was very much the game of two halves, and Klopp was asked why he subbed Dejan Lovren for Martin Skrtel at half time.

“His yellow card”, he said. “I thought the end of the first half, he looked not completely free of the emotion of the stadium.

“We lost formation in the second half. We couldn’t avoid these long balls to Pelle anymore.”

“I don’t feel brilliant. But it’s football, I’m long enough in this to know it’s like this.”

“I’m not angry, I’m frustrated of course, because we got nothing.”

Klopp refused to give up on the top four chance: “Still 27 [points] to get, right? Nine games. We can get all of them. It is difficult; we don’t have to dream, we have to play football.”