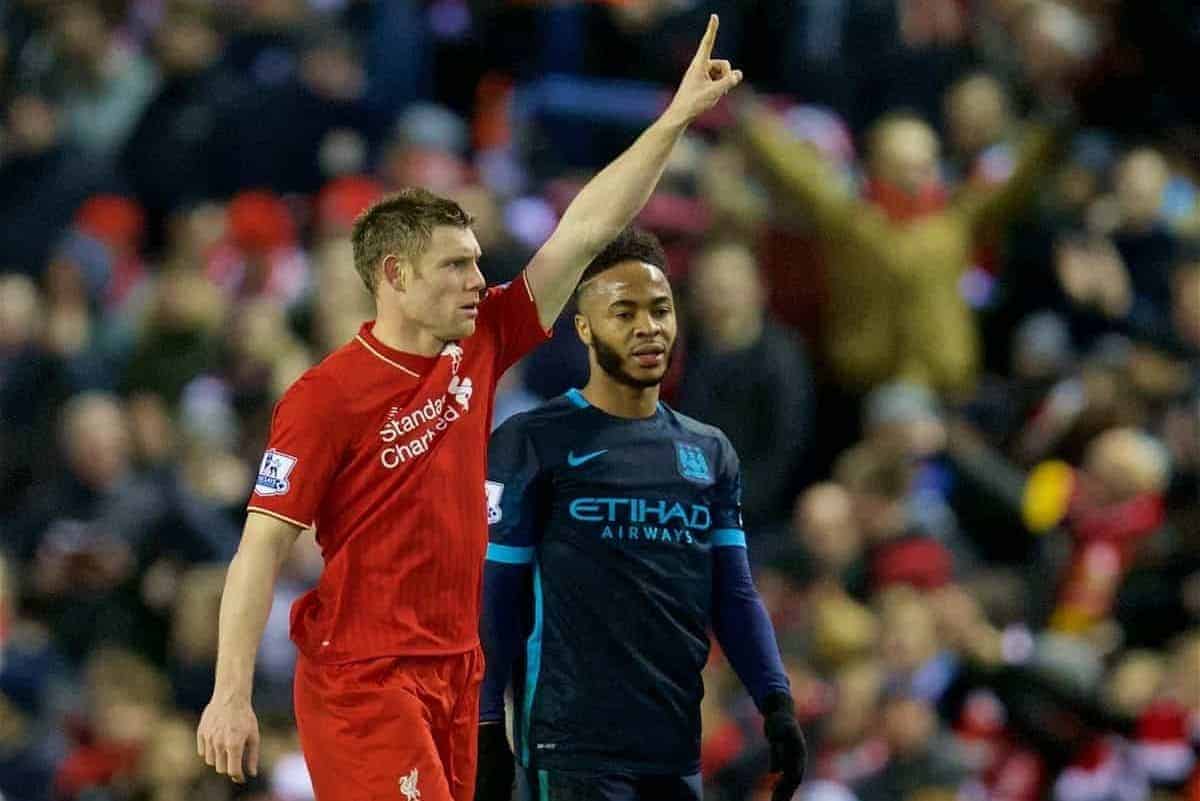 Liverpool eased to a 3-0 victory over Man City at Anfield on Wednesday evening, and we round-up how fans, journalists and ex-players reacted on social media.

Goals from Adam Lallana, James Milner and Roberto Firmino sealed an emphatic three points for Jurgen Klopp and his side, in what was one of their finest home performances of the season.

The win lifts Liverpool to seventh in the Premier League, as they look to finish their 2015/16 with a strong run of results.

Lallana's best game in a Liverpool shirt and we was playing centrally.

shankly96 on the forums:

Fantastic performance from all today. Flanno, Can, Lallana and Milner really stood out, roll on the next game.

Excellent performance. Best I've seen us in a long time. Lots of players playing for their futures. The kick up the arse paid off!

Wow, what a game that was! Whole team was superb tonight. Was especially sweet to see how badly Sterling struggled, Flanno’s challenge on him early on set the tone for the rest of the game.

Well done Liverpool, immense tonight, from front to back, brilliant to watch.

Wish we could play like that every week, so many good performances out there tonight, bossed city all game #LFC ??

Wouldn't change being a Liverpool fan for anything.

Fester on the forums:

Shame it was in the cup final, but Liverpool have now only conceded one goal in their last five matches.

Great performance. Had City under pressure all game when they had the ball. Noticeable how more defensively sound we looked with Flanagan.

Is that now 8 goals and 9 assists for Firmino this season?

City only had 3 shots tonight, midfield closed down everything and were just brilliant.

There was much praise for Emre Can‘s performance in midfield:

Emre Can was brilliant tonight.

Emre can best player on pitch ??

Emre Can and Adam Lallana have regained possession an impressive 24 times combined this evening… pic.twitter.com/pwdmEeEvrH

Emre Can constantly winning back possession.

Emre Can has been fantastic today.

Emre Can rarely fails to impress me. At 22 years old, Klopp has a first team midfielder for years and years to come.

This is the type of game where even rival supporters can recognise why #LFC see Emre Can going on to be a world-class central midfielder.

Emre Can bosses the midfield.

His confidence is unbelievable.