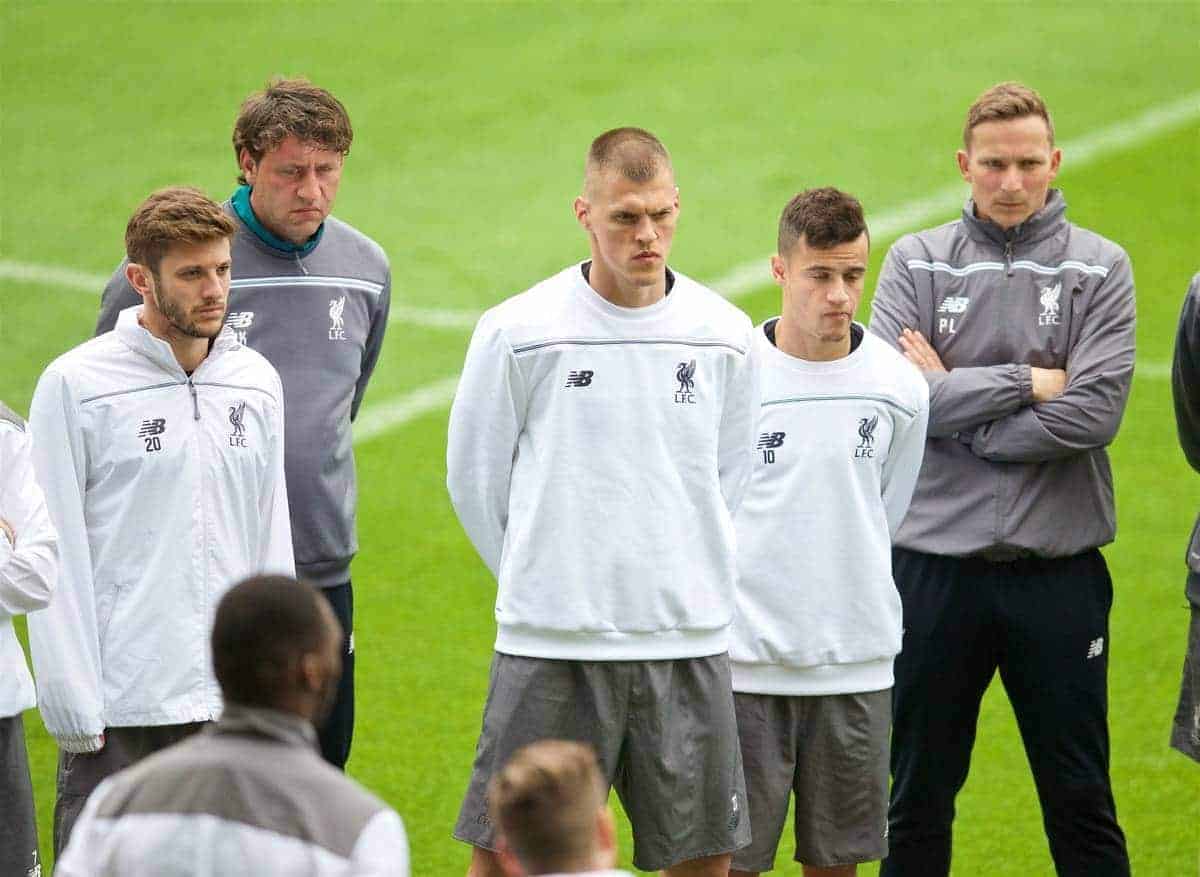 We take a look at how Liverpool’s starting team could look when they take on Villarreal in the Europa League last-four on Thursday night.

Jurgen Klopp’s Reds turn their focus back to the European stage as they reconvene their quest for Europa League glory against the Yellow Submarine.

Battling past Man United and title favourites Borussia Dortmund, the Reds have certainly had to do it the hard way so far, and they face another tough task against Marcelino’s men who have won all six of their home games in the competition.

After an emotional few days on Merseyside, the Reds will need a big performance to return home with a positive result, which is made even harder with some key men unavailable, giving Klopp a depleted group for the first leg. After making five changes to team against Newcastle – with one enforced due to Sakho’s unavailability – Klopp is set to return to his strongest team on Thursday night.

The Reds are therefore likely to set-up in a 4-2-3-1 formation once more, with Toure again entering for Sakho in the back four, and Lucas and Milner again forming the midfield partnership, keeping Allen held in reserve.

Lallana, Coutinho and Firmino can then operate in a hard-working but creative and technically gifted attack in support of Sturridge, and that would see Liverpool look like this at Estadio El Madrigal: However, Klopp could consider revisiting a 4-3-3 set-up in Spain, having used it successfully in the away tie in Germany against Dortmund.

Keeping the expected back four the same, Lucas and Milner could be joined by Allen – who could perform a key role in a game the Reds need to control – to form a three man centre, with Coutinho, Firmino and Sturridge forming the attack.

Those changes – with Lallana preserved for impact from the bench – would see the Reds look like so on Thursday night: Another special European triumph may only be three wins away, but the Reds must take one step at a time, starting with securing a positive result in Spain to return to Anfield with.