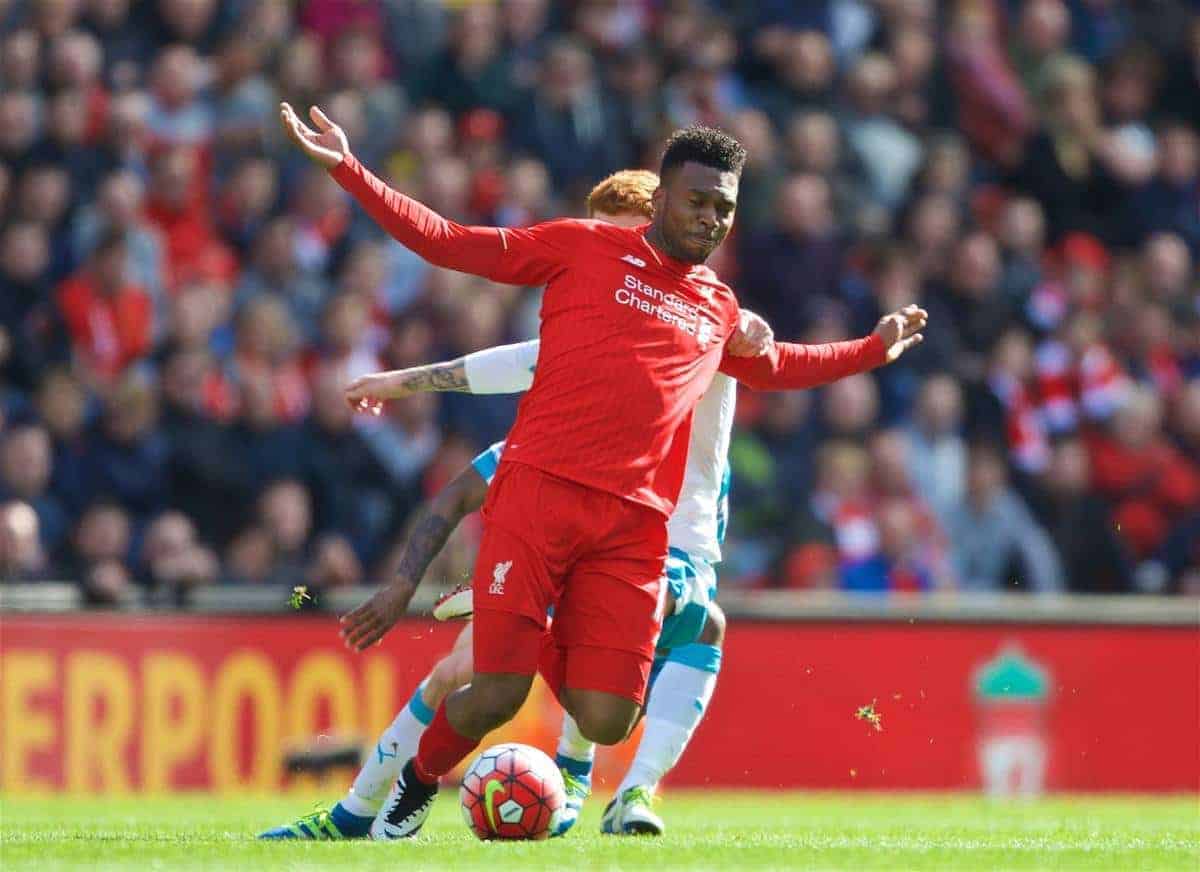 After Liverpool drew 2-2 with relegation battlers Newcastle at Anfield on Saturday, we review how the media reacted to the eventful stalemate.

Jurgen Klopp’s Reds surrendered a two-goal lead for the third side this season, helping Rafael Benitez claim a precious point on his emotional return.

First half goals from Daniel Sturridge and Adam Lallana put the Reds well on the way to securing a fifth straight victory, but strikes from Papiss Cisse and Jack Colback after the break completed a spirited fight-back, compounding a poor second half from Klopp’s men.

It was very much a case of two points dropped for Liverpool, who were denied the ideal preparation they hoped for ahead of Thursday night’s crunch Europa League semi-final first leg with Villarreal.

An afternoon of disappointment for reasons off-pitch as much as those on the field of play, reporters summed up a forgettable day at Anfield:

The Liverpool Echo’s James Pearce felt it was a day that the Reds’ “bubble burst”:

Liverpool’s bubble had been burst before a ball was even kicked at Anfield. What followed merely served to deflate them still further.

Rocked by news of Mamadou Sakho’s failed drugs test, the Reds then carelessly tossed away two points as they somehow allowed relegation-threatened Newcastle United to escape with a draw.

The Guardian’s Andy Hunter wrote on “a day to forget”:

A day to forget for Jürgen Klopp could ultimately prove one to savour for Rafael Benítez. Liverpool began the day under a cloud courtesy of Mamadou Sakho’s failed drugs test and Newcastle United’s stirring recovery from two goals down ensured they stayed there.

Ahead of kick-off, it was an afternoon that Liverpool wanted to forget, with the club confirming a Uefa investigation into “a possible anti-doping violation” by Mamadou Sakho.

At the final whistle, that feeling was no different as Jurgen Klopp‘s side surrendered a comfortable 2-0 lead to draw 2-2 with Newcastle.

Pearce also felt it was far from ideal preparation ahead of Thursday’s vital semi-final clash with Villarreal:

This was hardly the ideal preparation for Thursday’s crunch Europa League semi-final first leg with Villarreal.

How Liverpool let slip such a commanding position was sloppy in the extreme. After failing to hold onto a commanding lead, reporters focussed on Liverpool’s poor second half showing, with some feeling that the collapse showed the Reds are already feeling Mamadou Sakho’s absence.

From there, however, the response was poor. No continuous attack, no inclination to play on the front. The zip and zest of the first half had petered out; so, too, Liverpool’s hopes of a fifth consecutive win, and the perfect preparation for Villarreal.

Reddy bemoaned the Reds’ complacency as they again wasted a two-goal cushion:

Just over a month had passed since the Reds’ last stumble, which followed almost the same script. Having being hugely comfortable 2-0 up against Southampton at St Mary’s Stadium, Liverpool capitulated in the second half and succumbed to a 3-2 defeat.

There was no real danger of them suffering the same fate against Newcastle, as they finished the stronger of the teams, but Klopp would have hoped that such complacency had been whipped out of his side.

The Goal reporter feels the Europa League is now Liverpool’s only hope of securing Champions League football after the draw:

The German’s attention will turn to the Europa League semi-final against Villarreal, with the competition now providing the only likely route back into the Champions League for the Reds.

In purely football terms, and Klopp could not say much about Sakho given the defender has until Tuesday to respond, Liverpool’s resilience in his absence was not encouraging.

Against a fairly lethargic Newcastle attack, neither Lovren nor Toure had much to do in the first half. That changed in the second half, and delivered a warning to Jurgen Klopp: Sakho will be a big miss.

Considering his contribution to the Reds’ transformation under Klopp, his absence represents another body blow.

Sakho is a big personality and a hugely popular figure both among supporters and in the dressing room. A void has been left that will take some filling.

A poor individual performance from Simon Mignolet saw the Belgian goalkeeper come under much scrutiny in the post-match reports:

He has improved so much under Klopp, but when sides like Newcastle choose to put him under pressure with long balls into the box, he is still suspect, and that is a problem going forward.

It’s like a batsman with a weakness to bouncers – the last thing you want to show, because you get bombarded.

Bad habits returned, not least between the posts as Simon Mignolet‘s blunder gifted Newcastle a lifeline.

The keeper’s failure to claim Vurnon Anita’s cross was punished by Papiss Cisse and Jack Colback took advantage of more hesitant defending when he restored parity.

Hunter felt Mignolet’s error for Cisse’s goal was the turning point of the game:

Benítez had asked his former club for a favour in his quest to preserve Newcastle’sPremier League status and the ex-Sunderland goalkeeper Simon Mignolet obliged.

Liverpool were coasting at the interval to a fifth straight win in all competitions but Mignolet’s mistake allowed Papiss Cissé to reduce the arrears and, from nowhere, Newcastle had a fighting chance.

Simon Hughes for the Independent echoed that exact sentiment:

Simon Mignolet’s decision to try and deal with a perfectly weighted cross by Vurnon Anita instead of allowing Dejan Lovren to contest a challenge with Papiss Cissé when he was positioned better, proved to be crucial because the Senegalese striker headed it in, making the score 2-1 just three minutes into the second half.

They were given a helping hand by Mignolet, who rushed out and missed Andros Townsend’s cross to gift Cisse the goal that sowed seeds of doubt in a Liverpool team that have been inconsistent for much of this season.

In his player ratings for ESPN, David Usher pulled no punches on his 4/10 performance:

It was a game in which the Belgian had very little to do, but when he was called upon he was found wanting, flapping at a Townsend cross to gift Newcastle their first goal. That gave the relegation-threatened visitors hope and although Mignolet was powerless to do anything about the deflected equaliser, the damage had already been done.

But on a positive note, Usher praised Adam Lallana for a man-of-the-match performance:

Liverpool’s best player in the first half. Showed his customary clever footwork and found the net with a beautiful curling effort from 18 yards. Kept going after the break and linked well with Milner down the right on a few occasions, but ran out of steam and was replaced by Sheyi Ojo for the final 10 minutes.