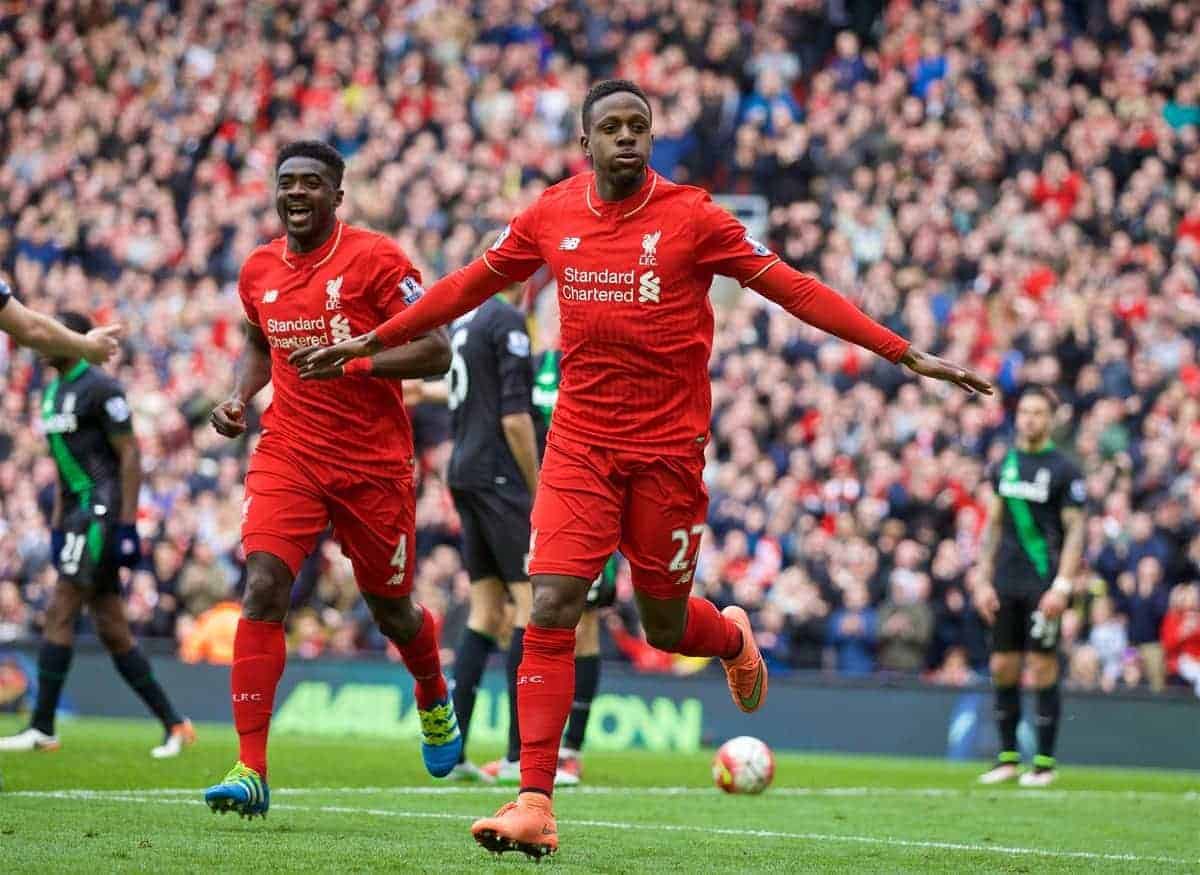 After a two-goal performance off the bench in Liverpool’s 4-1 win over Stoke City, Divock Origi has been lauded by Reds supporters. Liverpool got back to winning ways in the Premier League as they welcomed Mark Hughes’ Stoke to Anfield, building on a hit-and-miss first half to seal a 4-1 victory and leapfrog the Potters into eighth.

Goals from Alberto Moreno and Daniel Sturridge, as well as a brace from Origi, cancelled out Bojan Krkic’s first-half header, in a game that saw full debuts for Kevin Stewart and Sheyi Ojo.

Providing the Reds with the perfect platform ahead of Thursday’s Europa League quarter-final second leg at home to Borussia Dortmund, Liverpool’s performance was full of promise.

With supporters rating Klopp’s side after the game, Origi stands as Man of the Match by a landslide.

The 20-year-old currently holds a rating of 8.8, which is at least one full point more than any other Liverpool player on the afternoon.

Fellow goalscorers Sturridge (7.6) and Moreno (7.5) are held in high regarded by supporters, while the hardworking midfield pair of Joe Allen (7.7) and James Milner (7.8) are rewarded for their efforts.

Stewart and Ojo performed comfortably on their first starts for the Reds in the league, with the former breaking up play efficiently in midfield and the latter providing an X-factor on the right wing, laying on Sturridge’s goal before half-time.

Stewart currently holds a rating of 7.3, while Ojo’s 45-minute showing is rated at 7.1.

Viewed less favourably by supporters, however, are much-maligned centre-back Martin Skrtel and the quiet Roberto Firmino, who are both rated at 6.1.

So far Klopp’s side have been awarded an average rating of 7.7, setting themselves up well for Thursday’s clash with Thomas Tuchel’s Bundesliga giants.