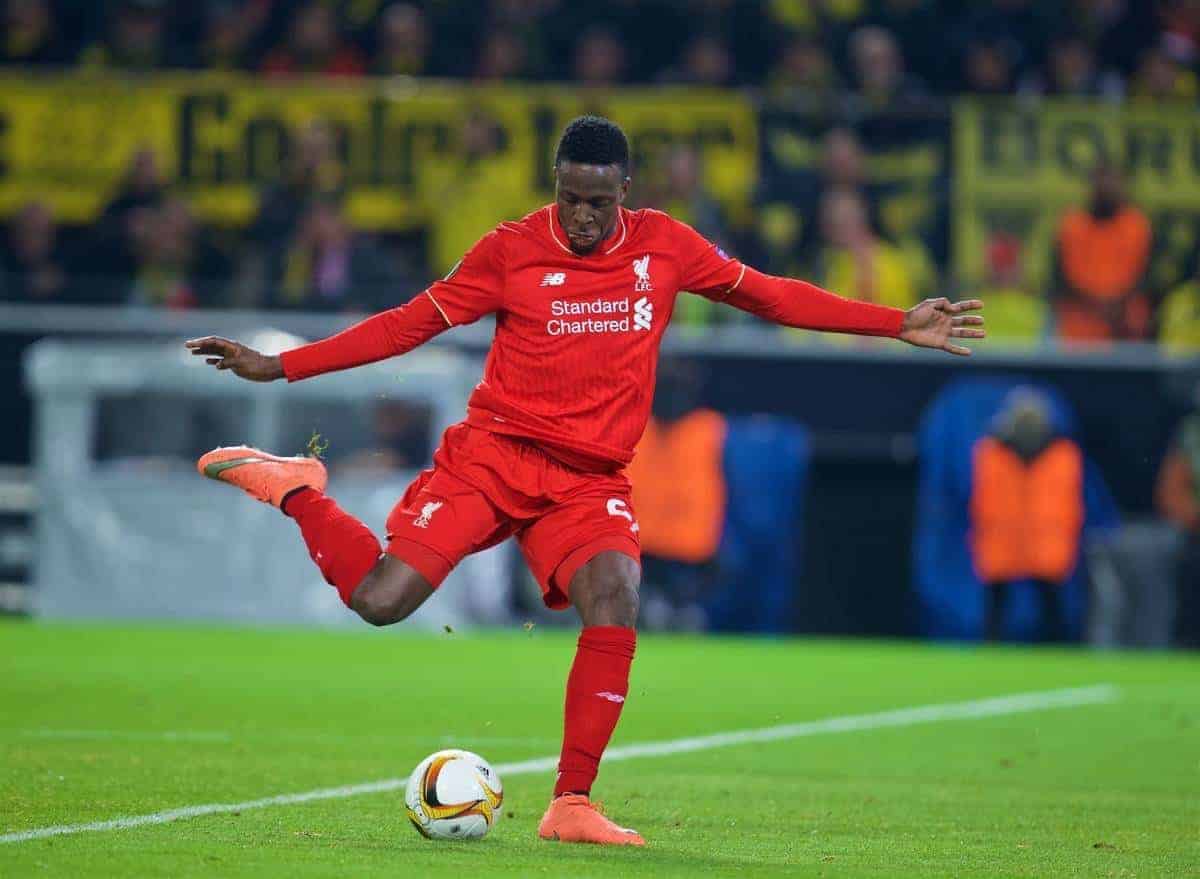 Striker Divock Origi hopes to be able to shoulder greater responsibility for Liverpool but reminded those who expect more from him he still has plenty to learn.

The 20-year-old Belgium international, preferred to first-choice forward Daniel Sturridge, scored a crucial away goal in the 1-1 draw on Jurgen Klopp‘s return to Borussia Dortmund.

But in addition to that he put in a performance which followed his manager’s gameplan to the letter and hinted at a wider understanding of the role he has to play.

His movement and pace gave Dortmund’s defence plenty to think about and the right-hand half of the back four – full-back Lucasz Piszczek and Sven Bender – found him particularly difficult to handle.

Origi’s issue is that in 28 appearances in his maiden season in England he has scored just six goals – half of which came in a Capital One Cup semi-final at Southampton.

He knows he has to improve that but needs time to develop into a more accomplished Premier League striker.

“I have learned a lot, I’ve adapted a lot. I’m still young, only 20 and people sometimes forget that,” he said.

“I’m grateful to be at this big club, where people believe in me and everything is here for me to become a big player, which is my aim.

“I’m happy that I’m making these steps and hopefully that continues.

“It was playing a big team and as the striker I had a big responsibility [against Dortmund] but I felt the support of everybody from the coach to my team-mates and the fans.

“Everyone tried to help me as much as possible and it showed in my performance.

“You can feel the support and it gives me a boost. It does make a difference to experience that.

“Everyone said I should play to my qualities, which is getting in behind the defenders and taking them on one-on-one and of course, importantly, scoring.

“We worked a lot tactically and he (Klopp) knows my qualities and told me just to use them.

“I’m very happy that I could do this.”

Had Origi scored his one-on-one with goalkeeper Roman Weidenfeller in the final seconds of the first half the tie may have had a different complexion heading back to Anfield next week.

As it is even with an away goal there is nothing between the two sides and Dortmund, who have scored 117 goals already this season, will still be a serious threat in the second leg.

“For me, there’s no favourites,” added Origi, who could make way for Sturridge to return against Stoke on Sunday.

The team land back on Merseyside on Friday lunchtime after which Liverpool captain Jordan Henderson will have a scan on the knee injury which forced him off at half-time.

“We need to wait for the scan and we hope for the best, but it doesn’t look good,” he said.

“I don’t want to speculate, what can I say until we have the scan, but it is not a small thing, I think, but we have to wait.”

Any lengthy lay-off could end Henderson’s season prematurely and ruin his chances of playing for England at Euro 2016.