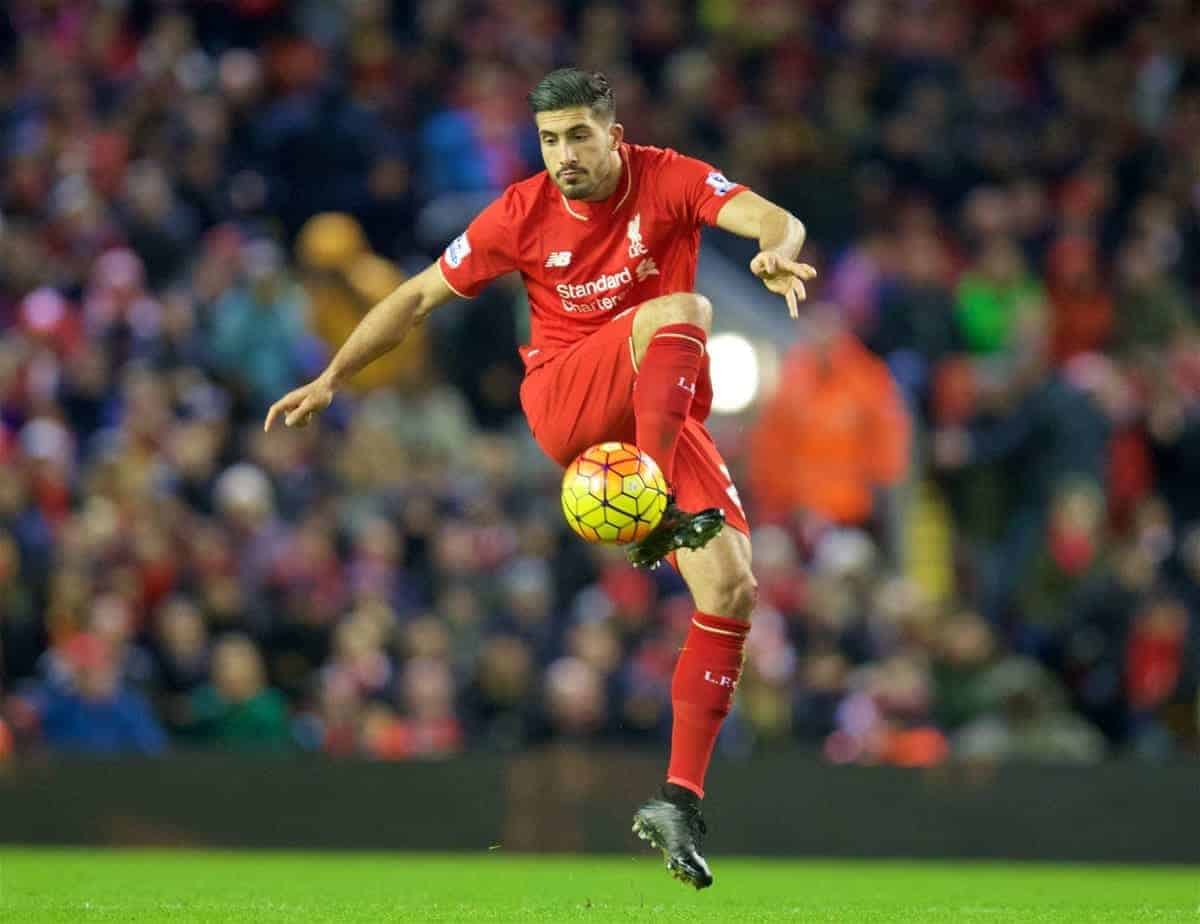 Emre Can could face a spell on the sidelines after the Liverpool midfielder left Anfield with his foot in a brace after Thursday night’s 4-3 win over Borussia Dortmund.

The German midfielder was substituted late into the Reds’ victory, with Lucas Leiva taking his place at the base of Jurgen Klopp‘s midfield diamond.

After playing on from the initial challenge, Can was not expected to have suffered a serious injury.

But conducting interviews after the game with his right foot in a brace, and supporting himself with crutches, it is likely that Can will now be sidelined.

This would be a major blow for Klopp, as Can was in emphatic form throughout Thursday night’s tie, making more tackles than any other Liverpool player, with five, as well as the most dribbles, with four.

Epitomising his work in the box-to-box role, it was Can’s early pass that set Divock Origi through to score Liverpool’s first goal of the night.

Further strikes from Philippe Coutinho, Mamadou Sakho and an injury-time winner from Dejan Lovren secured progress to the Europa League semi-finals, and speaking after the game, Can said he was “proud to be part of this team.”

“You don’t experience an evening like that too often. I just can’t take it in yet,” he explained.

“Respect for every member of our team. It is unique. I am proud to be part of this team.

“We didn’t play that bad in the first half, [but] everyone of us believed we could get through in the second half.

“That is also the reason why we turned the game around.”

Can could join fellow midfielder Jordan Henderson on the treatment table, leaving Lucas, Joe Allen and James Milner to fight for a place in Klopp’s starting lineup.

The Liverpool manager will be hoping, however, that his key man will not face too long out—as he proved his importance against Dortmund.

Can is suspended for Sunday’s league match at Bournemouth, but Klopp will be hoping to have him available for next Wednesday’s Merseyside derby.