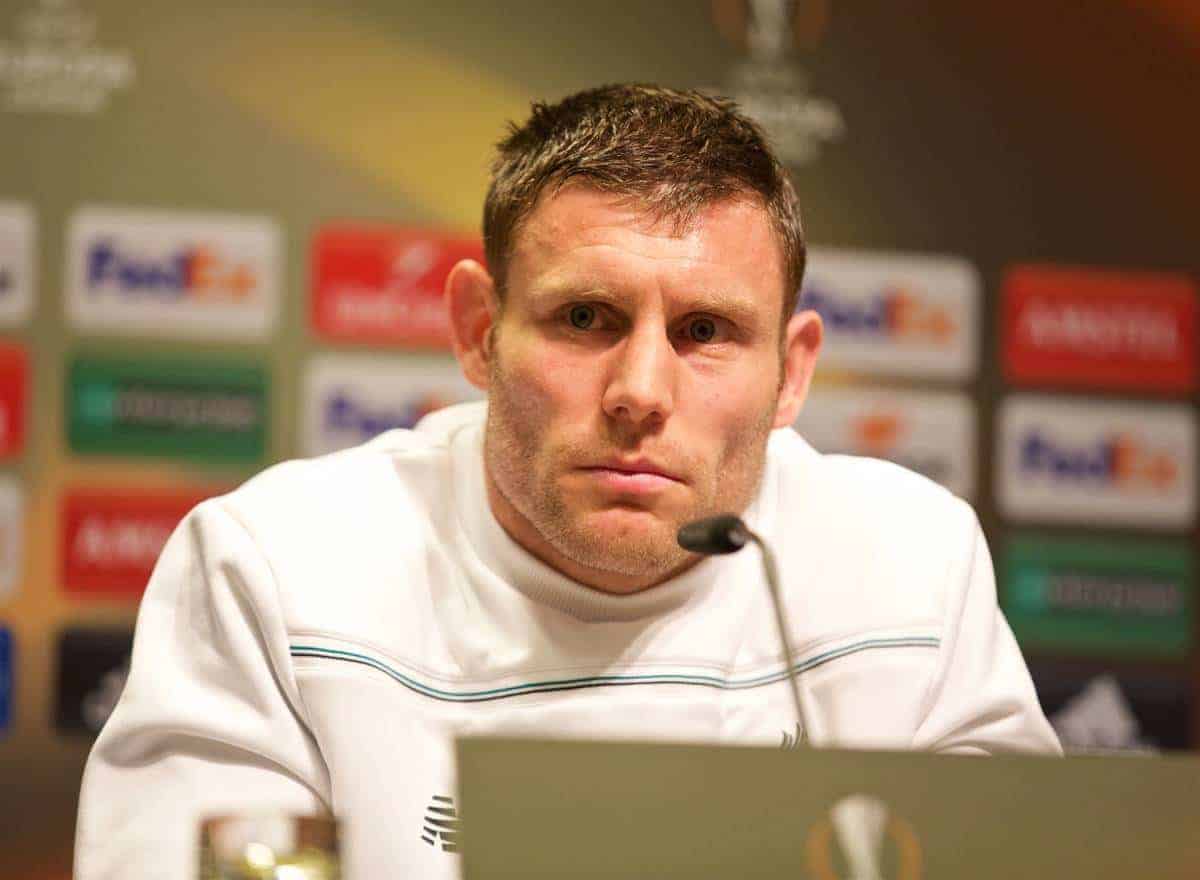 Reds boss Jurgen Klopp‘s former club are favourites for the competition but Milner said with the Anfield side’s own illustrious history the first leg could easily have taken place in UEFA’s top-tier tournament.

“I think it is two top teams with great European history – put the tie in the Champions League and it wouldn’t look out of place,” he said.

“First and foremost it is important for Liverpool to be in Europe – this is definitely a big game and that hunger is there to win trophies.

“It’s a great competition to be in with all the top teams left in it. It’s another chance of silverware.

“You have to beat the best teams and Dortmund are one of those but on our day we feel we can beat anyone.

“They have a lot of good individuals but we have prepared well. We will need to be on top of our game.” With all the focus on Klopp it is easy to forget the players in the media circus which surrounded the German’s return.

But Milner said that might be a blessing for the players.

He added: “It makes it very easy for us, all the attention is on him and we can concentrate on playing football.”

On the match itself, he said: “I don’t think we have to score but I think an away goal is important and helps. A 0-0 draw would be a good result.

“If we can score it puts us in a strong position for the second game.

“They are a top team but we will go out there trying to win the game.”