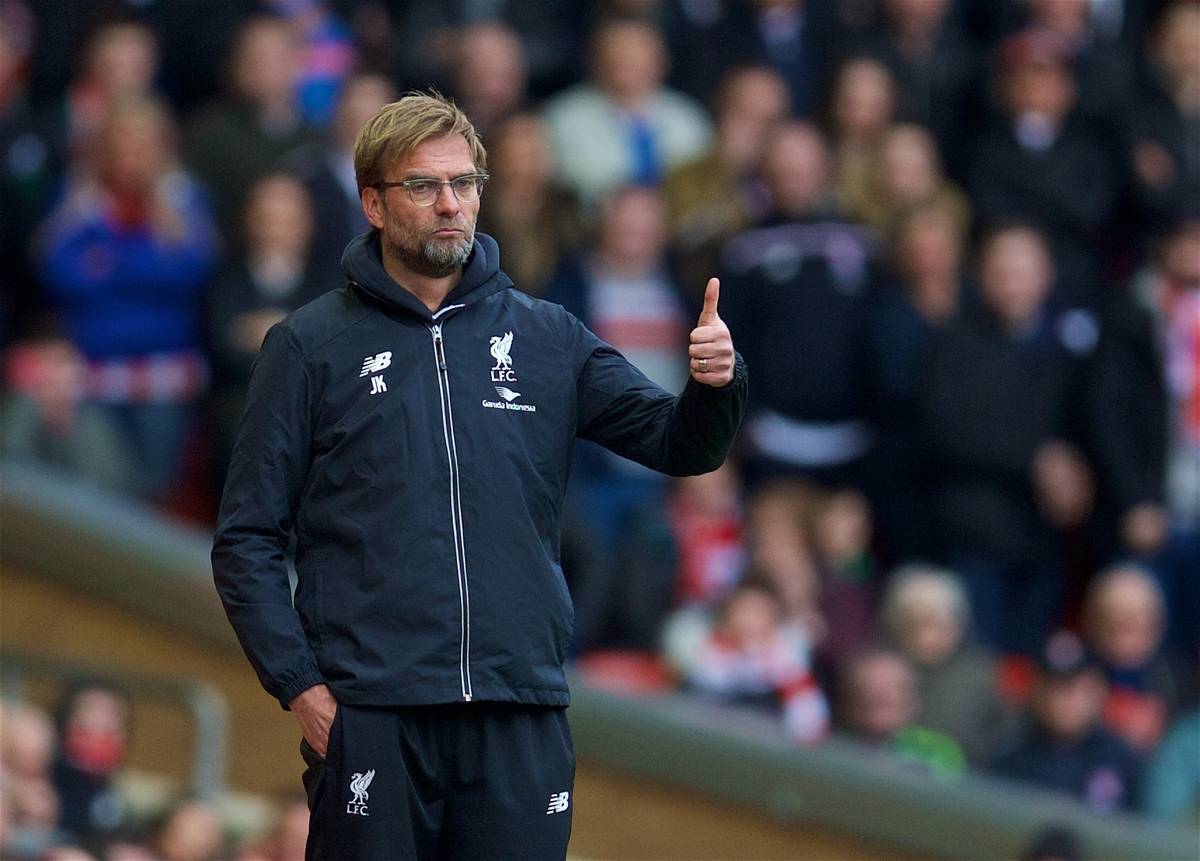 Liverpool manager Jurgen Klopp is not a man to hold back his emotions on the touchline but he expects his players to keep their cool in his first Merseyside derby.

The cross-city encounter has had the most red cards of any among top-flight teams – 20 in the last 46 – although none in the last nine.

And while Klopp may inspire his team, and the crowd, with his arm-waving, fist-pumping actions in his technical area, he expects a more controlled approach on the pitch.

"My Merseyside derby experience will 100 per cent not be the reason for winning or losing," he said.

"My job is to prepare the team. Before I came to Dortmund there were a lot of red cards in derbies (against Schalke). I don't like that showing.

"Maybe 20 fans want to see you do things like that but it will never help.

"A red card can happen if you are a second too late but not because you want to show 'I am the man'.

"I understand aggressiveness only one way and that's being prepared to hurt yourself and not somebody else.

"To handle emotions and the pressure, that's one of the big challenges in top-class football.

"We played Manchester United, I don't know if Everton is the biggest game or United is, but we handled it really good.

"That's what I expect from this game too – that everybody sees from the first second on that we want to win this game. But with football." Klopp arrived in October after predecessor Brendan Rodgers was sacked following a 1-1 draw against Everton at Goodison Park.

In the intervening six months he has immersed himself in the city and its culture and feels he has a handle on what this match means, even if he cannot always understand the local fans when they talk about it.

"My understanding of the Scouse language is still pretty difficult for me," he added.

"Especially if somebody speaks as quickly as possibly, then I am completely out!

"But I know about derbies. It's my first derby with the team against a team in the same city, that's different."

He even managed to get in an unintentional dig against their opponents, although it was a long way from former boss Rafael Benitez's 2007 description of the club from across Stanley Park as a "smaller team".

For Everton, who have not won at Anfield since September 1999, it is their biggest week of the season with this match followed by an FA Cup semi-final against Manchester United at the weekend.

"I know all about Everton and have met a lot of people and it's a big and very successful club in the past, but I don't know exactly what the situation is exactly there with the semi-final coming up," he said.

"They are not used to, at the end of the season, playing two games a week too often.

"But I don't know too much about them so we should think only about our game, our line-up and understand our situation in the table."