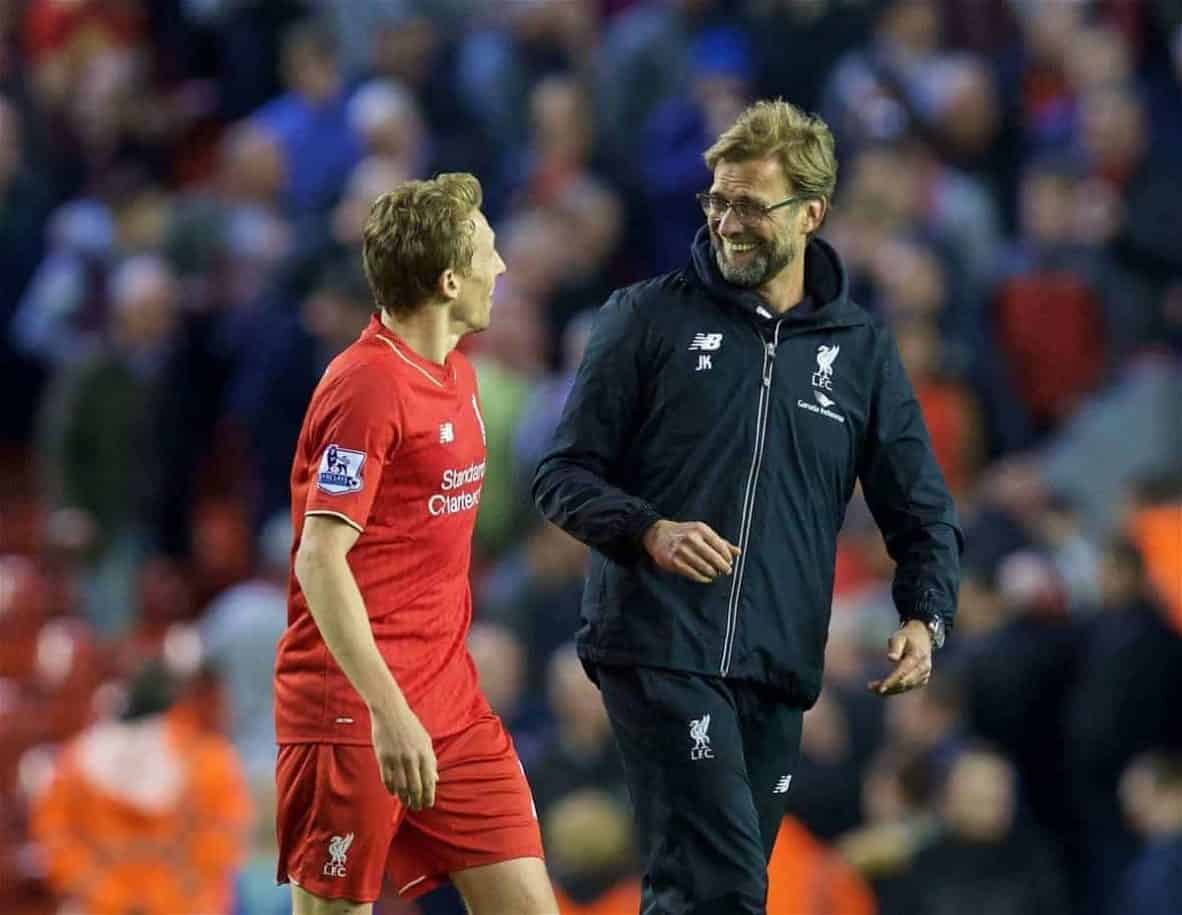 Liverpool’s squad has been given a vote of confidence by manager Jurgen Klopp who believes every player can still do a job for him.

The German is likely to need to utilise every resource available to him, however, as for the third successive week he has lost a senior player to injury.

Captain Jordan Henderson (knee) and fellow midfielder Emre Can (ankle) were both ruled out for at least a month apiece in successive matches and in-form striker Divock Origi has joined them on the sidelines after being carried off on a stretcher after scoring the opener in the 4-0 demolition of Everton.

With Christian Benteke only just recovering from a hamstring problem and Danny Ings ruled out for the season after a knee operation Klopp currently has Daniel Sturridge as his only fit striker.

Klopp’s side have played 55 matches already this season with at least seven more to come – eight if they reach the Europa League final – and have been so badly affected by injuries along the way he has had to call on the youth team to provide cover.

The rotation is likely to continue until the end of the campaign but even the fringe players have Klopp’s backing.

“They are only good players. There is not a player in the squad where I think ‘Oh, why is he here?'” he said.

“We are not only a pressing and counter-pressing team, we are a possession team and it is challenge to bring it together.

“We will work on it and we won’t be finished on it but we need players.

“They have to do the work and hopefully we will have enough for the last few games.”

After some up and down results since taking over in October, Klopp has won the last four in all competitions – including two against Borussia Dortmund – and their only defeat since February 2 came on penalties to Manchester City in the Capital One Cup final.

Victory over Everton lifted them back up to seventh and while fourth-placed Arsenal, six points ahead, may just be too far to reel in, Manchester United, in fifth having played one match more, are only five in front.

A string of wins until the end of the season could make life uncomfortable for those clubs but Klopp does not yet think he has found the magic formula.

“How can you get consistency? We had still [played] the most games in Europe with a lot of injuries. You need to have a little bit of luck with injuries,” he added.

“Consistency is about having players ready for the next game.

“Consistency comes with working together. We can’t do a lot of things like you usually do in three weeks, we need six-and-a-half months.

“We are here with 54 points, which is not too bad. There are 15 to get or not but all the games are difficult with the challenge of the Europa League.

“We have to win as often as possible and look at what others have done.”