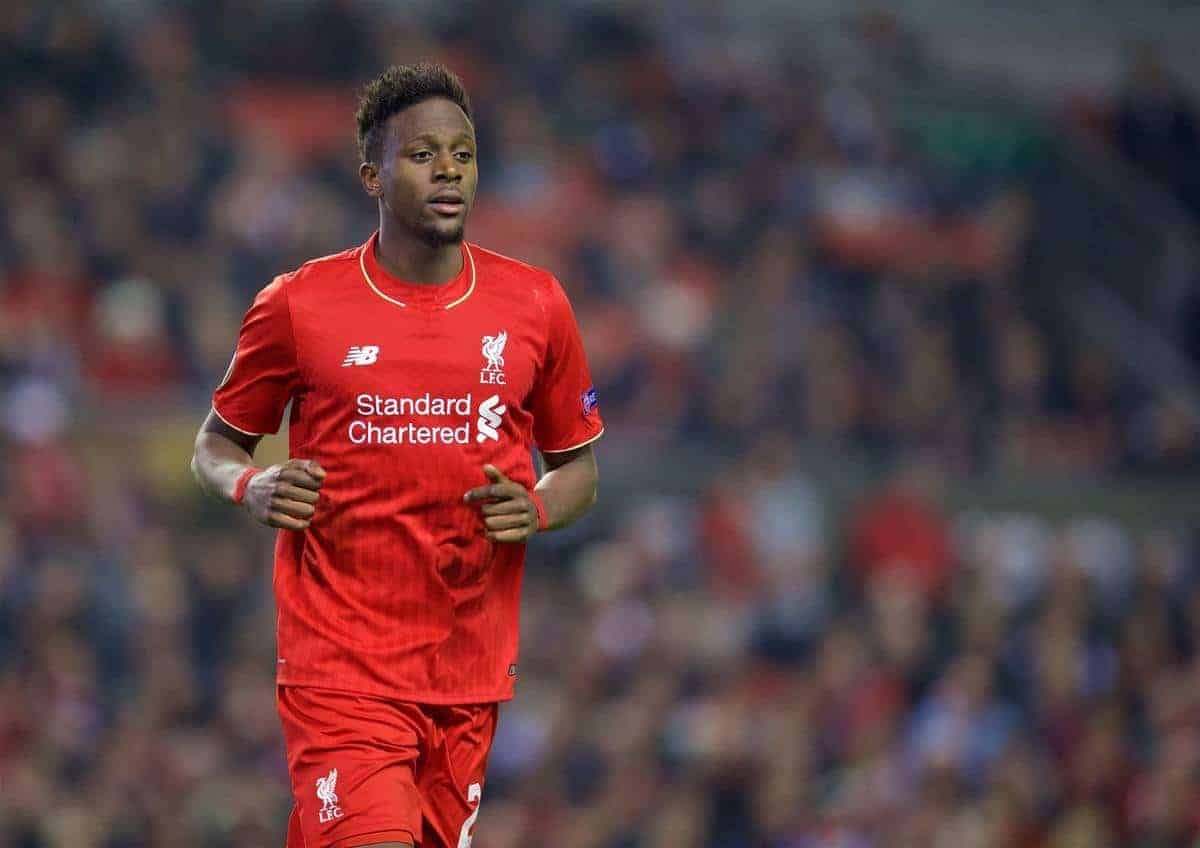 Daniel Sturridge could be left out of Liverpool’s Europa League clash with Borussia Dortmund, with Jurgen Klopp considering starting Divock Origi in his place. Sturridge has started eight of Liverpool’s last 10 appearances, but after a muted showing in Saturday’s 1-1 draw with Tottenham Hotspur, Klopp is believed to be mulling over a change of plan.

With the German overseeing training at Dortmund’s Westfalenstadion on Wednesday night, reports claim he was keeping a close eye on Origi, with a view to starting the Belgian against his former side.

The Express‘ Paul Joyce was among those to report on Klopp’s conundrum, suggesting that he is looking to utilise Origi’s “work rate and physical strength.”

This would be another major blow for Sturridge as he works his way back to form in the Liverpool lineup.

Sturridge was visibly frustrated as he was substituted midway through the second half of Saturday’s Anfield stalemate, but his replacement cut the opposite figure.

Since Klopp’s arrival, Origi has highlighted his energy, power and enthusiasm in leading the line, taking on the 48-year-old’s high-intensity attacking ideals.

While his goal rate is far from the impressive tally of Sturridge, Origi has shown signs of developing into a complete centre-forward under Klopp.

As Klopp looks to pick apart the weaknesses in his former side, he could be looking to employ Origi’s defence-stretching attacking play, with the likes of Philippe Coutinho and Adam Lallana pressing high in support.

Speaking to reporters on Wednesday, Klopp revealed that, while he was familiar with the Dortmund more than most others around Europe, this would still be a tough tactical battle.

“It’s true I know all the players expect for [Gonzalo] Castro and [Julian] Weigl, but that’s not really a crucial factor,” he explained.

“My players are not expecting me to give a detailed breakdown of every Dortmund player.

“We haven’t travelled here without any hope we’ll get a result tomorrow. We’ll get our chances.”

Instead, he will be focussing on his side executing his game-plan to perfection, and if Origi is to start in his attacking line, the 20-year-old will be expected to perform.

Liverpool may get their chances at the Westfalenstadion, but they must be clinical in order to gain an advantage ahead of next weeks’ return leg at Anfield.

Having scored just five goals in 27 appearances this season, this is a great opportunity for Origi to prove himself as a top-level option.

Alternatively, Klopp may well be throwing his opposite number, Thomas Tuchel, off the scent.