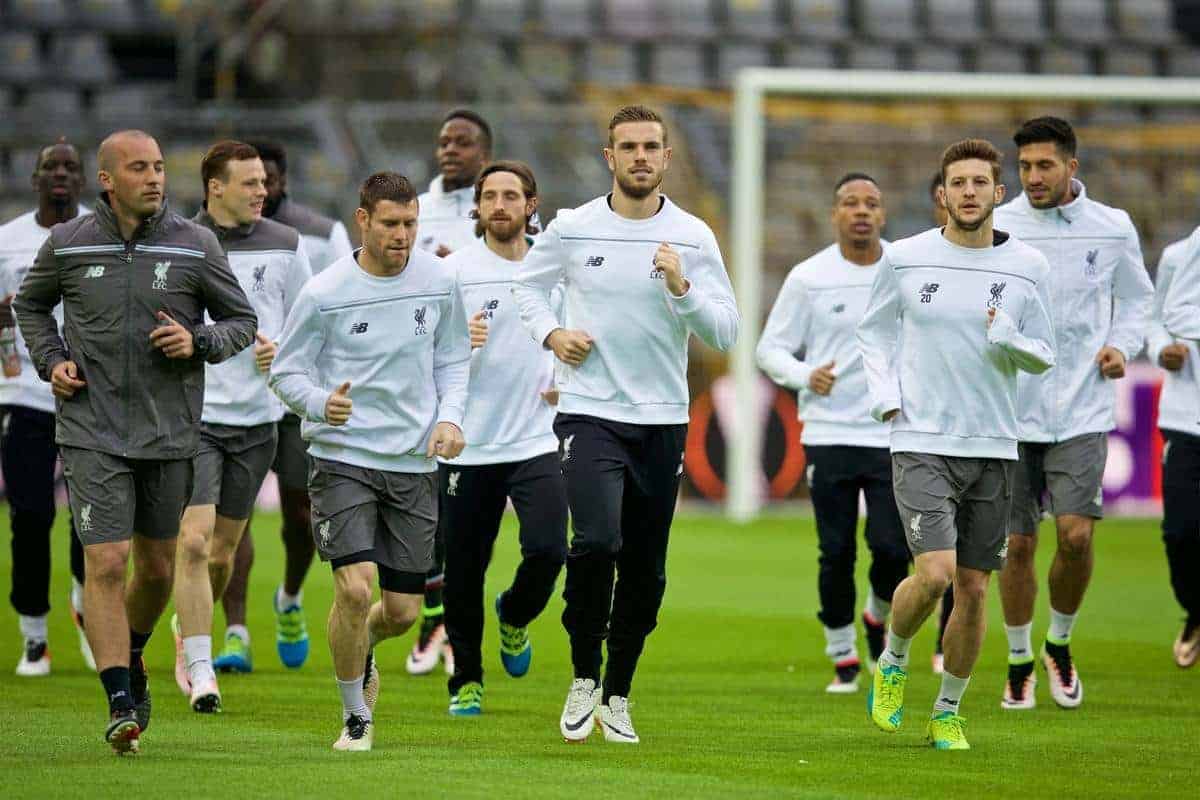 Roberto Firmino was among those to take part, with the Brazilian continuing his recovery from a hamstring injury, and could join Klopp’s squad for Thursday night’s clash if he is deemed fit. The Liverpool squad were in high spirits at the Westfalenstadion, with Daniel Sturridge and Nathaniel Clyne enjoying a competitive session under the lights.

Academy duo Brad Smith and Sheyi Ojo also took part, with the latter pushing for a place in Klopp’s matchday squad after an impressive showing in the Liverpool U21s’ 2-0 win away to Leicester City on Monday night. Emre Can represented Liverpool’s local contingent on the field, with the former Bayer Leverkusen man likely to start on Thursday night as he prepares to sit out the Reds’ next two Premier League games through suspension.

Speaking ahead of the game, Klopp explained how his side would need to be at their best to secure a result.

“We have to play absolutely top, top, top-level football,” he told reporters. Vice-captain James Milner joined Klopp for his pre-match briefing, and discussed Liverpool’s chance of success, saying “they’re a top team, [but] we’ll go out there and try to win the game.”

Thursday night’s Europa League quarter-final first leg kicks off at 8:05pm; join This is Anfield for live coverage throughout the night.