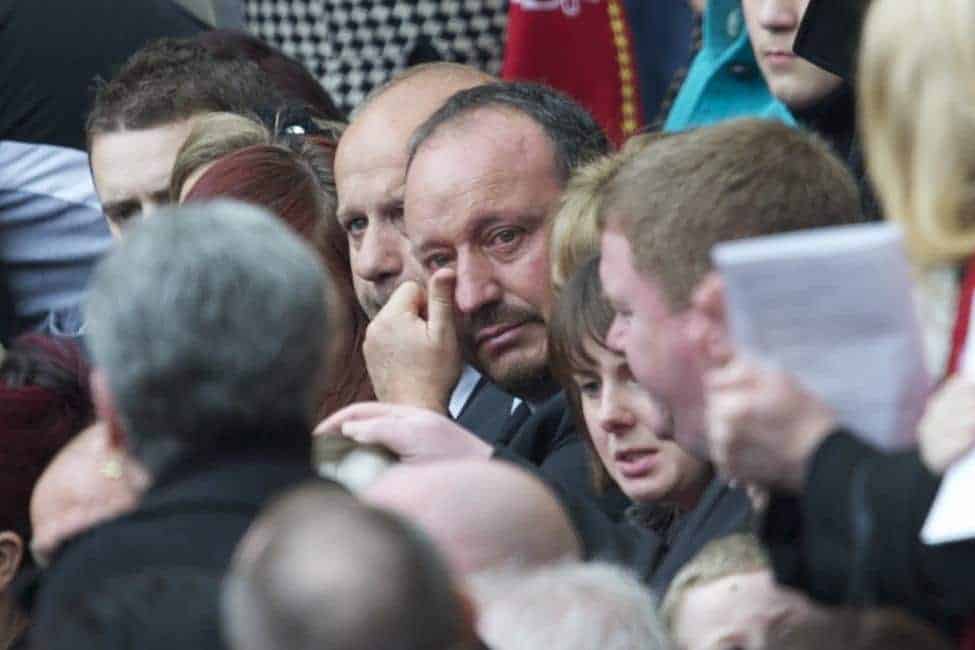 Former Liverpool manager Rafa Benitez has praised the verdict of the Hillsborough disaster inquest in an emphatic statement on Tuesday afternoon.

Benitez, a passionate supporter of the campaign for justice in the aftermath of the Hillsborough disaster in 1989, has maintained a vocal backing despite his departure from the club in 2010.

Taking to his current club Newcastle United’s official website on Tuesday, the Spaniard praised the verdict as “what we have been saying for a long time.”

“After so many years fighting for justice I am really pleased to see the verdict today, which confirms what we have been saying for a long time,” he wrote.

“I am especially pleased for the families of the 96 who have sought justice for so long and with such dignity, as well as for the people of Liverpool and for football fans in general.

“Hopefully this verdict today will ensure that this kind of tragedy can never happen again.”

Benitez, whose tears at the 22nd anniversary Hillsborough memorial service underlined his passion, donated £96,000 to the cause days after leaving the club in 2010.

Due to his commitments with Newcastle, Benitez was unable to attend this year’s service—the last to be held at Anfield—but speaking before the 27th anniversary, said that the 96 “will never be forgotten.”

“Unfortunately, I am unable to be at the memorial service but I will be there in spirit,” he said.

“No one should ever go to a football match and not go home and that is why everyone in football should remember the 96. They will never be forgotten.”

Benitez’s words served as a poignant reminder of the adversity that the families of the 96 have fought over the past 27 years, and the 56-year-old’s response matches the elation felt on Tuesday.