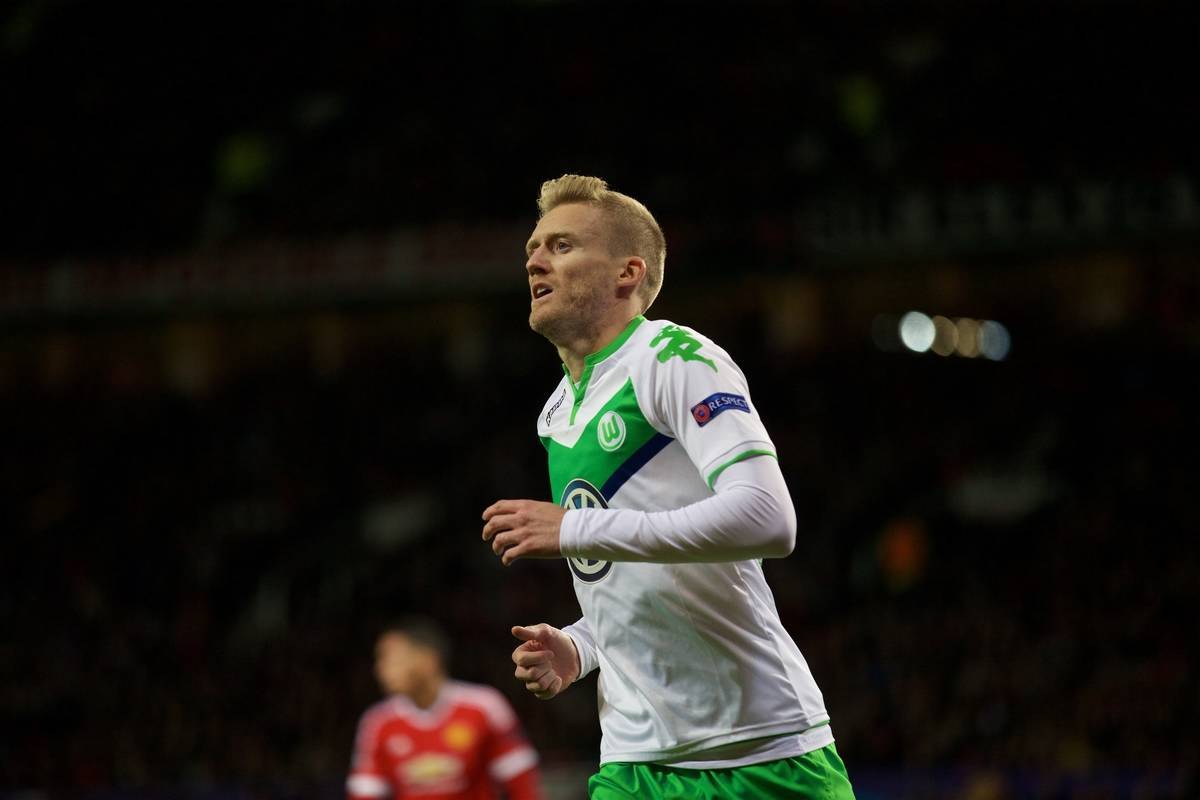 VfL Wolfsburg’s former Chelsea forward Andre Schurrle could be set to leave the Bundesliga side this summer, with Liverpool among the clubs interested.

Schurrle joined Wolfsburg in a big-money deal last February, with Chelsea receiving £24 million for the Germany international despite his peripheral status at Stamford Bridge.

But just over a year after joining the Bundesliga club, Schurrle could be looking to move back to the Premier League.

According to German publication Kicker, Liverpool and Tottenham Hotspur are interested in signing the 25-year-old, who is unsettled after a poor campaign at the Volkswagen Arena.

With Schurrle’s contract set to expire in 2019, Wolfsburg sporting director Klaus Allofs is said to have no interest in discussing his future at this stage.

But with Schurrle telling Sky that “there might be some changes” this summer, he may force a move at the end of the season.

“Right now this is not a topic for me to discuss as we have important games to go,” Schurrle said.

“But after that we have to talk about the future—it’s clear that there might be some changes.”

Schurrle’s move from Chelsea to Wolfsburg signalled the end of a turbulent spell under former Blues manager Jose Mourinho, with Schurrle making only five Premier League starts in the first half of 2014/15.

This season, Schurrle has scored six goals and laid on a further five in 26 Bundesliga appearances, though his performances have been far from vintage.

Schurrle could be looking for a change of scenery to revitalise his form, and joining up with his compatriot, Jurgen Klopp, at Liverpool may present a solution.

Schurrle is a quick-minded, versatile forward, able to play on the left or right flank and as a striker.

Needing to add pace and width to his squad ahead of 2016/17, Klopp may have spotted an alternative to Mario Gotze in Schurrle.

Looking for tactical flexibility, Schurrle would certainly offer that, but the Wolfsburg man should be a distant second to Gotze on Klopp’s summer wishlist.