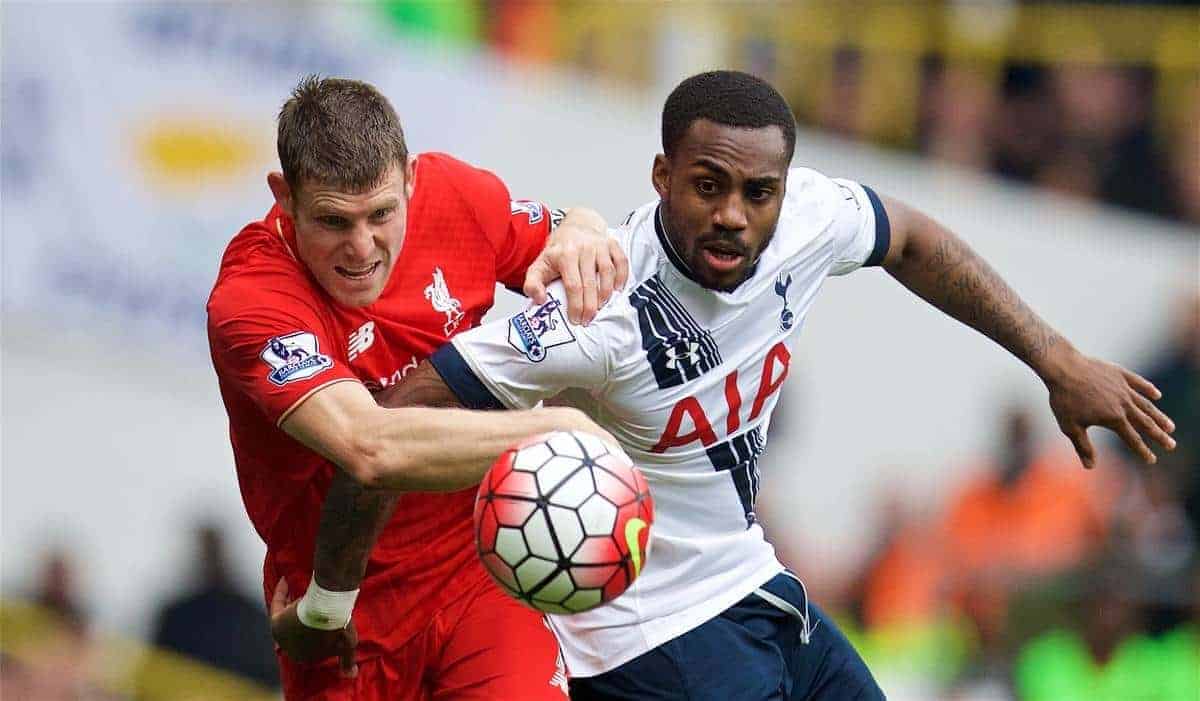 After what has felt like a very long two weeks, Premier League football returns this weekend. We preview the upcoming action.

The international break is always pretty tough to take, but for it to happen at this stage of the season is bordering on criminal.

Players have returned from their excursions for the respective countries, desperate for a strong final six weeks or so of the domestic season.

The title race, top-four battle and relegation fight are now reaching an absolutely pivotal period, and there are vital matches everywhere you look this weekend.

Tottenham are still staying in touch with Leicester at the top of the table, but the current five-point gap cannot afford to widen in the next few weeks.

Mauricio Pochettino’s men head north to face Liverpool at Anfield on Saturday evening, in what is a massive test of Spurs’ mettle.

The Reds are a different animal under Jurgen Klopp, despite their capitulation at Southampton in their last outing, and Spurs will do very well to win on Merseyside.

If they do, it will be a real signal of intent, and a strong message to Leicester.

Claudio Ranieri’s side continued their simply incredible 2015/16 campaign with a gutsy 1-0 win at Crystal Palace two weeks ago, and they are strong favourites to seal the most unthinkable of Premier League triumphs.

The Foxes play host to a dangerous Southampton side on Sunday afternoon, however, in what could be a difficult afternoon.

Liverpool found out firsthand the threat Ronald Koeman’s side can pose on their day, and they will not be easy to beat at the King Power Stadium.

Leicester will know how Spurs have fared against the Reds by the time they play, and if their lead at the top is more than five points at the end of the weekend, the title will be within their grasp.

Arsenal kept their slim title chances alive with an impressive 2-0 win at Everton last time around, and they host Watford on Saturday.

This should be a victory for the Gunners, despite the fact they were knocked out of the FA Cup by the same side, and they have a good chance of gaining ground at the top this weekend.

West Ham also have a good chance of playing Champions League football next season, and they will fancy their chances of overcoming Crystal Palace at Upton Park on Saturday.

Rafa Benitez takes his Newcastle side to Norwich, in what is a hugely important relegation tussle, while Sunderland have a great chance of pulling clear when they host a West Brom side with little to play for.

The remaining fixture sees Stoke host Swansea, which is one of those games that has the potential to be lifeless at this stage of the season.

All in all, though, there are some great match-ups.

Alexis Sanchez may not have had a particularly memorable season by his high standards, but he remains one of the Premier League‘s finest players.

The 27-year-old is due a big performance, and Watford may well be on the receiving end of his brilliance on Saturday. Get the world-class Arsenal man in your fantasy football team – even if he is a little expensive.

Leicester‘s clash with Southampton could be a very cagey affair, with both sides invariably very well-drilled defensively.

Virgil van Dijk has been impressive for the Saints this season, and he may keep a clean sheet against the league leaders. The Dutchman is also an aerial threat at the other end of the pitch.

Everton‘s Premier League season is in danger of petering out, with a mid-table finish likely and the FA Cup now their primary focus.

They may not offer much of a threat against United on Sunday afternoon, which means the consistent, understated Daley Blind could have a quiet day at the office in defence. He can also deliver a great set-piece, if called upon.

Philippe Coutinho has returned from international duty unscathed, and having joined first-team training at Melwood on Thursday afternoon, is set to line up against Spurs at Anfield.

The Brazilian was in fine form despite Liverpool’s defeat to Southampton last time out, and could find himself on the scoresheet again at home to Spurs.