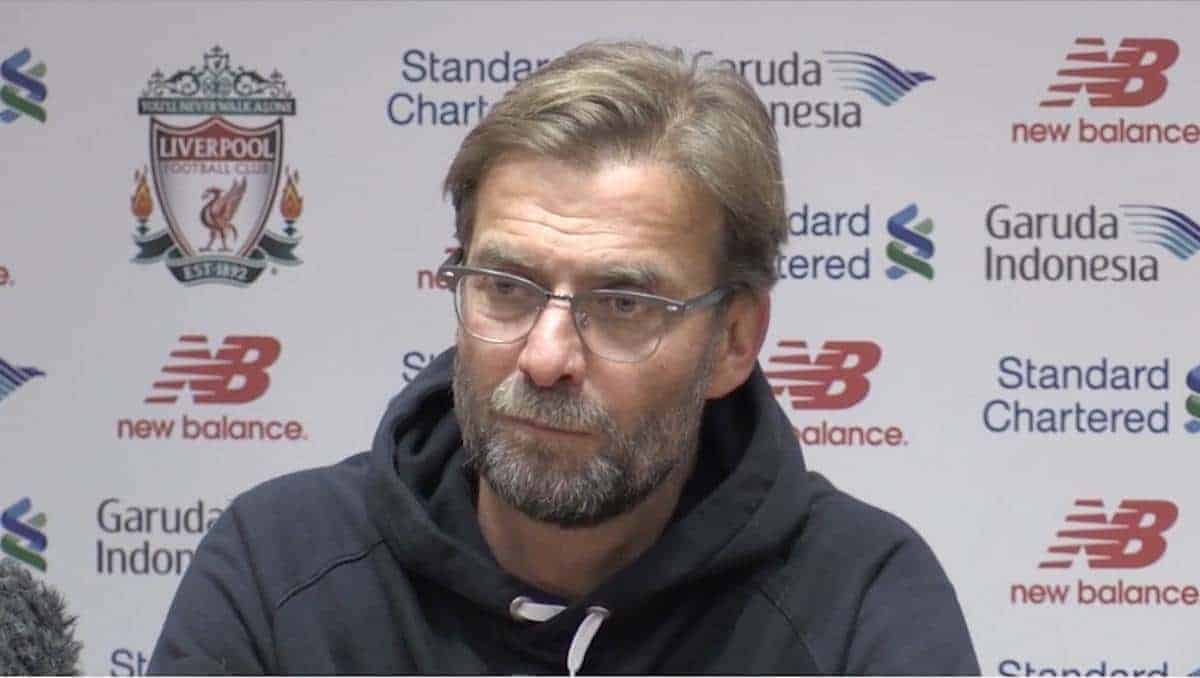 Philippe Coutinho‘s goal was cancelled out by Harry Kane, meaning the two sides shared the spoils at Anfield.

Klopp told reporters he saw positives and negatives in the Reds’ display, saying: “I saw a lot of good things today for our future.

“But we also showed part of our problem. We will find solutions 100% but it’s a wait.”

The German was asked about Coutinho’s performance, saying: “Coutinho is a genius player but I don’t like how you pick players out. It is a team game.”