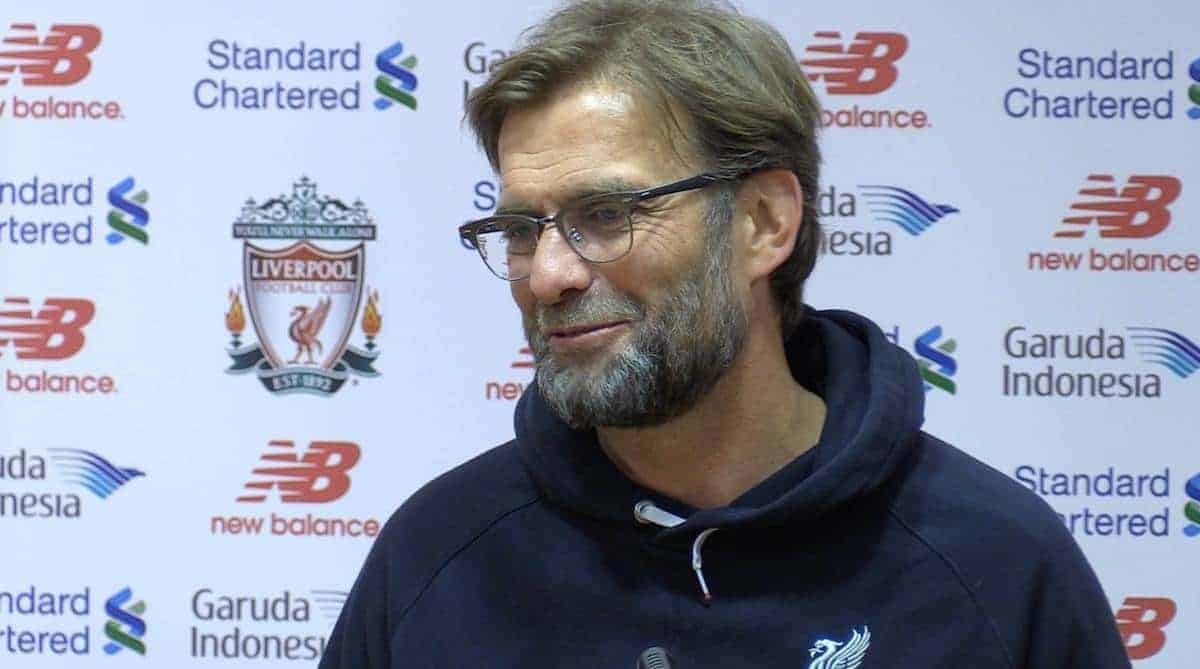 Watch Jurgen Klopp address the media after Liverpool’s 4-0 thrashing of Everton in the Premier League.

Klopp clearly enjoyed his first Merseyside derby, but admitted the comfortable victory had a shadow over it due to Divock Origi‘s injury sustained early in the second half after a woeful challenge from Funes Mori for which the defender saw red.

Klopp explained that Origi did not have a broken ankle, but that we’ll have to wait to find out whether he has ligament damage – which would mean the end of his season.