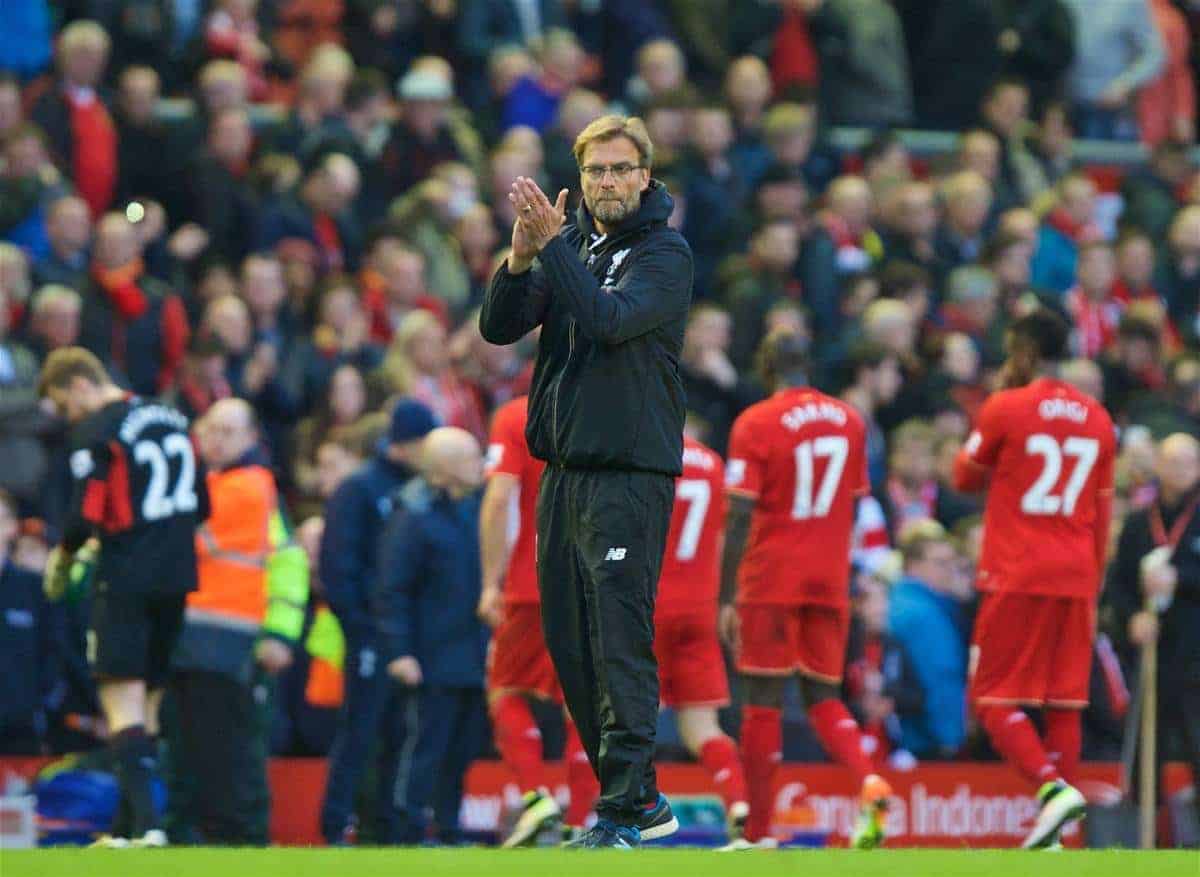 Liverpool boss Jurgen Klopp saw positives and negatives in the Reds’ 1-1 draw with Tottenham at Anfield on Saturday.

“But on the other side we showed a little bit of our problem.”

Klopp, as honest as ever, didn’t attempt to proclaim a draw against the title-hopefuls as being better than it was. Yes, there were good signs, but he also recognised problems. He highlighted Philippe Coutinho‘s excellence, but also noted that it is a problem when the Brazilian has to defend alongside Alberto Moreno so often.

Speaking of the problems, the boss said: “We will find solutions for them 100 per cent. But it’s a hard way and on this way you get a few knocks and today we got a knock and we have to accept it.”

Klopp will now look to iron out such problems ahead of Liverpool’s trip to Germany this week to face his former side Borussia Dortmund in the Europa League quarter final first leg.

Dortmund warmed up for the match with a dramatic late win, 3-2, against Werder Bremen on Saturday.