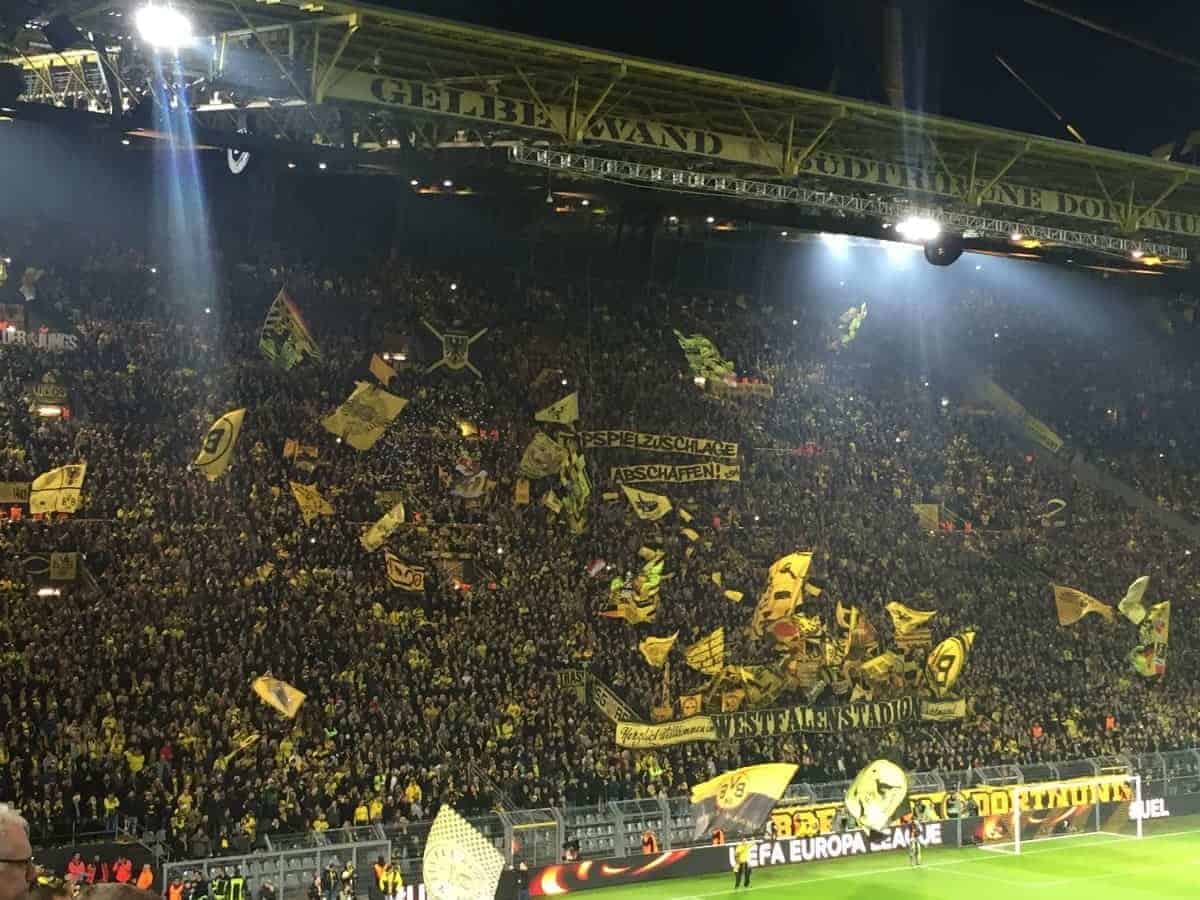 Welcoming Jurgen Klopp back to the Westfalenstadion on Thursday night, Dortmund locked horns with a club that bears many similarities to their own.

Not only have they both been led by the same manager, but Liverpool and Dortmund also share an anthem in You’ll Never Walk Alone, with the Yellow Wall roaring through their own version before every home game.

With the Reds taking to Dortmund for Thursday’s Europa League quarter-final first leg, both sets of supporters joined for a rendition, which left the Westfalenstadion shaking.

“Even for a cynical old professional, that was just fantastic,” he said.

“Last time I heard anything like that was when Liverpool played Celtic in the Uefa Cup quite a few years ago at Celtic and they did the same thing. It was absolutely magnificent.”

It was a moment that showed a mutual respect between the two clubs that made Thursday night’s clash an enthralling encounter.

Goals from Divock Origi and Mats Hummels ensured a share of the spoils on the night, but Liverpool will be confident heading into next week’s second leg at Anfield, having grabbed an away goal in Dortmund.

The Dortmund supporters laid out a challenge for the travelling Kop on Thursday night; now Anfield must go even better for the second leg.