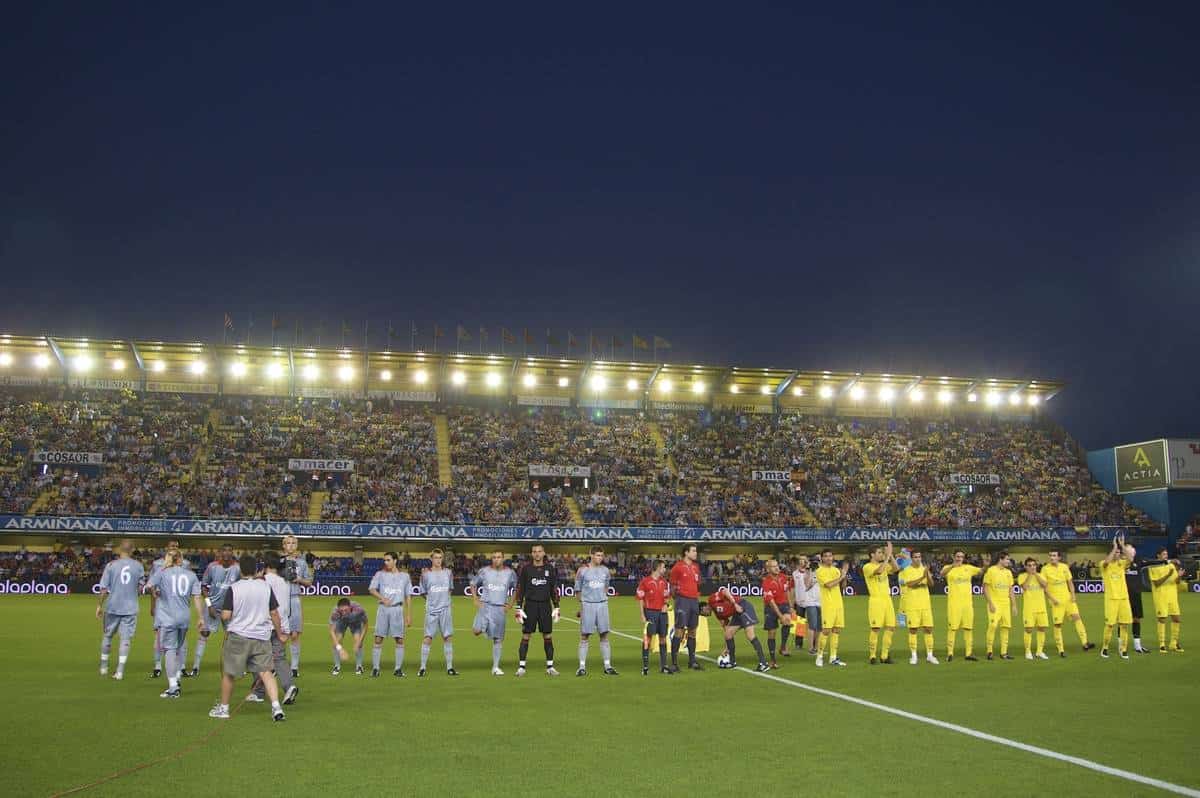 Liverpool have been drawn against La Liga side Villarreal in the semi-finals of the Europa League, and can expect tough opposition as they push for the final. Following the incredible 5-4 aggregate win over Borussia Dortmund in the quarter-finals, Liverpool drew La Liga challengers Villarreal as their next opposition in the 2015/16 Europa League.

After the euphoria of their Anfield comeback, Jurgen Klopp must prepare his side for another tough challenge in Europe.

Despite avoiding a long trip to take on Ukrainian side Shakhtar Donetsk, and the reigning champions in Sevilla, Villarreal will provide the Reds with a test of their credentials.

With the first leg to come next at Villarreal’s Estadio El Madrigal on April 28, the hard work begins now for Klopp and his backroom staff.

So who are Villarreal, and what must Liverpool look out for against the team nicknamed the Yellow Submarine?

50-year-old Spanish manager Marcelino Garcia Toral joined Villarreal in 2013, becoming the eighth team he has managed, after a long career with Sporting Gijon, Racing Santander, Levante and Elche as a player.

Marcelino spent his early years as a manager working his way through the ranks at the lower regions of Spanish football, first with CD Lealtad and then Sporting B.

The ex-midfielder enjoyed reasonable success in La Liga with Racing, but a spell with Sevilla saw him dismissed midway through the 2011/12.

Rebuilding his reputation with Villarreal, Marcelino has established the Castellon outfit as a perennial challenger at the top end of La Liga, and this season is on course to a achieve a fourth-placed finish, behind only Barcelona, Atletico Madrid and Real Madrid.

The backbone to Marcelino’s success at Villarreal has been his work in organising a robust defensive line, with the Yellow Submarine conceding just 26 goals in 32 Liga games so far this season—only Atletico (16) have conceded fewer.

Typically fielding a well-drilled 4-4-2 system, Marcelino looks to keep his side compact, working hard to win the ball and keep it.

Moving into attack, Villarreal are at their best when breaking quickly on the counter, with their wide players driving into the central areas and combining with Marcelino’s two-man attacking line.

As Marcelino explained in October, he was inspired by Klopp’s work at Dortmund: “I saw what could be done. I was excited to see the verticality, the speed, the combinations.”

That Marcelino has been able to build for sustained success despite key forward Luciano Vietto, as well as Moi Gomez, Gerard Moreno and Giovanni dos Santos all leaving the club over the past year is a testament to his quality as a manager, able to find consistency amid instability.

Adding to these departures, loanees Denys Cheryshev and Joel Campbell both returned to their parent clubs last summer, with new key players coming to the fore.

Without his former star centre-forward in Vietto, Marcelino has built a new attacking line, with the dovetailing duo of Roberto Soldado and Cedric Bakambu providing central to Villarreal’s success this season.

Soldado endured a miserable spell with Tottenham Hotspur between 2013 and 2015, but as his manager attested, is “finding his professional and personal level” with Villarreal.

“Now he seems to be as a total striker,” Marcelino said, “he drives counter attacks, participates in the three-quarters area, makes good decisions, follows up, passes well.”

This selfless linkup play has allowed Bakambu to shine as Villarreal’s leading goalscorer, with the pacy, dynamic 25-year-old scoring 22 times in 43 appearances so far.

Naturally, with Villarreal’s defensive efforts the standout achievement of Marcelino’s reign so far, the Spaniard’s first-choice back four deserve considerable focus as Klopp prepares for the two legs.

That this comes without the magisterial Mateo Musacchio, out for much of the season through injury, highlights the virtue of good organisation at the back.

This is aided by up-and-coming goalkeeping talent Alphonse Areola, on loan from Paris Saint-Germain, with the 23-year-old keeping the more experienced Sergio Asenjo out of the side in 2015/16, after Asenjo battled back from an ACL injury.

Areola is a tall, strong, decisive goalkeeper with great reflexes and a growing authority in the penalty area; he could well return to become PSG’s No. 1 in the future.

Ahead of Areola is a highly intelligent centre-back in Victor Ruiz, who operates on the left-hand side of Marcelino’s defensive pairing, snuffing out attacking moves with his strong reading of the game.

Villarreal’s defence is shielded by the bullish Bruno Soriano, who Marcelino said “could play in any team in Europe. In the best of England, the best of Germany and of course Spain.”

Bruno has averaged 3.6 interceptions per 90 minutes in La Liga this season, more than any of Klopp’s regular selection, and it is his front-footed defensive work that allows Villarreal to keep their shape.

Another one to watch is attacking midfielder Denis Suarez: a player who has embodied Villarreal’s season, showing his potential after leaving Barcelona last summer.

Villarreal progressed to the semi-finals through a 6-3 aggregate win over Czech Republic side Sparta Prague, with Bakambu scoring two goals in each leg as Marcelino led his side to their first Europa League semi-final since 2011.

Winning eight, drawing three and losing just once, Villarreal have kept a strong record throughout the tournament, continuing their form from La Liga.

This season, Villarreal have pushed above the likes of Sevilla, Athletic Bilbao and the struggling Valencia to establish themselves as a real force in the Spanish top flight.

Strong both home and away, they have lost just six times in 32 league games so far, winning 17.

With Liverpool travelling to the Estadio El Madrigal for the first leg at the end of April, Klopp will be wary of Villarreal’s exceptional form at home, with Marcelino’s side having won 12 of their 17 league outings in Vila Real so far.

Their last defeat came away to Sevilla in March, conceding four goals at the Ramon Sanchez Pizjuan Stadium, and this should provide Liverpool with their inspiration.

Villarreal will be hard to beat, but after their heroic display against Dortmund, the Reds can head to the semi-finals with confidence.