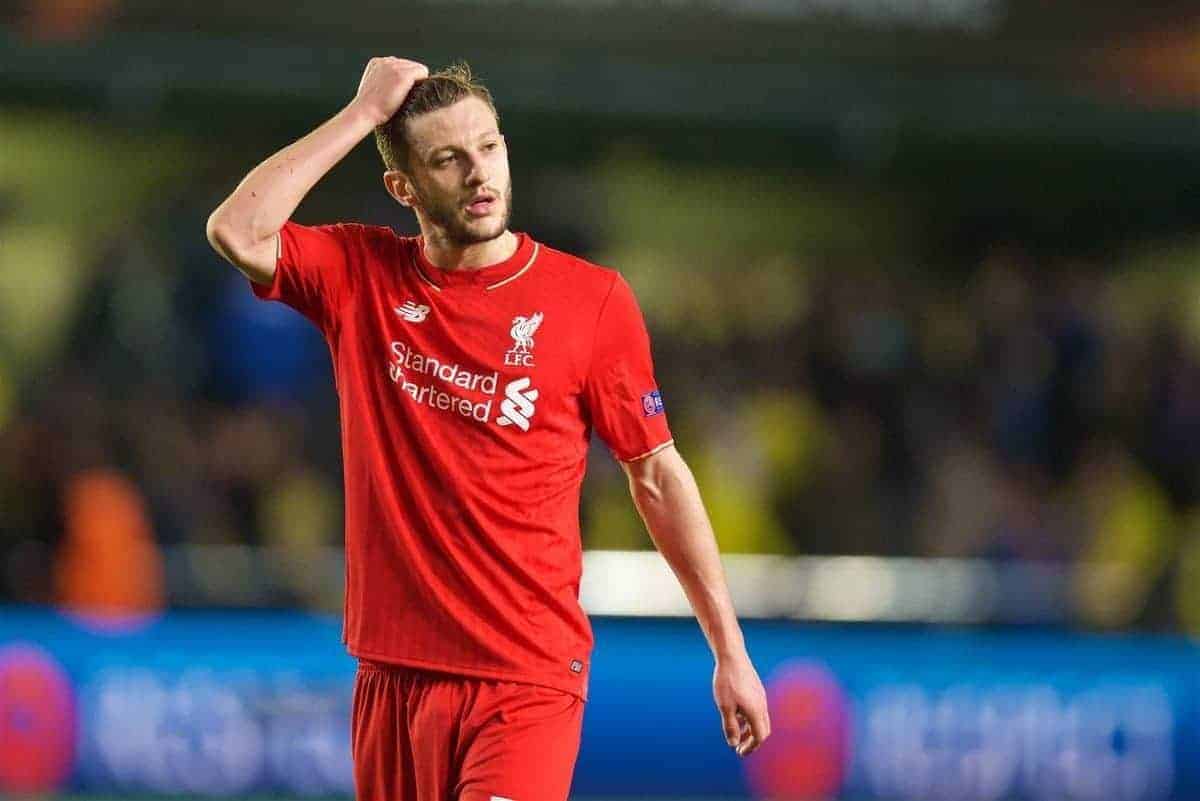 Adam Lallana believes Europa League glory can see Liverpool catch the winning "bug" and serve as a catalyst to a period of success under Jurgen Klopp.

Progress to the club's first European final in nine years arrived in comprehensive fashion at Anfield, where the home faithful roared their team onto a 3-0 victory against Villarreal in the second leg of their semi-final.

Bruno Soriano's own goal and a Daniel Sturridge strike put Klopp's side ahead, with Victor Ruiz's sending-off followed by Lallana extending their advantage.

Liverpool's 3-1 aggregate win means they will travel to Basle for the final on May 18 against Sevilla, who are looking to win an unprecedented third successive Europa League.

Unai Emery's side hold little fear for a side that have overcome the likes of Manchester United and Borussia Dortmund, with Lallana hopeful of securing what he believes would be a key victory in the Klopp era.

"They've won it the last two years – it's going to be a difficult game," Lallana said.

"We'll respect them and what they've achieved, but we'll be focusing on ourselves. If we play like that, we can beat anyone.

"We've experienced losing in a final (against Manchester City in the Capital One Cup) and it is not nice.

"I think the experience of that day will help us, even in such a short turnaround to this final.

"It is a young squad but I feel we need to win something to feel what it is like to win and almost make it like a bug, just keep going."

Lallana is desperate to erase the memory of February's penalty shoot-out loss to City at Wembley and, having come up the leagues with Southampton, appreciates such an occasion more than some.

The England international believes an exciting end to the season awaits and highlighted the change in mindset implemented by Klopp.

"It doesn't matter what team is selected, whether it is attacking or defensive," Lallana said.

"I think as long as you've got the same mentality, the same game plan, you all stick to it and you're on the same wavelength, then it doesn't matter if you're playing 4-4-2, 4-3-3.

"The system is irrelevant as long as you're all fighting for each other and are willing to press and willing to feel a bit of pain for each other, then you can put on performances like that.

"You can sense it when the opposition is rattled and they don't like it. It is a great feeling."

Lallana was one of the star performers in an impressive all-round Liverpool display, continuing the improvements made under Klopp's tutelage.

It is a timely run of form given the Europa League final is followed by England's shot at Euro 2016 success, and the attacking midfielder is grateful for his manager's trust.

"I just think he realises my qualities," Lallana said.

"Whether you see that or not, he's the only man whose opinions matters.

"I am grateful that he appreciates me and I feel that I give my best every week for the team, I just want the team to achieve things and do well.

"This is our second final this year but we know we need to bring the cup home."