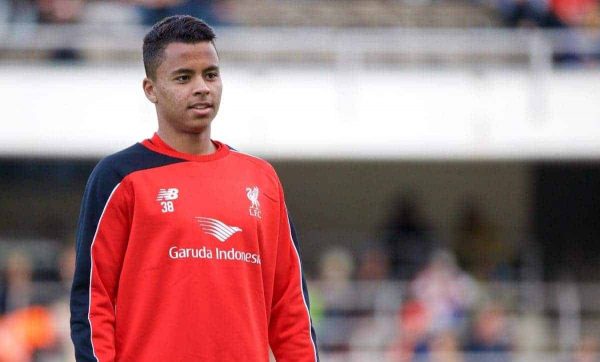 Young Brazilian midfielder Allan Rodrigues is set to leave the club on loan again in 2016/17, as he continues his push for a work permit.

Allan joined the Reds from Internacional in 2015, but spent the 2015/16 campaign away from the club, first with Finnish side Seinajoen Jalkapallokerho and then with Sint-Truiden in the Belgian Pro League.

With the 19-year-old unable to gain a work permit to play for Jurgen Klopp‘s side in 2016/17, another loan move is being lined up with a view to joining the German’s squad for 2017/18.

Liverpool are looking for a top European club to take Allan on, to bolster his chances of securing a permit via appeal.

The Liverpool Echo report that clubs from Spain, Holland and France have expressed “serious interest” in Allan, as well as sides from Mexico.

Allan made his debut for the Brazil U20s this week, starting in a 1-1 draw with South Korea as Rogerio Micale’s side prepare for the U20 World Cup.

But despite his reputation as a blossoming young talent, the midfielder made just nine appearances for Sint-Truiden in 2015/16, left out of their final three outings in the Pro League’s Europa League playoff round.

Nevertheless, speaking in March, Klopp described Allan as an “outstanding talent” that he was looking forward to welcoming into his squad.

“When I came here, one or two months later Allan was here and I said ‘who is this?’,” he said.

Allan looks unlikely to fall behind in Klopp’s thinking, but a loan spell in 2016/17 can continue his development while aiding his push for a work permit in the future.