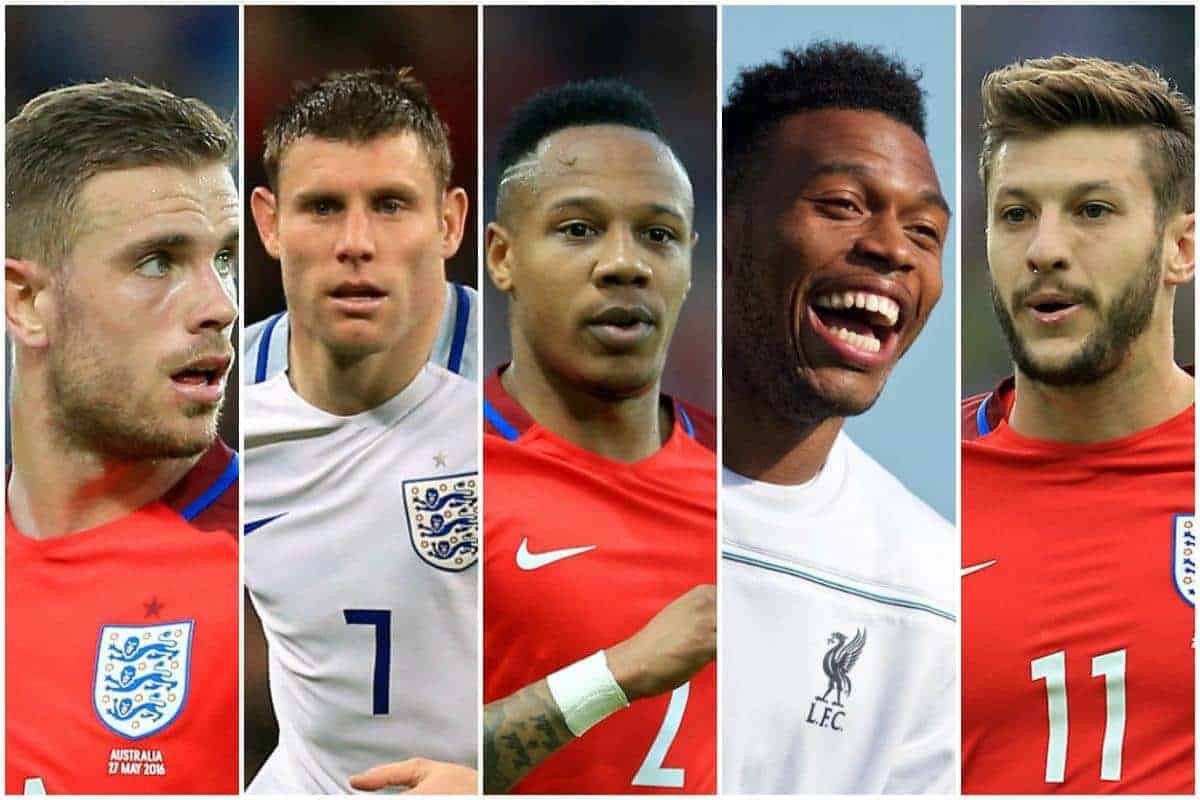 The 26-year-old striker was believed to be on the periphery as Hodgson whittled down his initial selection, but he keeps his place despite suffering a calf injury at the end of May.

Sturridge is one of five strikers included, along with Jamie Vardy, Harry Kane and Man United duo Wayne Rooney and Marcus Rashford.

Four other Liverpool players have kept their place in Hodgson’s squad, with Nathaniel Clyne, Jordan Henderson, James Milner and Adam Lallana all expected to feature heavily at this summer’s tournament.

Henderson found himself in a similar position to Sturridge in being forced to prove his fitness to Hodgson following a knee injury towards the end of 2015/16.

But the Liverpool captain is retained, with Hodgson instead opting not to select Leicester City‘s title-winning midfielder Danny Drinkwater.

While squad numbers are unlikely to be a definitive indicator of a player’s position in the squad, Clyne has been given the No. 12 shirt, with fellow right-back Kyle Walker wearing No. 2.

Henderson will wear the No. 14 and Sturridge the No. 15, as they do for the Reds, while Milner and Lallana have been given the No. 4 and No. 8 shirts respectively.

The Three Lions will take on Portugal at Wembley Stadium on Thursday night for their final warmup friendly before the tournament, kicking off in France on June 10.