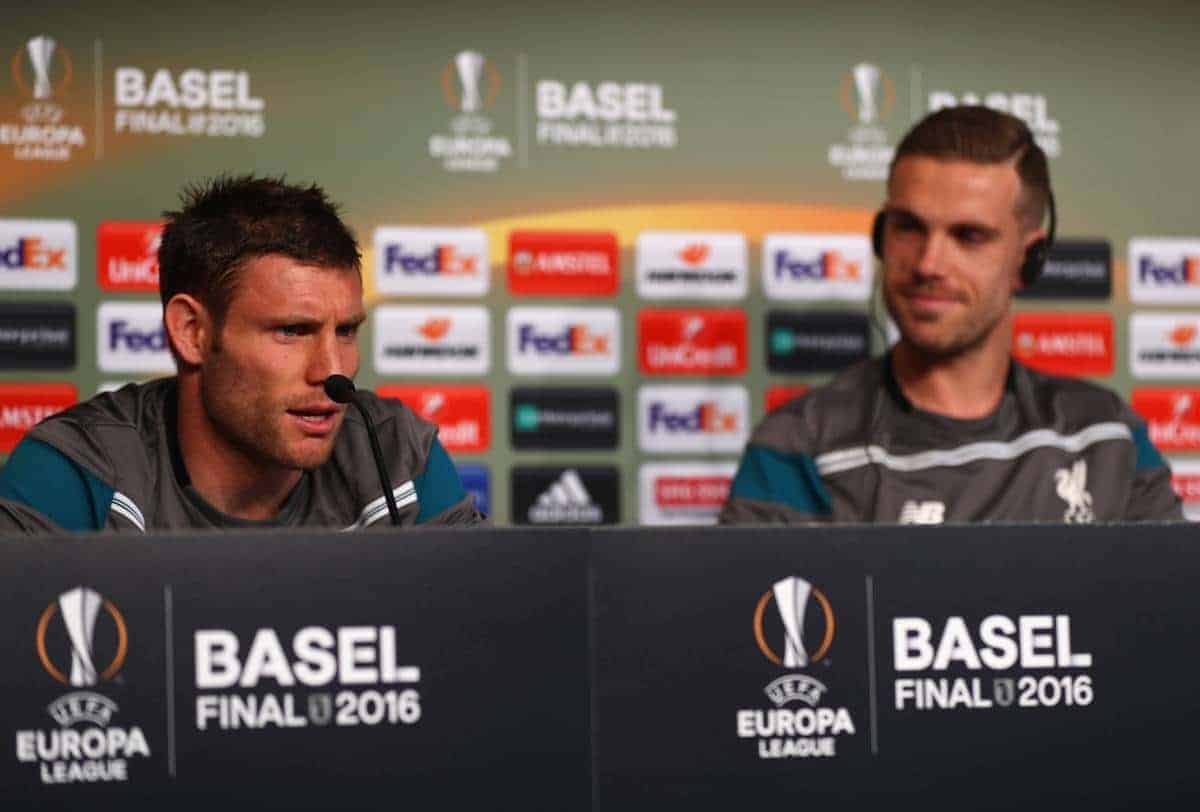 Liverpool vice-captain James Milner wants to look back on his career and be able to count a European trophy among his winners’ medals.

The England international has two Premier League titles and an FA Cup to his name from his time at Manchester City but is keen to add to that tally in Basle against defending champions Sevilla in the Europa League final.

Victory in Switzerland would also guarantee Liverpool a Champions League place for next season but that is not what interests the 30-year-old, who moved to Anfield last summer confident he could add to his medal haul.

“I think it is a nice bonus but I don’t think we’ve thought about the Champions League that much, it is all about winning trophies,” he said.

“The only thing on our minds at this time is lifting that trophy and adding to the great history of this club – if that puts us in the Champions League then great.

“But it is all about looking back at the end of your carer and seeing what you have won. To win a European trophy is a massive achievement.

“I had a tough decision to make last year but I have thoroughly enjoyed my first season here.

“It is a massive club which is used to wining trophies and I wanted to come here and add to that.

“We’ve got to two cup finals this year and unfortunately we’ve had a losing experience [against Manchester City in the Capital One Cup] but we can turn that around and end the season successfully.

“It has been a long road to get to this final and we’ve managed to beat a lot of good teams to be here but it is all about finishing the job now.

“Hopefully it will be the first of many trophies for this squad and the manager.”