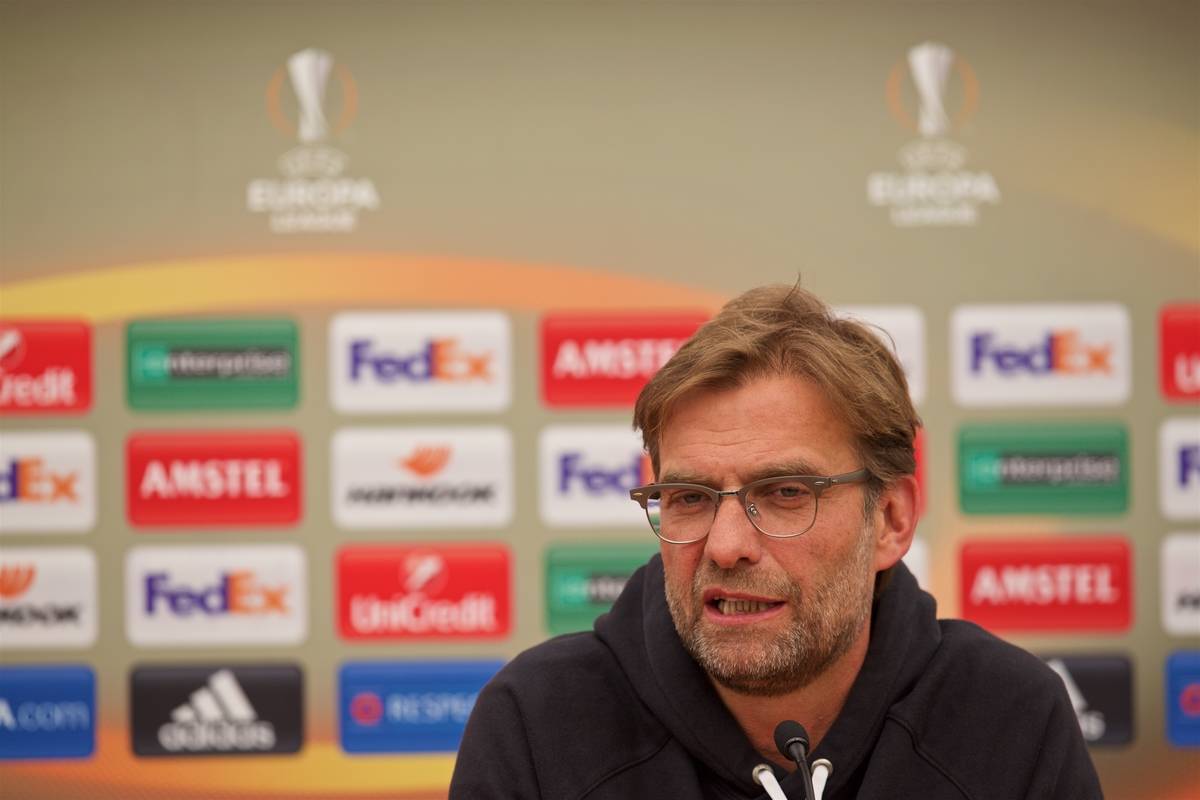 Liverpool manager Jurgen Klopp has rescinded his invitation for all fans to travel to Basel for the Europa League final after admitting it was “not too smart”.

On Friday at his press conference the German said “it is even worth going there without having a ticket for the game to be around the stadium”.

Liverpool have been allocated just 10,236 tickets for the 35,000-capacity St Jakob-Park and although there is a possibility of obtaining extra if defending champions Sevilla do not sell out – plus securing some of the 9,000 which went on general sale – tens of thousands are planning to travel.

Hotels are fully booked as are most flights and with the club and police appealing for ticketless fans to stay at home, Klopp has backtracked.

“I heard today was my 49th game as Liverpool manager, which means I have had 5,637 press conferences and I’ve said a lot of things in these press conferences,” he said after the 2-0 home win over Watford.

“Most of them are easy to forget but last time I spoke about Basel I spoke like a supporter and I invited all Liverpool fans to Basel.

“That was not too smart to be honest. Basel is a nice city but it is not ready for us and it was my mistake.

“I have to take back the invitation to Basel.

“Please only people with tickets go there because everything else will be chaos and we don’t want this, we have to concentrate on football.

“It is wonderful to be in the stadium but if you cannot be there then stay at home or come to Liverpool and watch the game together with friends and let’s have a party after this.

“It is really, really, really necessary that you now listen – most of the time you can ignore what I say but now it is important.

“We have to send the team plus 10,000 fans and the rest all over the world can enjoy the game with best friends and family.”