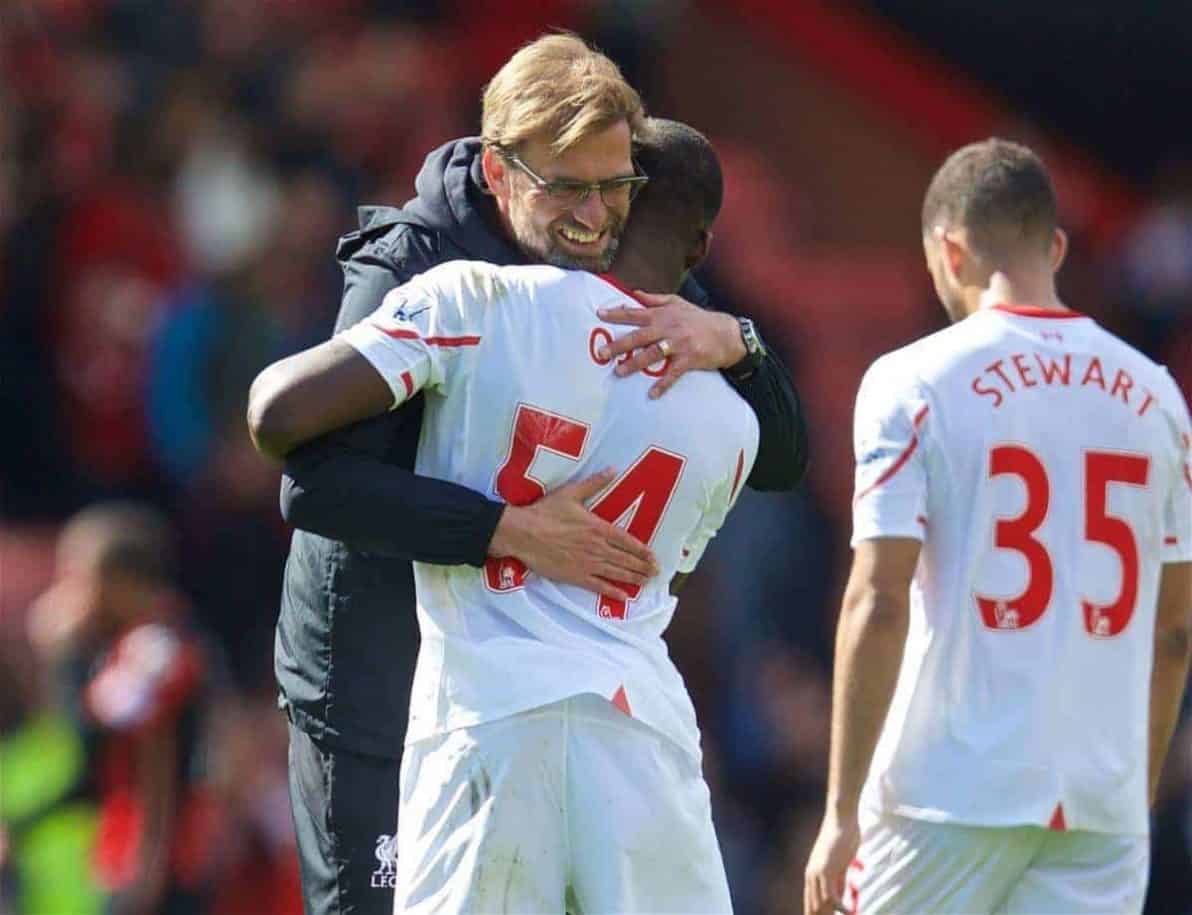 The 18-year-old winger was recalled from a loan spell at Sky Bet Championship side Wolves in January because of a growing injury crisis.

Having been given his first-team debut in the FA Cup, the teenager scored a brilliant maiden goal in a third-round replay against Exeter but has maintained his progress with a Premier League debut and now has five league appearances under his belt.

Ojo has impressed in his time on the pitch but, having received encouragement from Klopp, admits he is just playing the same way he has since he was a child.

“One of the first things the manager said to me when I first met him was to play my own game despite what team I am in and he instilled that confidence in me,” the academy graduate told Press Association Sport.

“I just express myself and try to play within the team as well. “I just try to play as if I was a young kid. When I am on the pitch I don’t really think about it, it is all natural.

“I try to enjoy myself while doing my best for the team.

“He is a great manager and I am really lucky to be managed by him and I am trying to learn as much as I can.

“In training he has his different techniques and is always talking to the younger players.

“You can see how he is with the crowd and the players. Even small things like giving players a hug – it seems like a joke but that instils confidence and we are getting the benefit.

“He’s given me quite a few (hugs) to be fair so hopefully there will be more to come.” Despite some encouraging cameo roles against the likes of Stoke and Bournemouth, Ojo is not about to get carried away with the attention he is receiving.

It was only March when he was back in the Under-21s scoring a hat-trick against Middlesbrough and he knows he has to justify his continued inclusion in the first-team squad both on and off the field.

“I am happy with the way things are going but it is important to realise how I have got there, which has been working harder in training,” said the teenager, who is likely to get another run out in a much-changed team at home to Watford on Sunday.

“For me, although everything is going well I can still do more.”

While Klopp has often voiced his dislike of sending out a number of the club’s best young talent on loan it undoubtedly had a positive impact on Ojo.

He had four months with Wigan – a team destined for relegation to League One – towards the end of last season before heading out to the Championship again in August when he went to Wolves.

“The loan spells helped me loads,” he said.

“Wigan was my first proper taste of first-team football and that was good – apart from us getting relegated in the end. “Wolves was more about being a regular in a team and that helped me in good and bad ways because there were times when I was on the bench and I wanted to start and that has made me mentally stronger.

“Overall both loan spells have had their different positive effects on me. “Even when things don’t go well it is a learning curve.