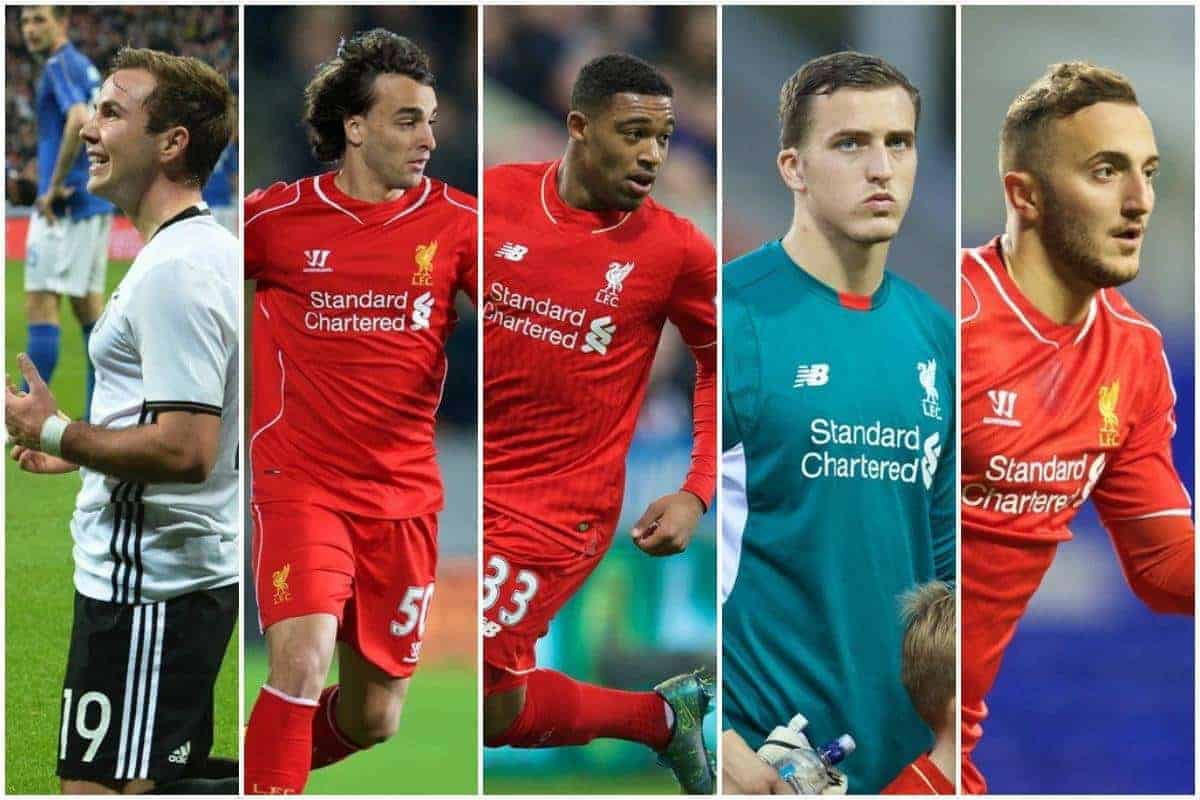 Following another day of activity for Jurgen Klopp and his backroom staff, we roundup the latest Liverpool transfer news.

Having secured the signing of German goalkeeper Loris Karius in a £4.7 million deal on Tuesday afternoon, Klopp has welcomed his third signing of the summer.

Karius, who signed a five-year contract with the Reds, joins Joel Matip and Marko Grujic through the Shankly Gates ahead of 2016/17, providing competition for current first-choice goalkeeper Simon Mignolet.

But this is unlikely to be the last of Klopp’s transfer business, in what is poised to be a busy summer for the Reds manager.

Liverpool’s protracted bid to sign Mario Gotze from Bayern Munich this summer took a major blow on Monday, when the 23-year-old took to Facebook to commit his future to the Bundesliga club.

“I’m [going to] do everything to be in peak physical condition [at Euro 2016] and at the first workout under Carlo Ancelotti,” he said, despite the incoming Bayern coach having told Gotze he would not play a key role in his squad next season.

Gotze has poured cold water on a £20 million move to Merseyside, and according to Bayern legend Lothar Matthaus, this was the right decision.

“I don’t know whether there was indeed an offer from Liverpool, but why would he join a club that do not even play in the Champions League?” Matthaus said on Tuesday.

After a number of key figures in German football advocating Gotze’s move, Matthaus’ stance is an interesting one, and it remains to be seen whether staying at Bayern was the “right solution.”

It is fair to say Lazar Markovic‘s loan spell with Fenerbahce in 2015/16 has been a miserable one.

The 22-year-old winger has made just 20 appearances for the Turkish Super Lig side, including just 13 starts, with his campaign hampered by recurring hamstring injuries.

But despite Markovic having not featured since the beginning of February, Fenerbahce have moved to secure a second loan spell for the former Benfica star, according to reports in Turkey.

Turkish outlet Sporx suggests that the Istanbul side have made an offer to Liverpool to take Markovic on for 2016/17 in order to aid the winger’s development.

Manager Vitor Pereira described Markovic as a “good alternative” within his squad, likely eyeing another rotational role next season, but it remains unclear whether Liverpool’s £20 million signing will turn out at the Sukru Saracoglu Stadium again.

Liverpool Will Entertain Offers for Ibe

Markovic’s position at Liverpool could be affected by a lack of European football next season, and a similar situation could see Klopp move on promising young talent Jordon Ibe.

Ibe struggled for form throughout 2015/16, and according to the Telegraph‘s Chris Bascombe, Liverpool are now prepared to listen to offers for the 20-year-old.

Bascombe claims that both Southampton and Watford are interested in signing the former Wycombe Wanderers youth, with the Hornets previously linked with a bid back in March.

Ibe’s opportunities may be limited on Merseyside next season, so a move could benefit his development—and his eventual international prospects.

But from Liverpool’s perspective, a loan switch would be a sensible avenue, given Ibe’s vast potential.

Fulton Looking for Another Loan Move

With Karius arriving at Liverpool on Tuesday, and taking up the No. 1 shirt, competition for places in Klopp’s goalkeeping ranks increased significantly.

While Adam Bogdan and Danny Ward are both expected to leave the club this summer, on permanent and temporary transfers respectively, the future of Ryan Fulton was left unaddressed.

But as the 20-year-old told the Portsmouth News on Wednesday, he is seeking another loan move—and would be willing to rejoin Portsmouth, after enjoying a spell with the League One side in 2016.

“Obviously, I want to go back out on loan somewhere. It would be great if it was Portsmouth, but I just want to play first-team football so I’ll see what it brings,” he said.

“I want to be a regular and enjoy my time playing football. Liverpool is a great club to be at but it’s a lot different when you start playing first-team football, you realise it is so much bigger and better.

“Liverpool want me to go out on loan, which is great as it’s a chance for me to try to impress, but at the same time show my worth to Liverpool.”

Along with Markovic and Martin Skrtel, another Liverpool player may be on his way to Turkey this summer, with young striker Samed Yesil linked with a move to join Trabzonspor.

Yesil spent the 2015/16 season on loan with Swiss side FC Luzern, suffering relegation under manager Sami Hyypia, and at 22, is highly unlikely to break into Klopp’s first-team thinking this summer.

According to Turkish outlet Sabah, Super Lig side Trabzonspor could offer Yesil a route away from Anfield.

Trabzonspor president Muharrem Usta is said to be particularly interested in signing the Germany youth international, with negotiations set to take place in the coming weeks.

Liverpool are not likely to stand in Yesil’s way, potentially marking the end of a disappointing spell with the Reds.