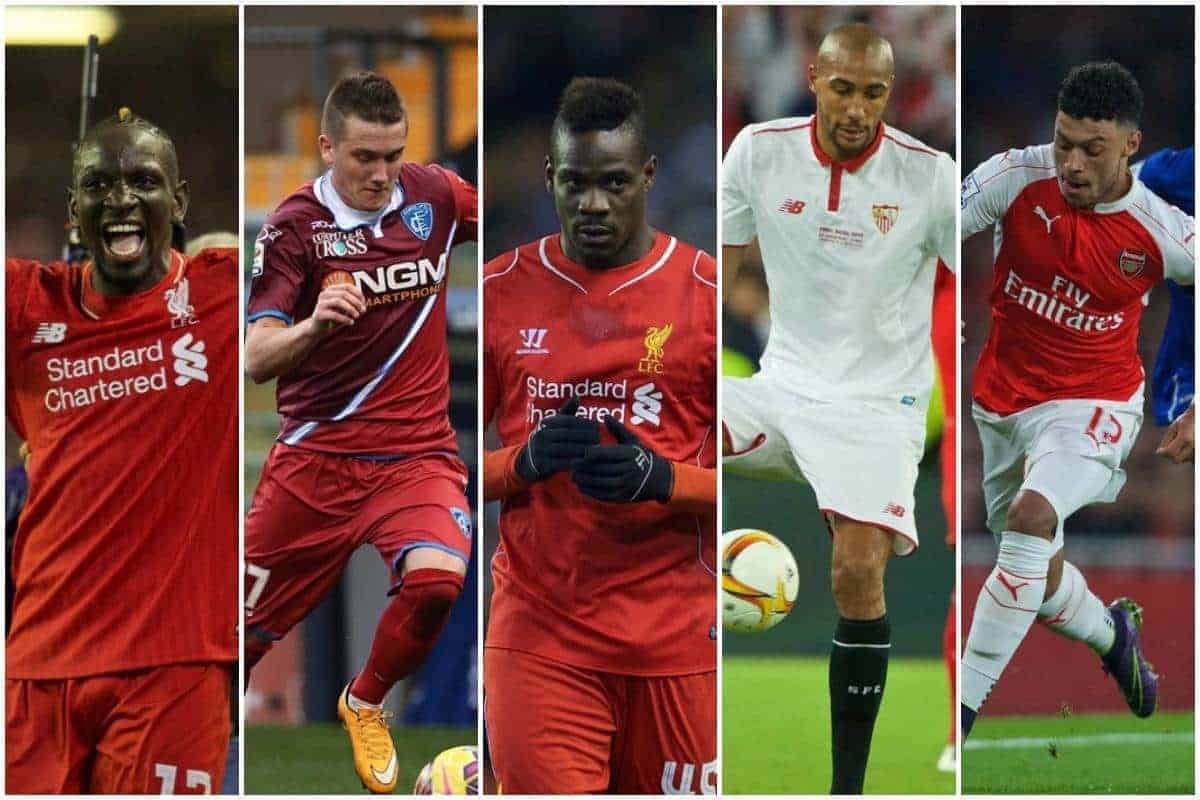 We round up the latest Liverpool transfer news on another busy day for Jurgen Klopp and his backroom staff.

It is Balotelli’s future in particular that could dominate headlines throughout the summer, with the Italian striker left to pursue all avenues as he works for a move away from Merseyside.

Here is the latest Liverpool transfer news, including an opportunity to stay in Serie A for Balotelli.

Mamadou Sakho’s fight against a potential long-term ban for a doping violation took a shocking twist on Saturday afternoon, as it was revealed that UEFA had not extended the Frenchman’s initial suspension.

The European governing body are set to investigate whether the fat-burning drug found in Sakho’s system should be on their banned list, currently leaving the centre-back free to return to action.

This could be a major boost for France manager Didier Deschamps, who may call Sakho into his squad for Euro 2016 after injuries to other key defenders.

For Klopp, it could alter his transfer plans for the summer, as while the likes of Niklas Sule and Jonathan Tah were linked with moves to Anfield, it may be that the 48-year-old can instead build around a current squad talent in Sakho.

All will be revealed in the coming weeks, as UEFA continue their investigation into Sakho’s transgression.

A potential move to sign Udinese midfielder Piotr Zielinski has been in the works for months, as Klopp looks to add to his ranks in the middle of the park.

But it was believed that Borussia Monchengladbach youngster Mahmoud Dahoud was the German’s top priority, following suggestions that the Reds would go “all out” to sign the Bundesliga’s rising star.

However, according to reports in Italy, negotiations ahead of a deal for Zielinski have “accelerated,” following “a few days of reflection.”

This could suggest that Liverpool are convinced that Dahoud will not leave Gladbach, given Andre Schubert’s side have already sold Granit Xhaka to Arsenal and seen Havard Nordtveit leave for West Ham United.

Zielinski is an excellent second choice for Liverpool, and would bolster Klopp’s ranks significantly this summer.

Balotelli On His Way to Lazio? Further reports from Italian publication Il Messaggero have mooted a potential departure from Anfield, with Balotelli linked with a move to join Serie A outfit Lazio.

Balotelli has been touted with moves to join Lazio’s league rivals Crotone, Turkish Super Lig side Galatasaray and a number of clubs from the Chinese Super League, with few representing an ideal option for the striker.

But with Balotelli’s agent, Mino Raiola, said to be in talks with Lazio over a potential move, he could have found his next destination.

Raiola is said to be formulating a “low-cost plan” to ensure Balotelli begins 2016/17 at Lazio, but it is speculated that the 25-year-old would earn “much less” at the Stadio Olimpico.

Balotelli currently earns £80,000 a week at Liverpool, though few could argue that his performances have warranted this high-profile wage. Having fallen at the hands of Sevilla in the Europa League final, Liverpool could look to poach one of their finest talents this summer.

According to the Mirror, the Reds are vying with Leicester City, Man United and Arsenal for former Blackburn Rovers and Stoke City midfielder Steven N’Zonzi.

Liverpool are believed to be “keeping tabs” on N’Zonzi’s availability, but with the Foxes reported to have seen an £18 million bid for the Frenchman rejected already, their interest could prove fruitless.

While Liverpool are in desperate need of a midfielder possessing N’Zonzi’s defensive quality and tenacity, whether Klopp will push through a move for the 27-year-old remains to be seen.

Liverpool to Battle Leicester for Oxlade-Chamberlain

Not content with challenging the Premier League champions for N’Zonzi, it is also reported on Sunday that Liverpool will face off with Leicester in their bid to sign Alex Oxlade-Chamberlain.

The England international has fallen down the pecking order at Arsenal following a number of niggling injuries, and could look to leave the Emirates Stadium this summer.

If this is the case, Liverpool and Leicester will face off in their attempts to convince the 22-year-old to join their cause, according to the Express.

Klopp is clearly looking to add to his wide ranks this summer, with Southampton‘s Sadio Mane targeted following a failure to sign Mario Gotze from Bayern Munich.

But Oxlade-Chamberlain would represent a risk signing, having struggled to kickstart his career following his move to north London.