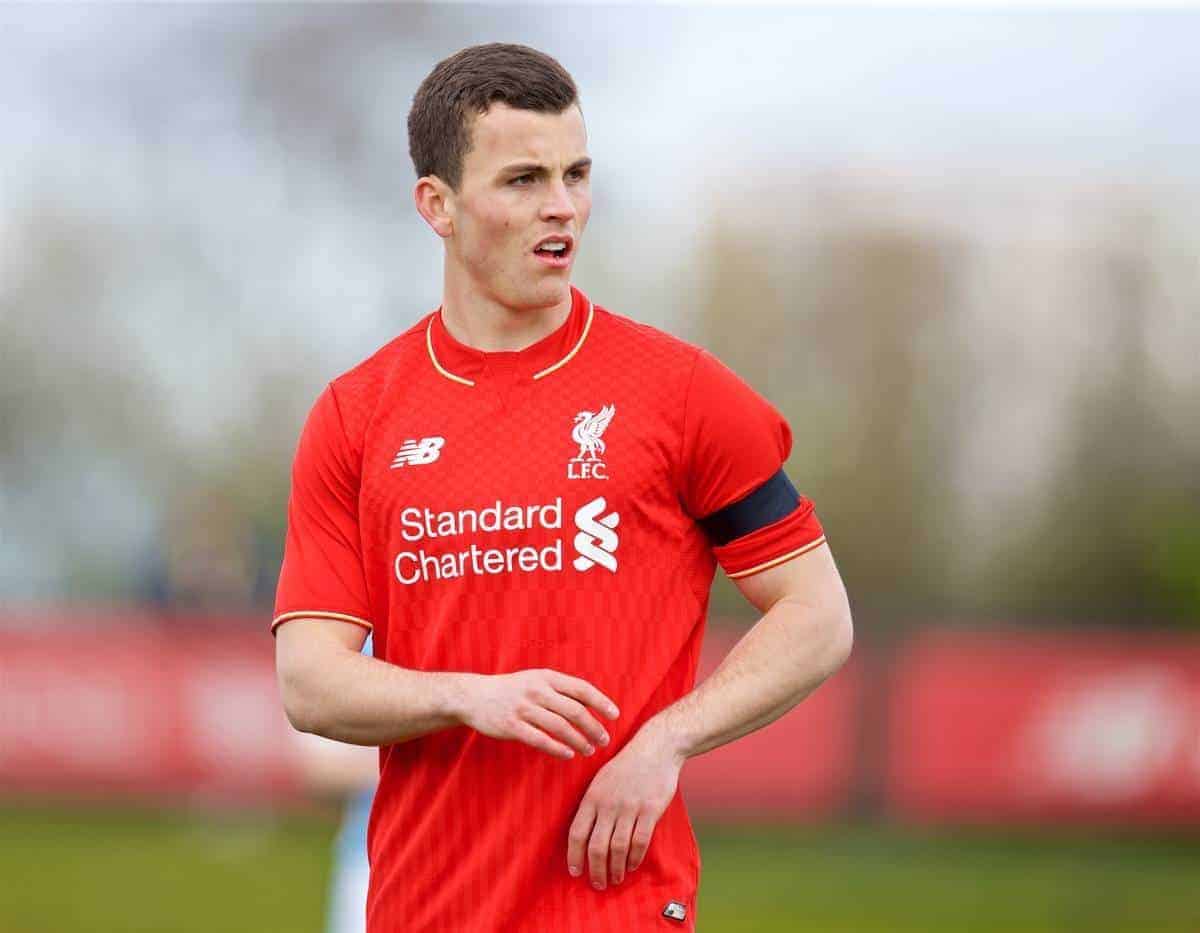 A squad of Liverpool’s U19s players, including Brooks Lennon and Joe Maguire, finished third in this year’s Spax Cup.

Neil Critchley took a young side to this season’s tournament in Germany, taking on Schalke, Atletico Mineiro, Hamburger SV and Arsenal before Monday’s third-place playoff against Wolfsburg.

Grouped with Atletico, Hamburg and Schalke in the initial stages, the Reds began with a 2-2 draw with the latter.

Goals from Lennon and U18s captain Trent Alexander-Arnold sealed a point for Critchley’s side, before a 0-0 draw with Atletico left them needing a victory over Hamburg.

Fortunately, a brace from Toni Gomes secured a priceless victory on Friday afternoon, ensuring a place in the semi-finals, and a clash with English rivals Arsenal.

“The boys have been superb so far and hopefully we can produce another good performance against Arsenal,” Critchley said before the game.

“This is a fantastic tournament with some really good teams in it and it is a great experience for the boys.” Taking on a Gunners side that included the hugely promising Dan Crowley, who spent the first half of the 2015/16 campaign on loan with League One side Barnsley, the Reds faced a tough challenge.

A goal from Eddie Nketiah consigned the Reds to defeat, leaving Critchley to lead his side to a third-place playoff against Wolfsburg.

Having suffered a disappointing loss just hours previous, Liverpool battled back to victory, with a goal from Portuguese youngster Paulo Alves, who joined the club from AD Sanjoanense last summer, ensuring a 1-0 win.

Schalke went on to win the Spax Cup, triumphing over Arsenal in the final.

Critchley’s side can take heart from their performances, however, and the tournament will have given the 37-year-old a chance to witness the talents of trialist Zorhan Bassong.

Bassong, a 17-year-old Canadian-born midfielder, had trained with Belgian side Anderlecht, but is currently fighting for a long-term role at Liverpool, as the search for young talent continues.