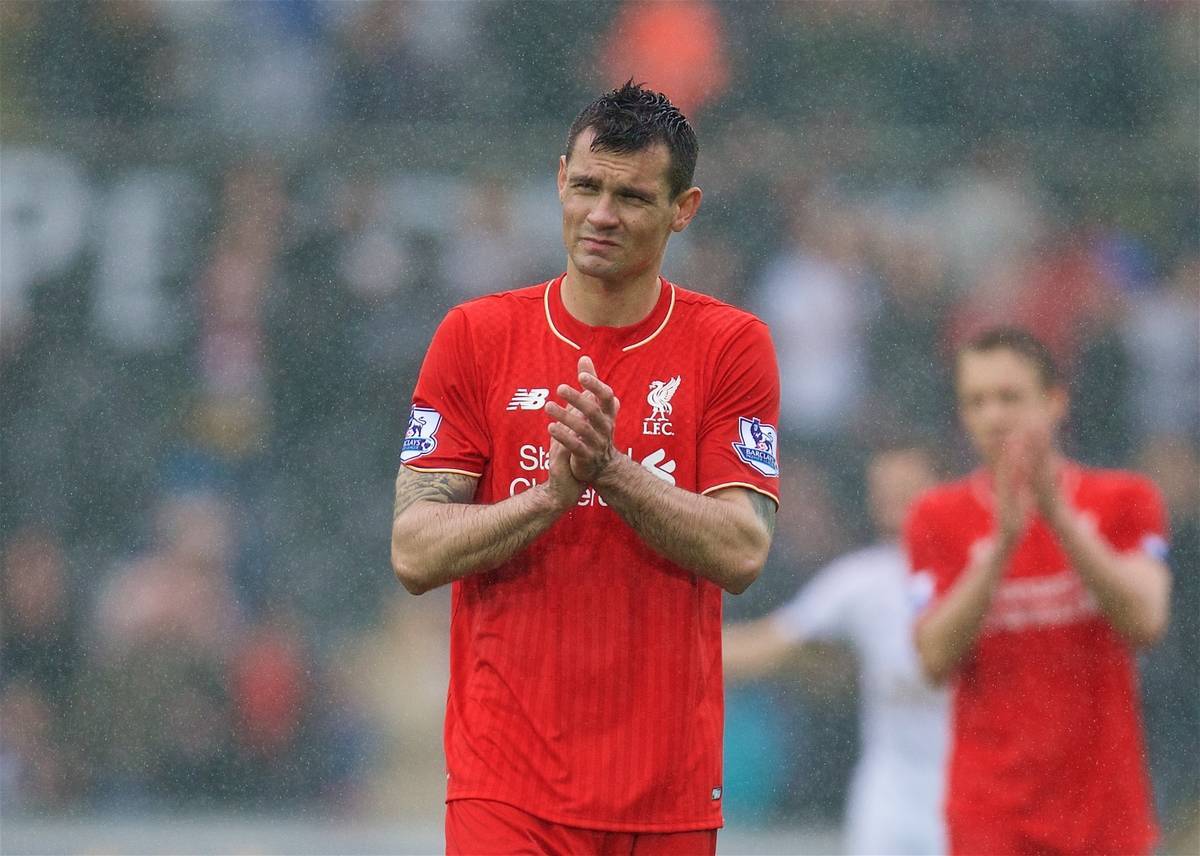 We take a look at how the media assessed Liverpool’s disappointing 3-1 loss to Swansea City at the Liberty Stadium.

Jurgen Klopp’s much-changed Reds suffered a miserable day all round in south Wales as they slumped to their 10th Premier League loss of the season.

First-half strikes from Andre Ayew and Jack Cork gave the Swans a commanding lead, which Christian Benteke briefly reduced, but the Ghanaian’s second of the game sealed the points for Francesco Guidolin’s men.

It was a poor performance from the youthful Reds lineup, who were outplayed and out-fought by the Swans—but it’s a result that Klopp and his group must move on from quickly, with a make-or-break Europa League second-leg against Villarreal up next.

Reporters reflected on a miserable day for the Reds and felt Klopp’s side lacked desire and fight in their performance.

A noon kick off at a rain-soaked Liberty Stadium on a Sunday is not high on anyone’s bucket list and Liverpool’s lack of enthusiasm against Swansea was obvious from the start.

The appetite [Klopp] had expected to see from a much-changed side on the field was conspicuous by its absence. Too many lacked the stomach for a fight.

Riath Al-Samarrai for the Mail assessed:

This was a woeful showing from Liverpool and one which broadly indicated that Klopp’s priorities are now firmly aimed at winning the Europa League.

What actually transpired was fairly embarrassing and can only be put down to an attempt at a false impression for Villarreal spies watching their upcoming Europa League opponents.

Having seen Liverpool’s youngest XI of the Premier League era struggles in Wales, reporters felt it was an afternoon that provided a big learning curve for the young players.

The kids learned a hard lesson but the older, wiser man who picked them maintained it was a sacrifice worth making.

This was not the first time Jurgen Klopp had selected an experimental team with European commitments in mind, as a similarly inexperienced line-up won comfortably at Bournemouth in April.

However, against Swansea, Klopp’s side unravelled as their youngsters swere overwhelmed.

The Echo‘s Kristian Walsh felt it was “a game too far” for the academy boys:

If there was ever a game to deal the Liverpool youngsters the harsh realities of life as a Premier League footballer, this was it.

Jurgen Klopp‘s starting XI, with an average age of just 23, showed just how little value the German placed in this fixture but he will have nonetheless been disappointed with the way his side were outplayed.

Reddy felt the young midfield in particular struggled to impress:

They were overrun in midfield where the young pair of Pedro Chirivella, 18, and 22-year-old Kevin Stewart struggled to assert any kind of authority.

Midfielder Pedro Chirivella endured a torrid first league start, and the 18-year-old was replaced by the seasoned Lucas Leiva at half-time.

Chirivella’s midfield colleague Kevin Stewart did not fare much better, while young left-back Smith was sent off after receiving two yellow cards. With a clutch of inexperienced youngsters given rare league starts, including a top-flight debut for the 18-year-old Pedro Chirivella, the Reds looked decidedly green, especially in midfield, where Chirivella and Kevin Stewart found it difficult to cope with the slick hosts.

Kevin Stewart was equally ineffective, part of a midfield screen with Chirivella that was hopelessly inadequate in the face of a Swansea side that suddenly hit its stride.

Meanwhile, Reddy singled out Danny Ward for praise for “reducing the embarrassment”:

Only Danny Ward could’ve felt slightly unfortunate about the score-line, producing a series of saves that reduced the embarrassment for Liverpool.

They were shambolic at the back, where the partnership of Dejan Lovren and Martin Skrtel returned nightmares of old. They were criminal in possession, and not near as compact out of it.

Walsh assessed of the dodgy duo:

Skrtel was not the only one to blame in this chastening 90 minutes, but his old hang-ups – which bring so much criticism his way – were prevalent once more.

With Lovren back on the left-hand side of defence, he was far less assured. Again, like Skrtel, he was not absolutely abject, but the prevailing air of doom that surrounded the defence was most unwelcome.

This is a partnership that doesn’t work.

Kelly assessed a 4/10 performance from Skrtel:

Defenders need protection too, and the inexperience in front of him made his job doubly hard. It’s doubtful he could have done it anyway, however, his performance virtually confirming he will leave the club soon. There have been too many games this season when his mere presence has affected all around him.

Liverpool’s youngsters could have benefited from better support from their senior team-mates here. Philippe Coutinho and Daniel Sturridge, in particular, sometimes had the air of laggards, only really coming alive when presented with the ball. After completing 90 minutes but turning in a sluggish performance, some focussed on the use of Sturridge  and what it means for his role in Thursday’s do-or-die clash against Villarreal.

Walsh felt Sturridge missed his chance to stake a claim to start in the European showdown:

The only question, perhaps, revolves around the fate of Daniel Sturridge and which player will be taken out to accommodate him up front.

But if this was to be the game Sturridge confirmed the absolute necessity of selecting him against Villarreal, this wasn’t it.

That fixture will surely see Liverpool go full strength again, though it will be fascinating to see Daniel Sturridge’s role, considering he played the full 90 minutes here before heading straight for the tunnel at the final whistle. The impression persists that he simply isn’t Klopp’s preferred option.

He’s a match-winner and against a team as well drilled defensively as Villarreal, on a night when the difference between ecstasy and agony is likely to be wafer-thin, Sturridge has to be out there.

On the other hand, Walsh felt Benteke’s goal-scoring impact boosted his chances of involvement on Thursday night:

But Christian Benteke would have done his chances of involvement little harm. Probably not from the start, but he announced himself off the bench as an option on Thursday.

He looked sharp when he came on, moving well off the ball. He also nodded home Sheyi Ojo‘s corner to give the Reds a glimmer of hope. He looked more menacing than he has for most of Klopp’s reign.