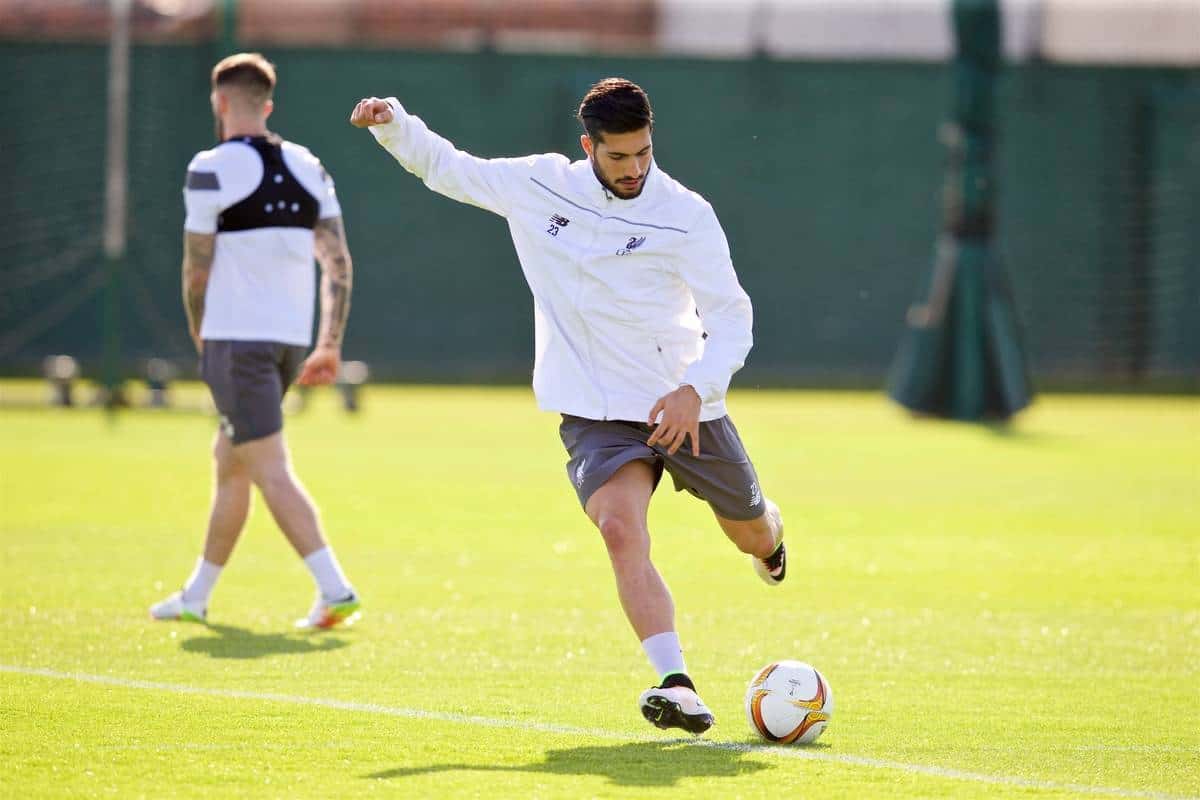 Liverpool trained at a sunny Melwood on Wednesday afternoon, ahead of their biggest game of the season against Villarreal on Thursday night.

The importance of Thursday’s second-leg cannot be understated, with a place in the final leading to a chance to gain qualification for next season’s Champions League. There hasn’t been a bigger game since the end of the 2013/14 season.

Liverpool need to overcome the 1-0 first-leg defeat, hoping to avoid the same fate that they suffered after losing to Spanish opposition in a Europa League semi-final in 2010—when Atletico Madrid went through on away goals after a 2-1 defeat at Anfield after extra time.

There was a huge boost with Emre Can back in full training. The German is back in the squad having returned from an ankle injury suffered against Dortmund.

There was also the welcome sight of Danny Ings back training with the squad. The England forward has been sidelined with an ACL injury suffered in Klopp’s first training session back in October.

He cannot feature in Europe though as he isn’t registered in the European squad. A potential appearance in one of the three remaining league games is his best hope.