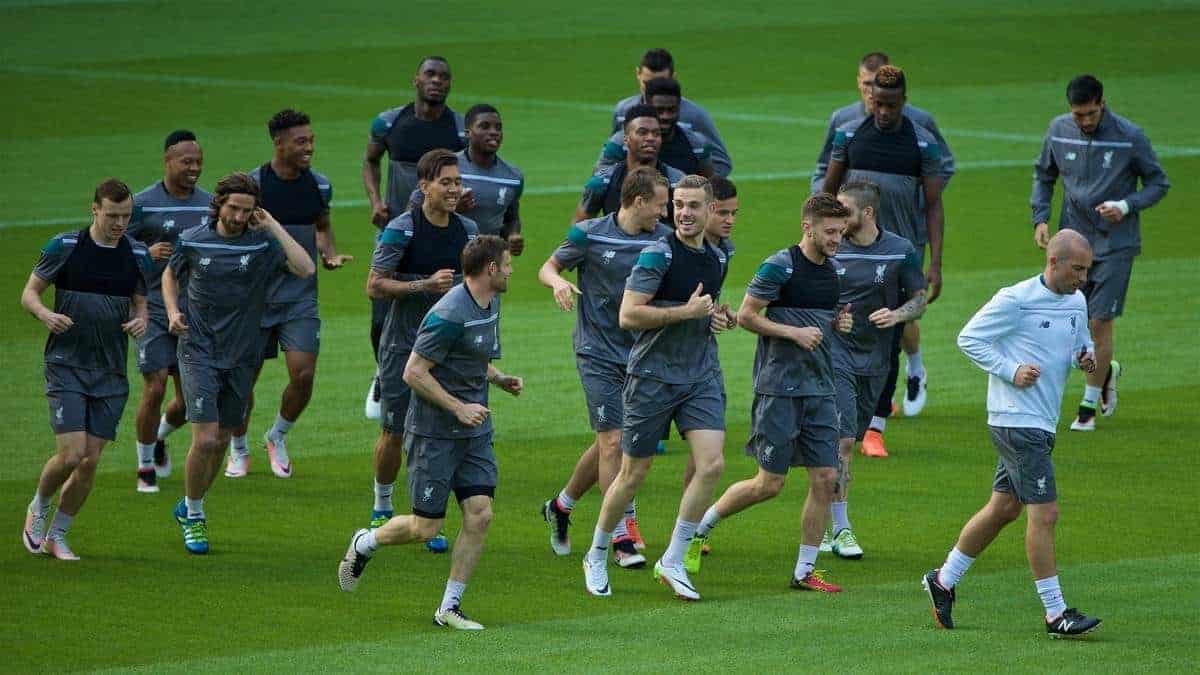 Klopp’s Reds face their biggest challenge yet, as they take on Sevilla in Switzerland, with a place in next season’s Champions League group stage up for grabs.

The German will be desperate to finish his first season in charge of Liverpool with a trophy, particularly after having suffered disappointment at the hands of Man City in February’s League Cup final.

Travelling to Basel on Tuesday morning, the Reds took training at St. Jakob-Park later that evening. Speaking ahead of the game, Klopp stressed that he was looking to keep preparations for the game “as normal as possible.”

“Since two weeks nobody has asked us about the next Premier League game,” he said.

“It’s a special situation, so the rest needs to be as usual as possible.” Captain Jordan Henderson and backup goalkeeper Danny Ward have both returned from injury and are in contention for the clash, though they are likely to take up places on the substitutes’ bench.

Roberto Firmino is poised to take up a key role in the Liverpool attack, with the Brazilian’s fine-tuned pressing game central to the Reds’ success in what is likely to be a high-tempo matchup.

Firmino was among those to sit out of Sunday’s 1-1 draw away to West Brom, with Klopp resting his first-choice lineup ahead of the trip to Basel. Firmino will be join by his compatriot, Philippe Coutinho, in Klopp’s starting lineup, and the 23-year-old was in elusive form throughout Tuesday’s session. Emre Can is also likely to start, joining James Milner in what is set to be a two-man midfield in a 4-2-3-1 formation.

Can was in the Bayern Munich squad for the 2012/13, a campaign that saw Bayern seal Champions League glory over Klopp’s Borussia Dortmund, and will be looking to add to his collection of medals on Wednesday night. For Klopp, this presents an opportunity to strike back following that 2-1 defeat at Wembley Stadium, and a win over Sevilla would give the 48-year-old the perfect start to life at Liverpool.