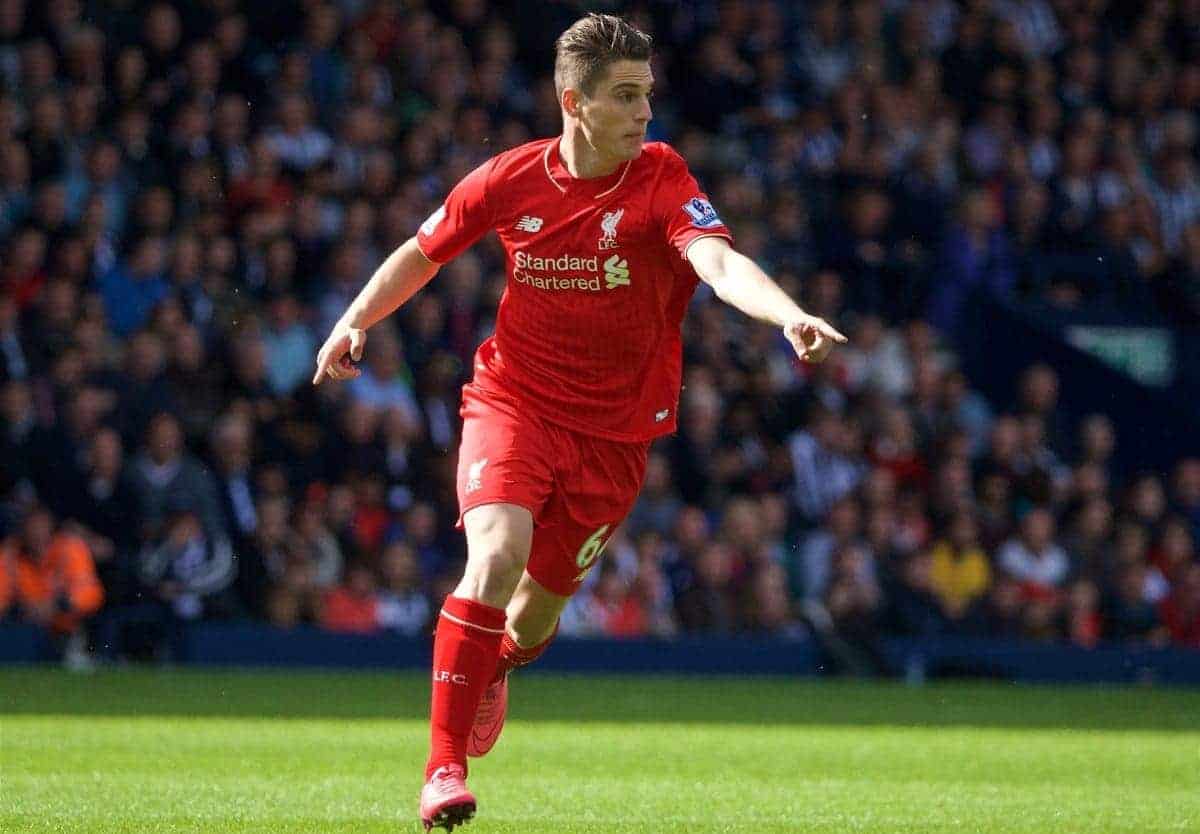 Despite making his Liverpool debut in Sunday’s 1-1 draw with West Brom, Sergi Canos could leave the club this summer.

The 19-year-old winger returned from a season-long loan with Brentford and stepped immediately into Jurgen Klopp‘s first-team squad, playing the final 10 minutes of the Reds’ clash at the Hawthorns.

After the game, Canos explained how it was “the best 10 minutes of my life.”

However, with the Spaniard’s contract entering its final year this summer, the Independent‘s Jack Pitt-Brooke has suggested Canos could leave on a permanent deal.

This comes with the club and Canos’ representatives “way apart” when it comes to contract talks, as Liverpool are said to have offered just £3,000 a week.

As a result, if a deal cannot be agreed, Canos is likely to leave in a £1 million deal, with Brentford joined by Rangers, Reading and Fulham as interested parties.

Spanish sides Eibar and Sporting Gijon are believed to hold a long-term interest in the former Barcelona youngster, though they would only move for a pre-contract deal next summer.

Liverpool recently lost fellow academy talent Jordan Rossiter in a similar situation, with the midfielder moving north of the border to join Rangers, with the Reds receiving a paltry compensation fee of just £250,000.

With Canos impressing on loan with the Bees this season, and giving a good account of his abilities against the Baggies, this would come as a blow for Jurgen Klopp.

Whether this is a viable situation, however, remains to be seen.

Canos’ comments after the Sunday’s draw, saying “today one of my dreams came true,” and that he would be “ready to go 200 percent” during pre-season, suggest he is committed to the club.

That this report comes immediately after Canos’ debut is particularly convenient, and Klopp will likely take longer to make a judgment before losing one of the club’s finest young talents.