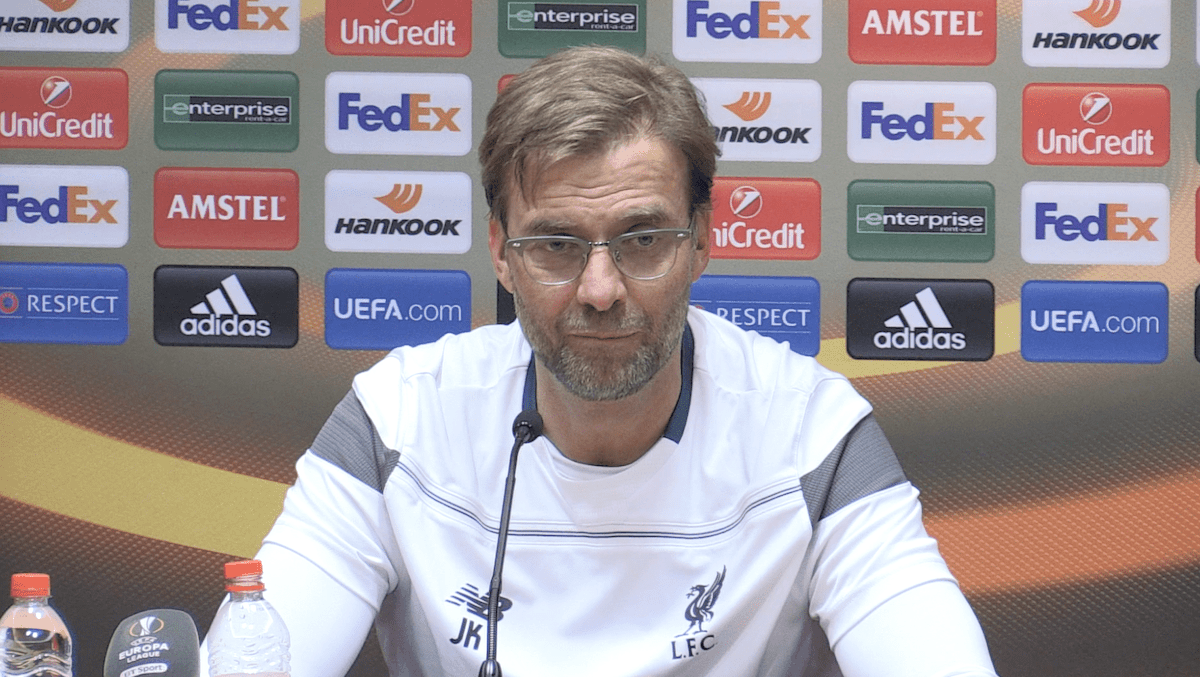 Watch a delighted but tired Jurgen Klopp after Liverpool beat Villarreal 3-0 to progress to the Europa League final.

Klopp spoke of how pleased he was with the team performance, and the influence of the fans.

On the atmosphere, he said: “It was nice to watch, be part of it, the whole performance from 6.45pm when we drove through the road again.”

On Daniel Sturridge he said: “When Daniel Sturridge is fit he is an unbelievable striker but even he needs players to play with and I know about his quality, I knew before I came here and now I now even more. [A] great player.”