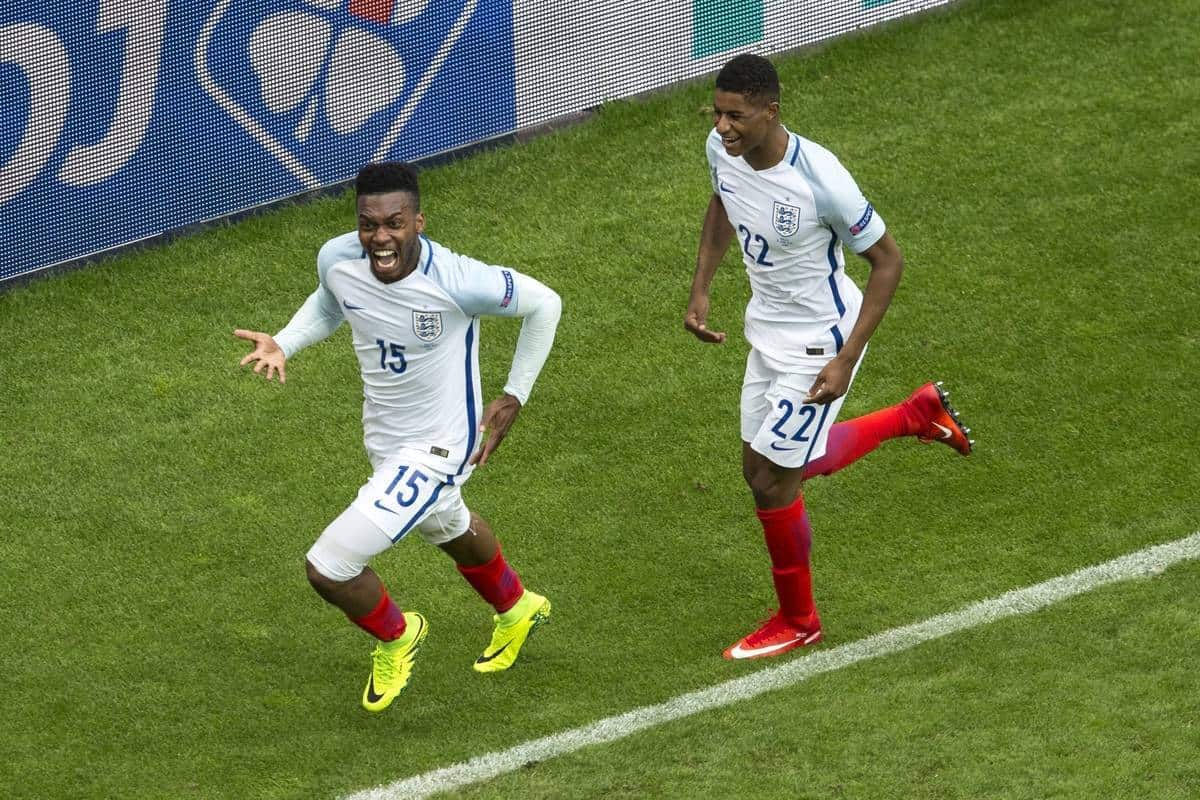 England came out on top against Wales at Euro 2016, with three Reds featuring in a game decided by Daniel Sturridge‘s injury-time winner.

It was a typically British battle that saw Reds on both sides at the very British setting of the Stade Bollaert-Delelis in Lens.

Adam Lallana was the only Anfield player to start the contest for England, while Joe Allen had the same honour for Wales, with Danny Ward dropping to the bench as Wayne Hennessey returned between the sticks.

Nathaniel Clyne, Jordan Henderson and James Milner all had to make do with watching from the Three Lions’ bench for the duration, as Roy Hodgson turned to three strikers to change the game.

Here’s how the Reds fared.

Lallana #ENG's best player in 1st half, Sturridge 2nd half. You're welcome. #unbiasedanalysis

One of England’s most influential players in the opening draw with Russia, it was no surprise to see Lallana retain his place in Hodgson’s starting XI.

The 28-year-old once again started from the right of England’s three-man attack, with he and Raheem Sterling supporting striker Harry Kane.

Lallana was unquestionably one of the Three Lions’ brightest players and arguably England’s best in the first half.

His creativity in possession, work-rate in setting the tempo for pressing Coleman’s men, alongside his off-ball running in the final to get in behind the Wales defence, was crucial to England’s positive start.

The Reds attacking midfielder created the first big chance of the game from that after just seven minutes – breaking brilliantly in behind Kane before fizzing a perfect ball across the box for ex-Red Raheem Sterling, who somehow missed the target.

Sterling misses from 5 yards out. We've seen that before. #cantfinishhisdinner

Lallana linked well between midfield in attack, brave to take the ball under pressure as he ducked in and out of Wales’ defensive lines, though he was let down by a lack of movement ahead of him from Kane in particular first half.

He switched to a left side role – albeit with freedom to roam – in the second period, and enjoyed the extra space that opened up following Vardy and Sturridge’s introductions, continuing to orchestrate play in the final third.

Lallana showed some nice touches to release the marauding Kyle Walker and Danny Rose in wide-areas, while his crisp passing in finding Sturridge was vital to England taking the initiative and carrying the fight in the second period.

Lallana was withdrawn for Marcus Rashford after 73 minutes as Hodgson chased a winner, but this was certainly not a move reflective of his performance.

The ex-Southampton man enjoyed an impressive display again in the vital win and continues to be an important player for Hodgson’s side. Allen continued in his crucial midfield role, a key player for Coleman’s side.

Lining up in a compact 5-2-2-1 formation, the Reds midfielder was deployed alongside Joe Ledley – and later Dave Edwards – with Aaron Ramsey dropping in to pack central areas when out of possession.

The 26-year-old turned in a typically assured and composed performance in the heat of a physical encounter, bringing a calmness and element of quality to a scrappy contest.

Though starved of the ball for large periods – especially in the second half – Allen knitted play together well at times he could, settling his side down in a frenetic clash with sustained possession across the back-line and into midfield.

He performed a disciplined role in centre of the pitch, closing spaces well and limiting England’s passages through to the forward line throughout the first half – no doubt contributing to Kane’s ineffectiveness and withdrawal at the break.

The Welshman also showed glimpses of the added dimension he brought to his game this season with breaks from midfield in the first half, with one quick burst seeing him nut-meg England skipper Wayne Rooney in a highlight of the opening 45.

As Hodgson chucked on strikers in attempt to salvage the game, the top-heavy set-up saw Allen and the Wales midfield increasingly overrun, pinned on the back foot and therefore struggling to enjoy any control.

His influence dwindled further as a result, but as ever, he used the ball well when he had it, while he displayed some excellent intelligence in reading developing situations to break up play as Wales tried to hang on to a point.

The relentless pressure from the Three Lions eventually told, but Allen was as tidy and as efficient as always, and showed his class at moments he could on a tough day for his team. Part of a double substitution with Vardy at half-time, the stage was set for the frustrated Reds’ striker, who has been underused so far during the tournament.

But Sturridge made up for lost time by turning in a brilliant second half display that he capped off by making himself a hero – slotting home a classy last-gasp winner following some stunning footwork.

The 26-year-old, operating mainly from the right side, was straight into the action, clearly in determined mood as he fired some early warning shots from distance that were wayward but showed intent.

It was from his stand-up cross shortly after his efforts that caused panic in the Wales penalty box and saw Vardy equalise, after Ashley Williams lost his bearings and inadvertently knocked the ball down. Sturridge showed his quality with a crucial impact.

The Reds forward, in a class of his own, pulled the strings in the final third while also carrying the greatest goal threat for Hodgson’s men – especially when cutting inside on his favoured left foot.

Sturridge brought a patience and intricacy to England’s previously blunt attack and he played a key role in keeping Wales pinned on the back foot in the second period, arriving in space to receive the ball to feet, continually able to turn and drive at goal.

And he got the rewards his impact deserved as he capped an excellent cameo with a brilliant instinctive finish from close-range, showing the quality that unquestionably stands him out as England’s best striker.