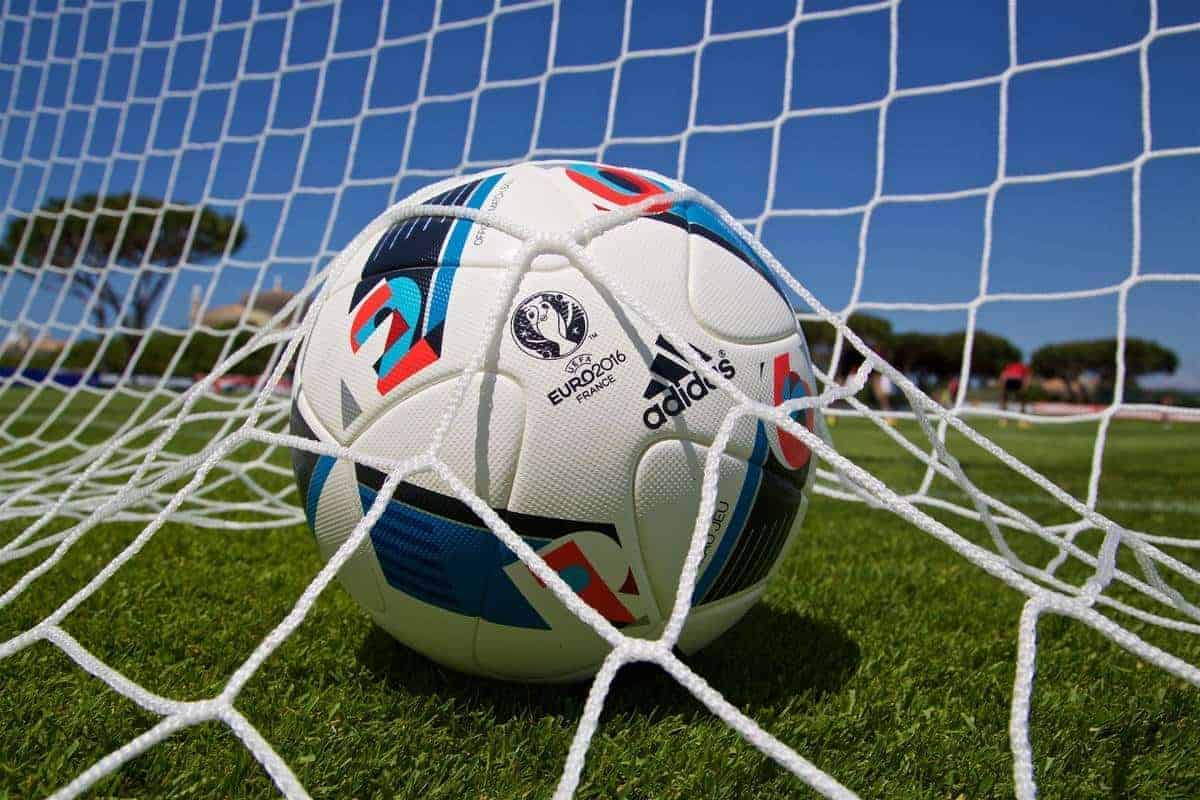 The European Championships are here, and who doesn’t enjoy making predictions for others to laugh at once they’re all wrong in four weeks time? We line up the TIA regulars for some egg on their face.

Euro 2016 features 24 teams for the first time, with France playing host to the 15th Euros. Spain have won the last two Euros, in 2012 and 2008, equalling Germany as the record three-times winners.

Liverpool have 12 players at the Euros, more than any other English club and a number matched only by Juventus.

We get the predictions of some of the This Is Anfield writers ahead of the tournament, with everybody agreeing on one thing at least…

My England XI would be:

Hodgson’s England XI will be:

England will reach the:

Henry: Quarter-finals. They will revert to type and put 10 men behind the ball as soon as they face a top team, and they don’t have the defence for those kind of tactics. If they get some luck – in fairness, England haven’t over the years – they could reach the semi-finals, at best.

Hodgson’s biggest mistake will be:

Jack: Building around Wayne Rooney, as ever.

Sachin: Getting to the semi-finals through a combination of luck, individual moments of brilliance and poor opposition and then not knowing how to deal with the first decent side England face.

Tom: Trying to crowbar Rooney into the starting XI.

Henry: Playing Rooney. Simple as that. He may score a couple and do ok, but there will be players on the bench who would do just as much, if not a lot more.

Aaron: Shoe-horning Rooney into every line-up, along with baffling sound bites.

James: Not working out his preferred formations before the tournament started.

England’s best Liverpool representative will be:

Sachin: Sturridge … if he plays.

Tom: Clyne (if he plays ahead of Walker).

Henry: Lallana. He has more chance of featuring heavily than Clyne, Henderson, Milner and Sturridge, and has looked good for England in recent matches.

Ben: Henderson – as I think he’s probably more likely to play than the others.

Which of Liverpool’s ‘for sale’ trio – Benteke, Allen, Skrtel – will boost their value the most?

Tom: Allen – more game time than Benteke and will get further in the competition than Slovakia.

Henry: Probably Skrtel, seeing as he is Slovakia’s captain and will be busy in the group stages. On the flip side, he could produce a repeat of his performance at Southampton, and never find a new club ever again! Karl: Joey Allen, as he’ll actually play and is decent.

James: Skrtel might add a few thousand but not much due to his age, so Allen.

Which team are you most looking forward to seeing?

Sachin: France. The hosts have the potential to be absolutely sensational.

Tom: Belgium – they have a fantastic, if unbalanced, squad which should be starting to gel by now. Can they live up to their potential? Henry: France. They are always fascinating, whether they’re atrocious or outstanding. There is never any middle ground.

James: Turkey and Croatia. Especially when they play each other!

The tournament’s top goalscorer will be:

Sachin: A Belgian, but not sure who. Definitely not Benteke.

Henry: Antoine Griezmann or Thomas Muller. One of the tournament’s poster boys vs the best big-game player in world football.

The tournament winners will be:

Sachin: France – if they click and avoid descending into race-based chaos. Henry: France. Like in 1998, being the hosts will benefit them, and in Paul Pogba and Griezmann, they have two of the best players at the tournament.

Sachin: Croatia. Should get out of Group D, alongside Spain, and have some very, very decent players, namely Luka Modric, Ivan Rakitic and Nikola Kalinic. Oh, and I quite like their kit.

Henry: Croatia. Modric and Rakitic are two of the best midfielders in Europe, and Mario Mandzukic is a very good target man.