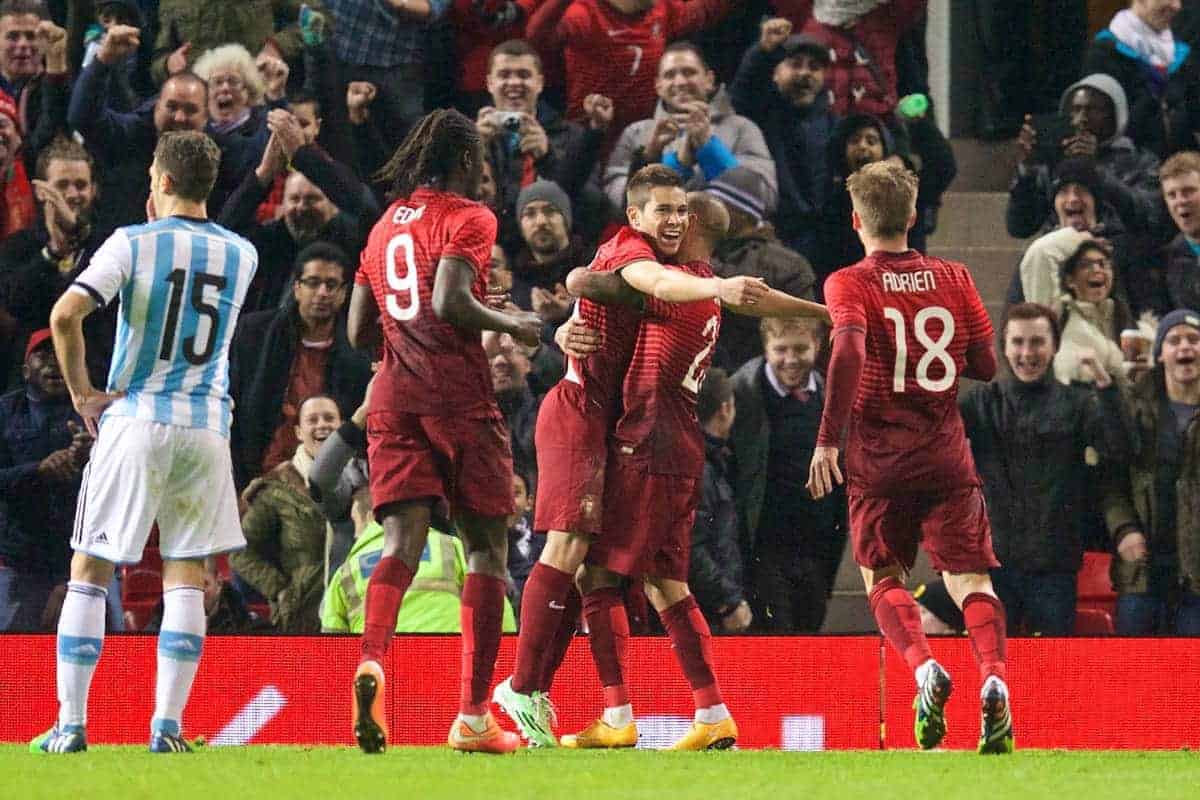 Lorient left-back Raphael Guerreiro, who has been linked with a move to Liverpool, has signed for Borussia Dortmund.

On Thursday morning, it was confirmed that Guerreiro has completed a move to the German giants, joining BVB on a four-year deal.

The 22-year-old Portugal international had been reported to be of interest to Liverpool, but once again, Dortmund have got the better of the Reds in the transfer market.

He has reportedly cost €12 million, with Lorient retaining a sell-on clause in the contract.

A new left-back appears to be top of Jurgen Klopp‘s list of priorities this summer, with Alberto Moreno failing to convince as Liverpool’s first-choice in the position last season.

Leicester‘s Ben Chilwell is still the most likely man to come in and compete with the Spaniard, although Germany’s Jonas Hector is another option.

For all Chilwell’s undoubted potential, fans will be concerned that such a young player is seen as the first-choice left-back to move to Anfield this summer.

Someone of Guerreiro’s experience would no doubt fill supporters with a little more confidence, although Klopp should be trusted during the transfer window.

Guerreiro is currently on international duty with Portugal at Euro 2016, and started their 1-1 draw with Iceland on Tuesday.

He played 102 Ligue 1 games for Lorient, and has won eight caps for his country to date, scoring twice.