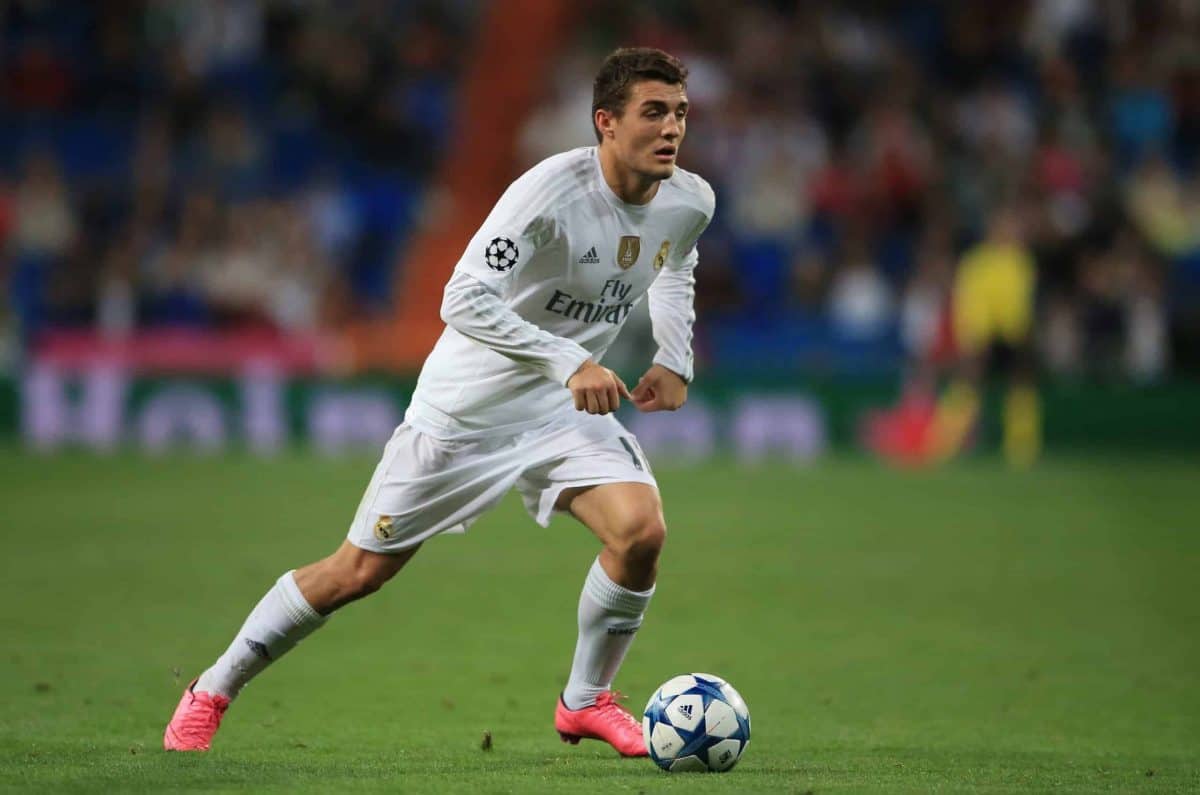 Liverpool are this weekend linked with a move for Real Madrid midfielder Mateo Kovacic.

The 22-year-old Croatian is out of favour at the Bernabeu, a year after moving from Inter Milan for €31 million.

He was used fairly regularly in the opening months of the season under Rafa Benitez, but has featured less as the season has progressed with new manager Zinedine Zidane.

In total he started just 11 games – subbed on 23 times in all competitions – and didn’t make the squad in the Champions League final last month.

He is therefore linked with moves away from Madrid this summer, with Juventus, Roma and AC Milan said to be interested, according to Sky Italia.

There’s talk of a loan move or permanent deal, with Liverpool interested in either.

The versatile midfielder can play a number of roles, but would certainly be a player supporters would welcome at Anfield – perhaps providing some of the creativity the Reds crave in the centre.

Kovavic has been on the bench for both Croatia’s Euro 2016 games so far. He replaced Luka Modric in their last game against Czech Republic and could take his Real Madrid team mate’s place in their final group game against Spain on Tuesday after Modric picked up a groin injury.

One to keep an eye on, and certainly a good move for Liverpool whether it was a loan or permanent deal.