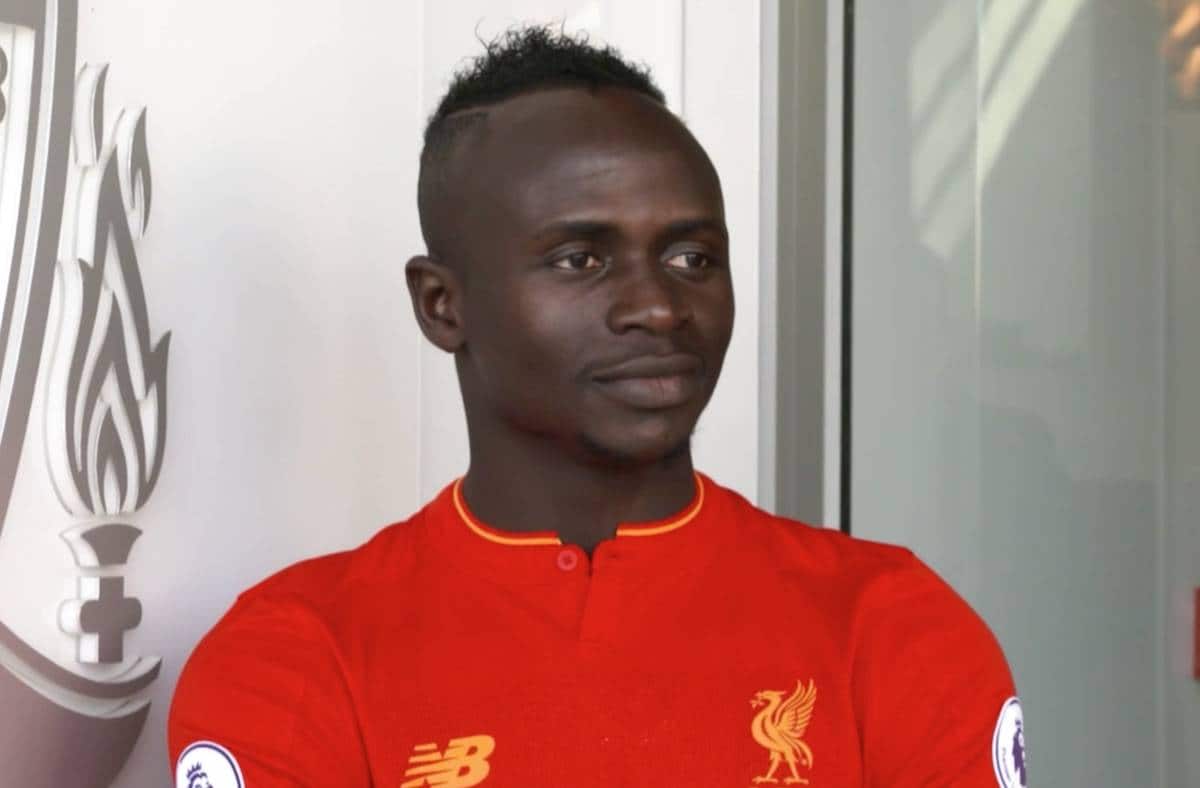 Mane joined the Reds on a five-year deal on Tuesday afternoon, with his former club receiving a £30 million fee.

The 24-year-old has spent the last two seasons with the Saints, but now follows Adam Lallana, Nathaniel Clyne and Dejan Lovren to Merseyside.

Moving from an upwardly mobile club to one seeking to challenge at the top end of the Premier League, Mane will be expected to deal with heightened expectations at Liverpool.

But speaking to Senegalese outlet RTS 1 en Direct, Sakho welcomed the arrival of the Sedhiou-born star to what he described as a “fantastic club.”

“We [have] met two or three times on the pitch and in the tunnel,” he said, with their last meeting coming in March’s 3-2 defeat at St. Mary’s.

“It’s already been four years that I’ve been at this fantastic club and he will discover that by himself.”

Mane scored twice in that defeat on the south coast, providing both Sakho and Jurgen Klopp with a showcase of his attacking talents.

The former Red Bull Salzburg attacker regularly drifted inside from his left-sided role during that victory, scoring twice after missing a penalty, exploiting the flaws of Martin Skrtel.

Mane had already scored twice against the Reds in 2015/16, once in October’s 1-1 draw at Anfield, as well as a header in the first minute of Southampton‘s eventual 6-1 defeat in the League Cup quarter-finals.

Speaking on Tuesday, Mane hailed Klopp’s influence in his move to Liverpool, saying that it was “the right club, the right coach and the right moment to change.”

Sakho will certainly be pleased to line up alongside Mane rather than against him in 2016/17, and the Frenchman can hope for more goals from his new team-mate.