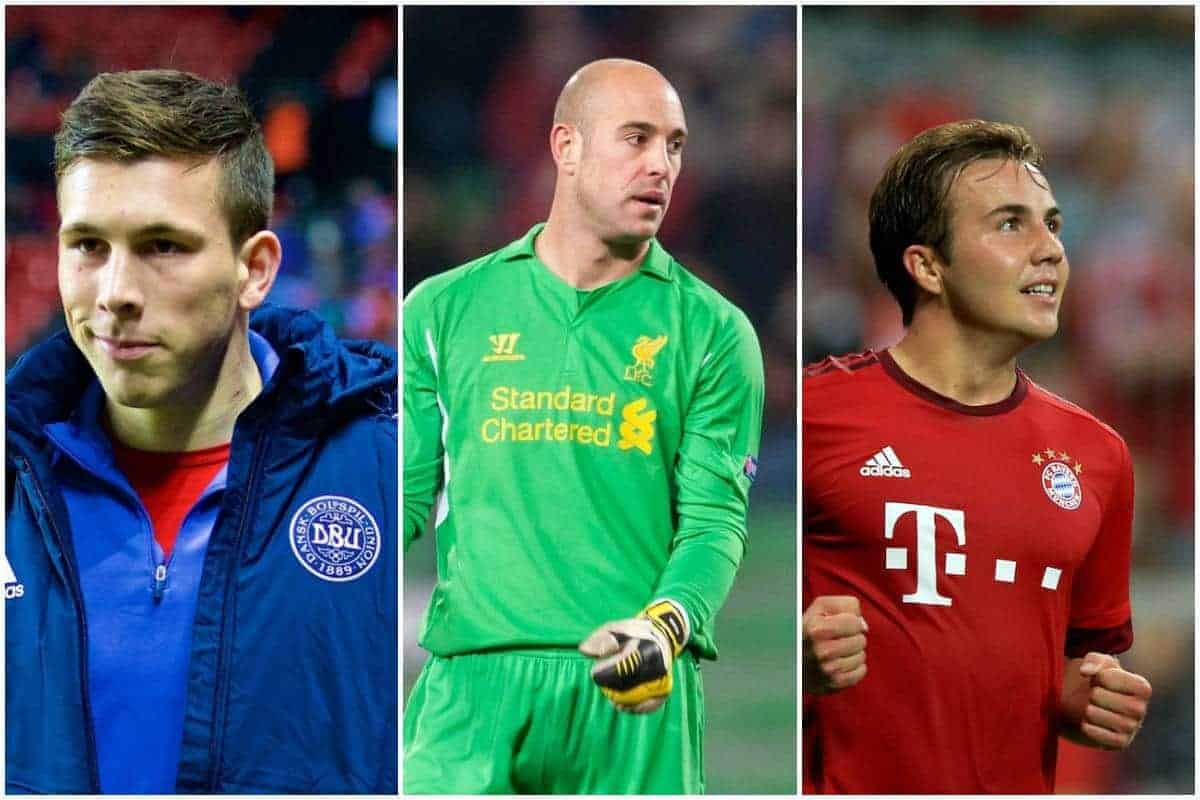 Copa America begins this week and Euro 2016 next week, but the transfer rumours continue with the Reds linked with plenty of moves around Europe this Wednesday.

It’s the first day of June, which means the transfer window officially opens a month today. That’s when the deals for Joel Matip and Lorius Karius will be officially registered, and when Marko Grujic will join them in being Jurgen Klopp‘s first signings.

There’s plenty of talk on who else will join them at Anfield this summer, while we’ve also listed a staggering 21 players who are almost certain to leave the club this summer, whether on loan or permanently.

Here’s today’s round-up of Liverpool transfer news, including one potential return, yet another young midfielder with potential, and a Bayern Munich player who isn’t Mario Gotze. Having seemingly missed out on Mario Gotze this summer, and having scouted Leroy Sane extensively last season, it seems another Schalke player, on loan from Bayern, has caught the Reds’ eye.

Midfielder Pierre-Emile Hojbjerg, a versatile 20-year-old, is linked after Jurgen Klopp‘s biographer Lee Price talked up a move to Merseyside for the Denmark international.

“Hojbjerg announced that he will leave Bayern this summer and he would relish the opportunity to be developed by Klopp,” says Price.

“He knows he isn’t ready to play in the Champions League just yet, which is why Liverpool is the perfect option.

“Hojbjerg is a real talent, a class act in midfield with bags of potential. He’s just the type of player Klopp likes.”

The player himself has seemingly accepted he needs to leave the German giants this summer, saying: “I’m going out and finding the right match, I’ll go out and find something that suits me. However, it is clear that it does not need to be a top club. I need to find a place where there is perspective.”

Pulling at your heartstrings in today’s rumour mill is Italian paper Corriere dello Sport, who claim Liverpool are interested in bringing Pepe Reina back to Merseyside as backup ‘keeper and goalkeeper coach.

It’s difficult to see that happening while Simon Mignolet remains at the club, but perhaps would become more of a possibility should the Belgian leave later in the summer.

Mind, it’s still hard to see why Reina, who is now 33, would leave Napoli where he was an ever-present for the Italians last year. Stranger things have happened but don’t put your mortgage on this one.

An alternative to Hojbjerg perhaps, Liverpool are also linked today with Belgian youngster Samuel Bastien – who was reported to be on the club’s radar last November too.

Bastien is 19 and had an impressive loan spell with Serie B side Avellino in 2015/16.

Mario Gotze turned down a moves to Liverpool and Borussia Dortmund last month because he thinks the clubs would be a backwards step from Bayern Munich. This is according to German magazine SportBild.

The Bayern player is said to believe that Real Madrid, Barcelona, and ‘possibly even’ Arsenal are the top clubs he should be aiming for. French paper L’Equipe claim Lorient have rejected a €10m (plus €2m in add-ons) offer from Dortmund for left-back Raphael Guerreiro, who was linked with LFC last week.

But according to the Mail and Bild, Guerreiro has agreed personal terms with Dortmund ahead of a move to BVB.