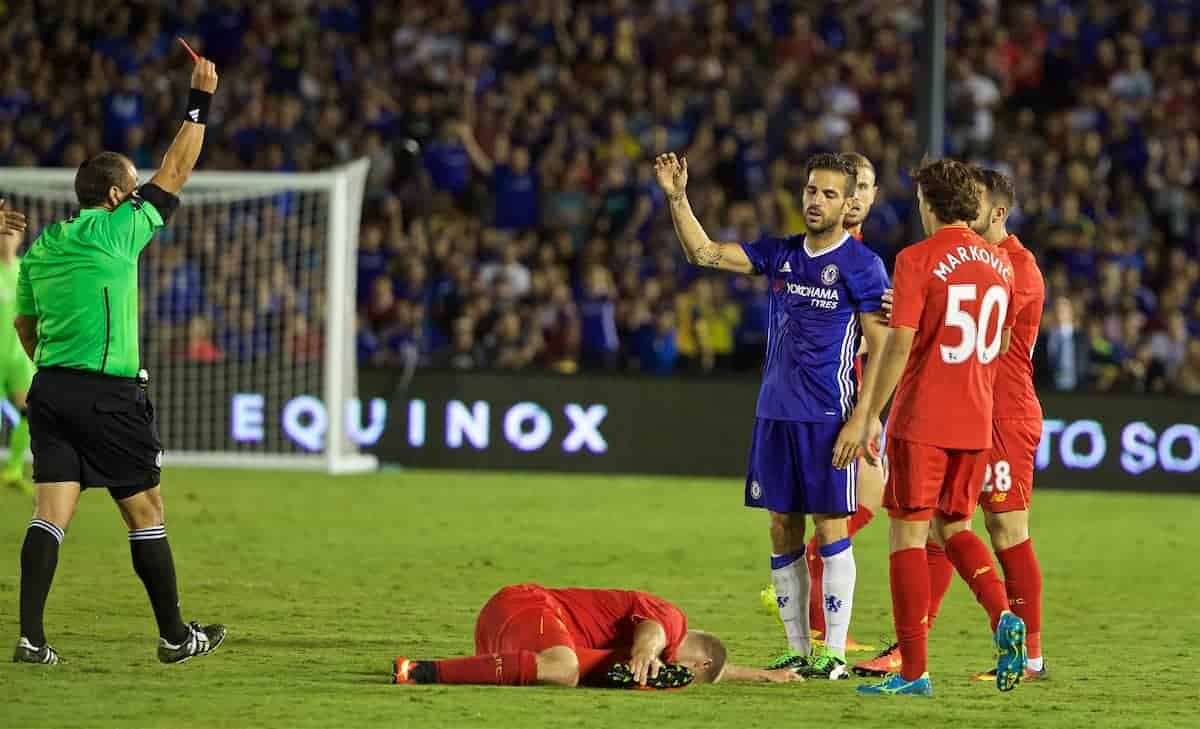 Chelsea‘s Cesc Fabregas has apologised to Liverpool defender Ragnar Klavan for the studs-up challenge which saw the midfielder sent off in their International Champions Cup clash in Pasadena.

The Spain international slid in and caught the new signing on the top of his foot in the second half of the Blues’ 1-0 win and the referee Baldomero Toledo immediately brandished a red card.

However, Fabregas sought out the Estonia international afterwards to offer his apologies.

“It’s a red card. He came by us in the dressing room and said sorry,” Liverpool manager Jurgen Klopp told his post-match press conference.

“He came too late in the challenge, of course. Sometimes in life if you are too late you get a red card, especially in football.”

Klopp has concerns over another new signing, Marko Grujic, after the midfielder was taken to hospital with suspected concussion after a collision with Bertrand Traore towards the end of the first half.

“The biggest problem for me in this moment is that Marko Grujic is in hospital, because he can’t remember anything. That’s not too cool,” added the German.

“Hopefully it’s not too serious. Injuries after games like this in pre-season is the biggest problem obviously.”

“In this period the fatigue can sometimes bring a bit of going too late,” he said.

“I know Fabregas is a good man and it is not his habit to have this sort of situation.”