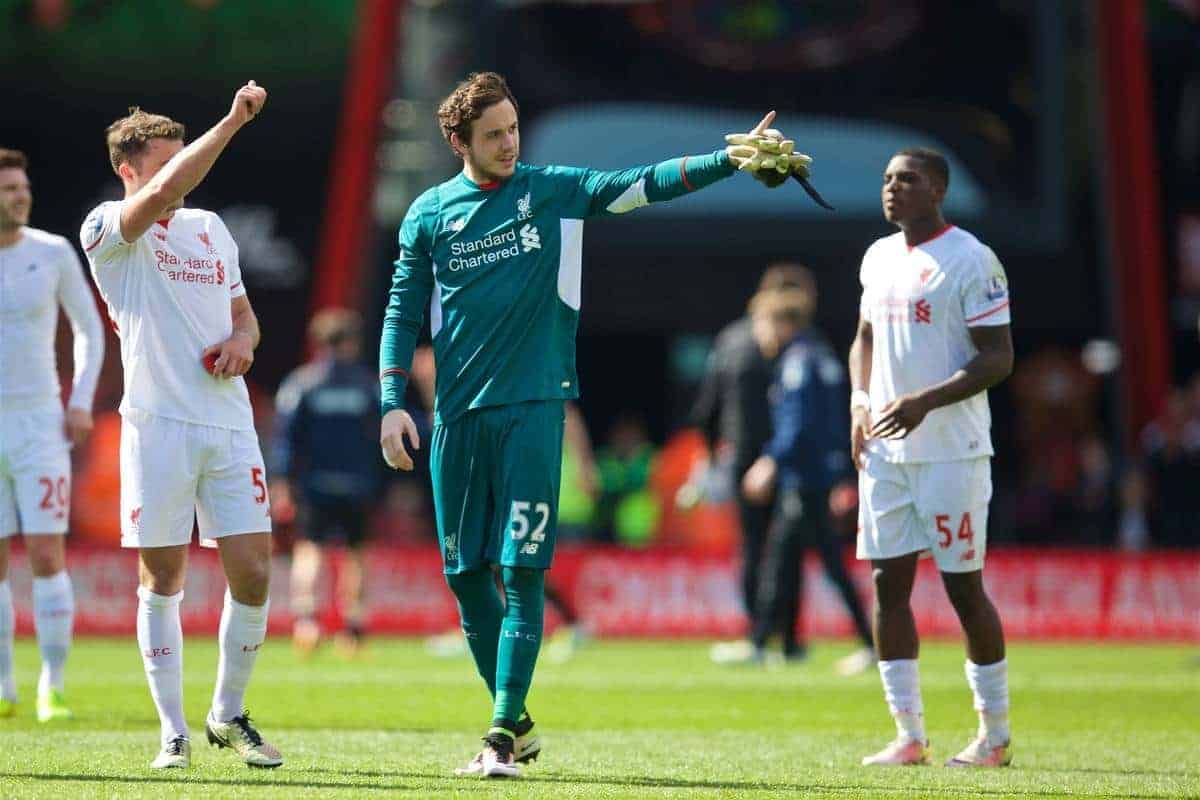 The news was confirmed by the club on Monday.

It is reward for what has been a whirlwind 12 months for the 23-year-old, who has gone from relative unknown to Euro 2016 semi-finalist.

Ward was recalled from an excellent loan spell at Aberdeen at the start of the year, with Jurgen Klopp thought to have been impressed with his performances.

The German handed Ward his Reds debut against Bournemouth in April, and the Welshman ensured his side left the south coast with a 2-1 victory.

A good performance at Swansea City followed, despite Liverpool losing 3-1, before he headed off to the Euros with Wales.

Injury to first-choice goalkeeper Wayne Hennessey saw Ward thrown into the team for their opener with Slovakia—just his third international cap.

He performed solidly in the game, with Wales winning 2-1, and although Hennessey’s return saw him relegated to the substitutes’ bench, Ward was still an important part of the squad that reached the last four.

Ward’s short-term future lies away from Merseyside, however, with Loris Karius and Simon Mignolet set to battle it out for a regular place in the Liverpool team next season.

The loan move to Huddersfield makes perfect sense, as Ward continues to mature as a player.

“I’ve spoken before about using the loan market to bring special talent to the club and Danny is another great example of this, following closely on from Aaron Mooy’s arrival. That is why there was such strong competition to take Danny,” Wagner said.

“I would like to thank Liverpool for the help the staff at the club have given us in allowing Danny to join us.

“Danny is a goalkeeper that Liverpool rates very highly, which is why he has signed a new long-term contract at the club.

“He did very well out on loan last season and I believe we can help him take the next step in his career this season, so he will return to Liverpool a better goalkeeper.”

He is a goalkeeper with a good mentality and plenty of self belief, and unlike many youngsters who fail to make the grade at Anfield, he may well have a bright future there.