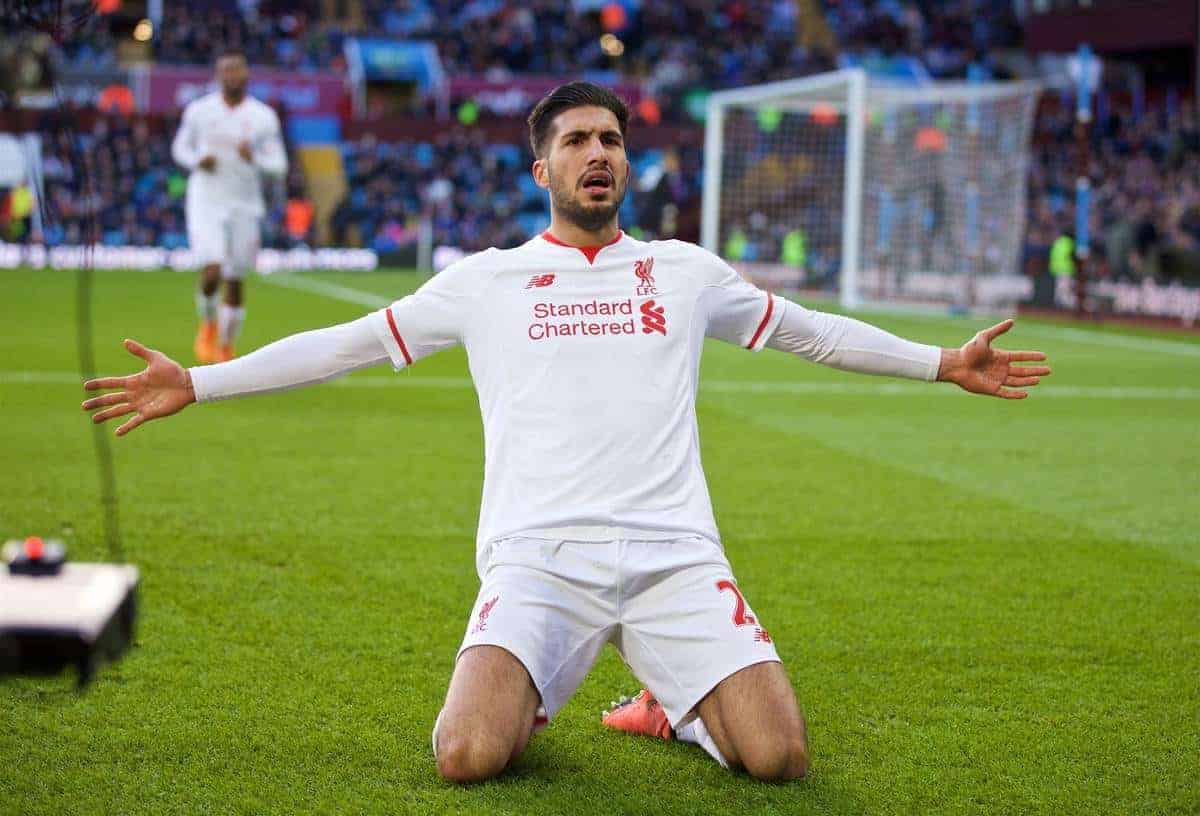 Liverpool midfielder Emre Can could be set to start for Germany in Thursday’s Euro 2016 semi-final showdown with France.

Such is the brilliance of Germany’s current midfielders, the 22-year-old has only sit and watched from the substitutes’ bench so far during the competition.

With Sami Khedira definitely out of Thursday’s game, and Bastian Schweinsteiger also a doubt, Can could well be drafted in, though.

Manager Joachim Low has been impressed by the Reds midfielder’s performances in training, and says he could well feature against France.

“He (Can) is a player who can be used in a lot of different positions,” Low said.

“In training, he has been very convincing. Physically he is very strong and skilled. I think that a player like Can would do our game a lot of good.

“I made the mistake many years ago [of fielding a player who was unfit] and I won’t make it again.” It would be a momentous occasion for Can if he were selected, and along with Borussia Dortmund’s outstanding youngster Julian Weigl, he looks in pole position for a call-up.

Can has won just six caps for his country to date, and throwing him into a game of such magnitude will be an intriguing test of his ability.

The former Bayer Leverkusen man was one of Liverpool’s best players last season, producing some superb performances in the middle of the park as they reached two cup finals.

His game has gone up a notch under Jurgen Klopp, and even if he doesn’t play on Thursday, it feels like a matter of time before he is an international regular.

Meanwhile, it has been revealed that Can will miss Liverpool’s tour of the United States later this month, due to him being given three weeks off after the Euros.

The same applies to Joe Allen and Danny Ward, who reached the semi-finals with Wales on Friday evening, following a historic 3-1 win over Simon Mignolet, Divock Origi and Christian Benteke’s Belgium.