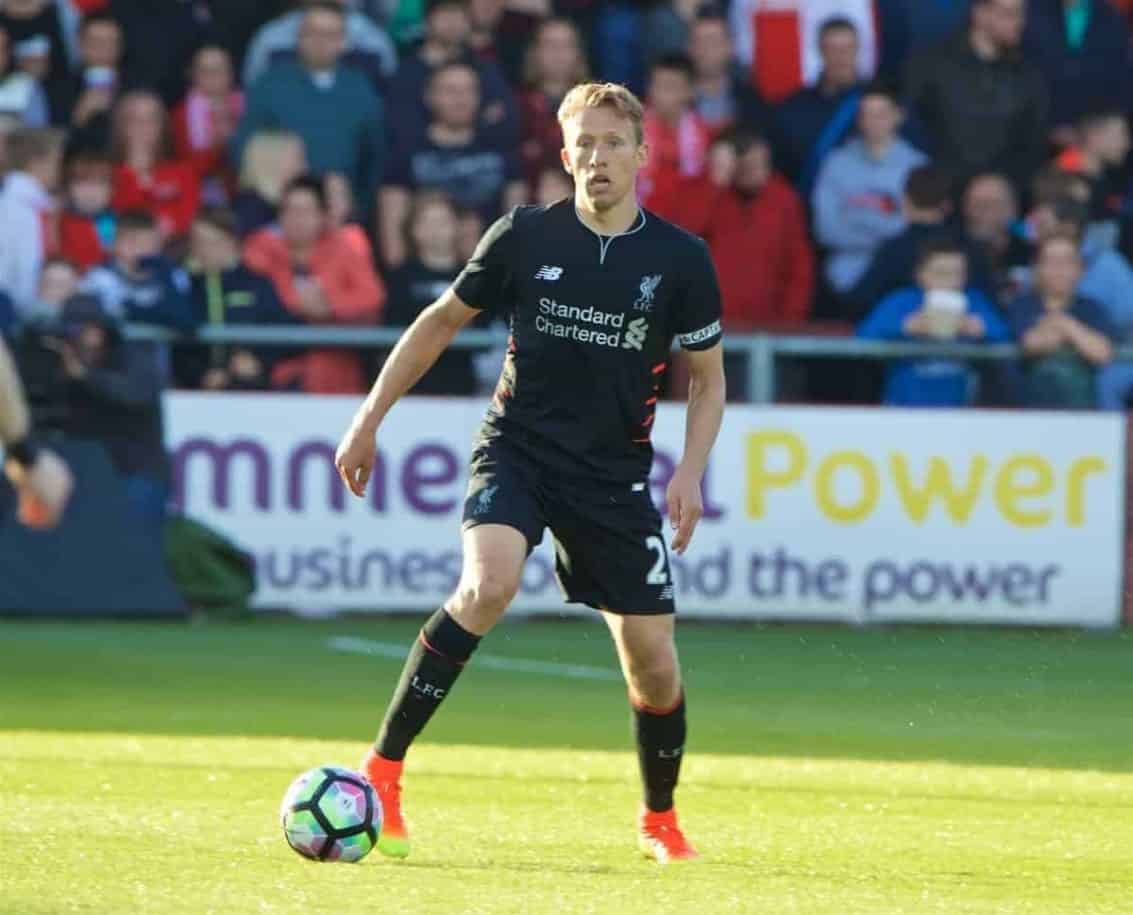 Long-serving Liverpool midfielder Lucas Leiva could be on the way to Galatasaray, after the Turkish club confirmed their interest.

Lucas has spent the past nine seasons on Merseyside, but 2015/16 could prove to be his last as Jurgen Klopp trims down his squad ahead of the new campaign.

The Reds have already accepted a £13 million bid from Stoke City for Joe Allen, with the likes of Emre Can, Jordan Henderson and Marko Grujic poised for regular roles in 2016/17.

The Brazilian could follow Allen through the Anfield exit, as well as following Martin Skrtel to the Turkish Super Lig.

According to local outlet Fanatik, Lucas has been made a priority target by the Istanbul club, with Jan Olde Riekerink looking to secure a deal worth around £2.5 million for the 29-year-old.

Lucas has already been linked with a loan move to the Turk Telekom Arena, but Galatasaray are said to be willing to agree a permanent signing.

Speaking to GSTV this week, Galatasaray director Levent Nazifoglu confirmed that the club are considering Lucas, saying “one of the players we are interested in is Leiva, but there are other alternatives.”

This serves as an unequivocal signal of Galatasaray’s intentions, and they could begin talks with the Reds in the coming days.

Lucas has travelled with Klopp’s squad for their pre-season tour of the US, but may not feature after suffering a hamstring injury in Wednesday night’s 2-0 win away to Huddersfield Town.

Liverpool are still awaiting the results of a scan, but Lucas’ lengthy injury history paints a troubling reality.

A loss of mobility following a number of serious issues has seen Lucas’ midfield influence wane, and while the former Gremio midfielder produced a string of positive displays under Klopp, he is a poor fit for the German’s system.

Lucas was close to sealing a move to join Galatasaray’s title rivals Besiktas last summer, but Brendan Rodgers moved to quash a deal after his impressive form in midfield.

With Klopp proving ruthless in his culling of veteran figures this summer, however, with both Skrtel and Kolo Toure leaving the club so far, Lucas’ luck may finally be out.