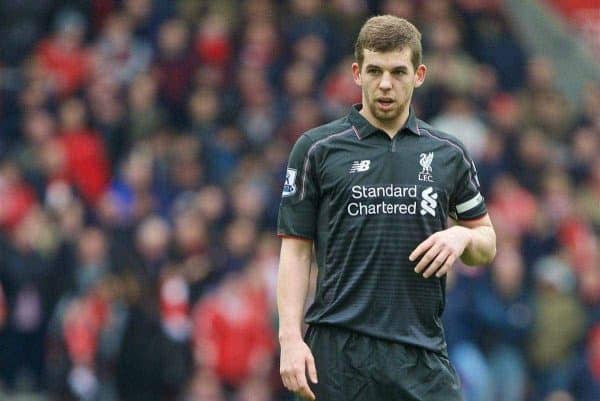 Jon Flanagan set to stay at Liverpool despite reported interest

Liverpool manager Jurgen Klopp has outlined a regular role for full-back Jon Flanagan in 2016/17, and won’t sanction his departure.

Flanagan endured a nightmare spell on the sidelines with a knee injury, before returning to the fold for Liverpool’s FA Cup third-round victory over Exeter City in January.

After proving his fitness to Klopp in the proceeding months, Flanagan signed a new three-year contract with the club in March.

But despite Flanagan’s commitment to Liverpool, reports this summer have linked the 23-year-old with a move away from Merseyside.

However, according to the Liverpool Echo, Flanagan is not available, either on loan or permanently.

Furthermore, though Brendan Rodgers’ Celtic were among those linked with a move for the versatile defender, no club is said to have made an approach to secure his signature.

This is likely due to a hardline stance from Klopp, who sees Flanagan playing a regular role in his Reds squad this season.

Flanagan has featured in both of Liverpool’s pre-season friendly clashes so far, and while he still looks short of match fitness, he is poised to serve as cover at full-back in 2016/17.

Nathaniel Clyne and Alberto Moreno will remain Klopp’s first-choice options at right-back and left-back respectively, with Flanagan able to operate in either role.

With Klopp likely missing out on the signing of Leicester City left-back Ben Chilwell this summer, Flanagan’s first-team prospects have increased.

Flanagan will join Australian left-back Brad Smith in Klopp’s first-team squad, with Connor Randall said to be the subject of loan interest from Championship clubs.

Speaking after an early return to pre-season training at the beginning of July, Flanagan said he was looking to get “super fit” for the new campaign.

“Although it was frustrating for me not to be in the squad on matchdays towards the end of last season, looking back now maybe it was the right decision,” he said.

“Now I feel great and things are going well. The knee is perfect.

“I haven’t missed a single session so far and it’s all good. Hopefully it carries on like that.”