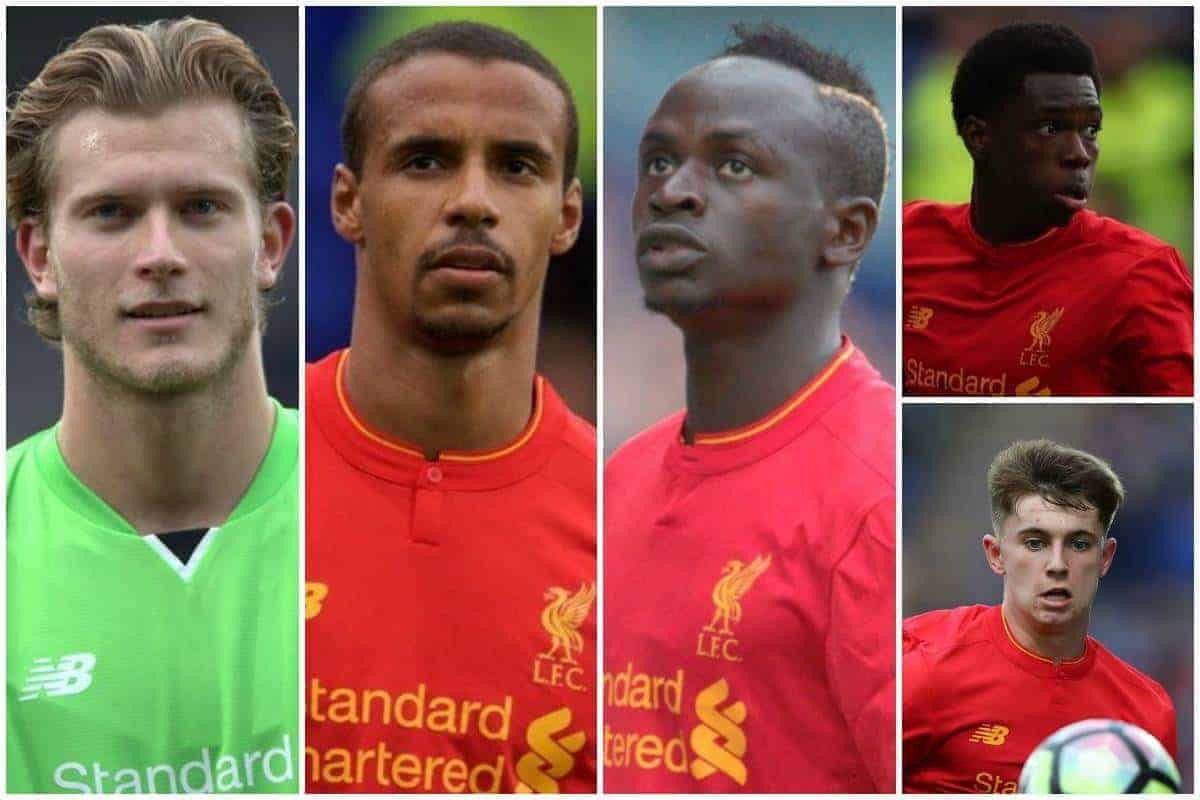 Jurgen Klopp gave a number of players their first taste of action in a Liverpool shirt in Friday night’s 1-0 win over Tranmere Rovers.

A late Danny Ings strike sealed victory for the Reds in their first of nine pre-season friendlies this summer, though Klopp will have been more encouraged by his side’s fitness levels rather than the result.

Preparing his side to go full-tilt in the Premier League, FA Cup and League Cup in 2016/17, Klopp will demand high intensity from his side throughout the summer.

Here, we assess how this quintet performed against Tranmere, as well as U18s captain Trent Alexander-Arnold—making his second pre-season appearance following his outing against Swindon Town last summer.

22-year-old goalkeeper Karius joined Liverpool in a £4.7 million deal in May, and taking up the No. 1 shirt on his arrival, looks set to take on Simon Mignolet for the role of Klopp’s first choice.

With Mignolet currently on holiday following his time with Belgium at Euro 2016, Karius was handed his first start at Prenton Park, playing 45 minutes before being withdrawn.

While Tranmere did little to test the former Mainz stopper in the first half, what was most impressive about Karius was his front-footed approach in the penalty area.

Quick to snuff out loose balls and, crucially, move possession swiftly on to his centre-backs, Matip and Dejan Lovren, he provided impetus from his position at the back.

Showing composure on the ball and, when called upon, a strong command of the 18-yard box, Karius looks capable of taking over duties from Mignolet this season. “Joel Matip had a little surgery during the break—he had a screw in his ankle, so they had to take it out because it was an old injury,” Klopp revealed after his side’s victory.

“He got a little bit of an infection and he’s only been two weeks in training.”

With this in mind, it would be unfair to assess Matip’s 45-minute display against Tranmere in a critical light, with Klopp admitting that the 24-year-old was unable to jump due to his ankle problem.

But the Cameroon international showed strength and assurance alongside Lovren at the back, with early signs of a promising partnership between the two emerging.

Perhaps most telling was that Klopp deployed Matip on the right-hand side of his central pairing—Lovren has spent much of his time under the German so far in that role, but took up duties on the left at Prenton Park.

With Mamadou Sakho cleared to return to action following his UEFA hearing on Thursday, it may well be that Klopp has earmarked Matip as the Frenchman’s regular partner at the back. Sealing a £30 million move to Merseyside from Southampton following swift negotiations at the end of June, Senegalese forward Mane arrives at Liverpool with lofty expectations.

Though 45 minutes against National League opposition is a meagre yardstick for quality, Mane’s performance at Tranmere suggested he can shine under Klopp.

Fielded on the right wing in Klopp’s 4-2-3-1, Mane showcased his pace and intelligent movement, combining excellently with centre-forward Roberto Firmino, dropping deep to place an inch-perfect through ball for the Brazilian on 19 minutes.

Mane was Liverpool’s most dangerous attacking threat in the first half, regularly drifting inside to trouble Tranmere’s defenders on the edge of the box.

The 24-year-old was able to stretch play with his quick feet, and latching on to an ambitious 50-yard pass from Lovren on 40 minutes, he showed he is capable of operating in Klopp’s direct attacking system. Despite only joining Klopp’s squad for pre-season training at Melwood during the week, Ejaria was a surprise inclusion in the starting lineup at Prenton Park, with Ings left on the substitutes’ bench.

Ejaria served as Liverpool’s No. 10 in the first half, and despite this being his first appearance for the senior side, the 18-year-old looked assured in his duties.

Particularly striking about Ejaria’s performance was how the former Arsenal youth was constantly looking around to assess the space afforded to him, demanding possession from his team-mates whenever possible.

Showing quick feet in navigating an aggressive midfield battle, Ejaria didn’t look out of place in Klopp’s strong Liverpool side, and linked up well with Mane, Firmino and Ryan Kent.

Brought on in place of Kent at half-time, 16-year-old academy forward Woodburn took up his role on the left flank, supporting Ings and Lazar Markovic in a rejigged 4-3-3 formation.

While, as with the first half, much of Liverpool’s attacking play was channeled down the right wing after the break, Woodburn still showed promising signs cutting inside, and wasn’t reluctant in letting fly from range.

Still very much a raw talent, Woodburn will likely drop back down to Neil Critchley‘s U18s squad for 2016/17, but his appearance against Tranmere underlined Klopp’s faith in his future.

After a reasonable showing against Swindon just under a year ago, Alexander-Arnold looked determined to prove himself in his first outing under Klopp on Friday night.

Deployed on the right of Klopp’s midfield three, he injected energy alongside Kevin Stewart and Pedro Chirivella, pushing forward into the attacking third to combine with Markovic and Ings.

Perhaps owing to his regular role as Critchley’s right-back, Alexander-Arnold provided a number of overlapping runs in support of Markovic and almost laid on a goal for Ings with a lofted cross.

It wasn’t long before the 17-year-old had made his influence felt, driving forward after picking up Markovic’s pass and playing Ings in after an intelligent run from the striker.

Ings powered the ball past Iain Turner, and Alexander-Arnold will have impressed Klopp with his persistent industry, line-breaking pace and age-defying maturity.

Liverpool’s next pre-season friendly sees them take on Fleetwood Town at Highbury on Wednesday July 13 (7pm BST). This is Anfield will have live coverage of the clash on the night.